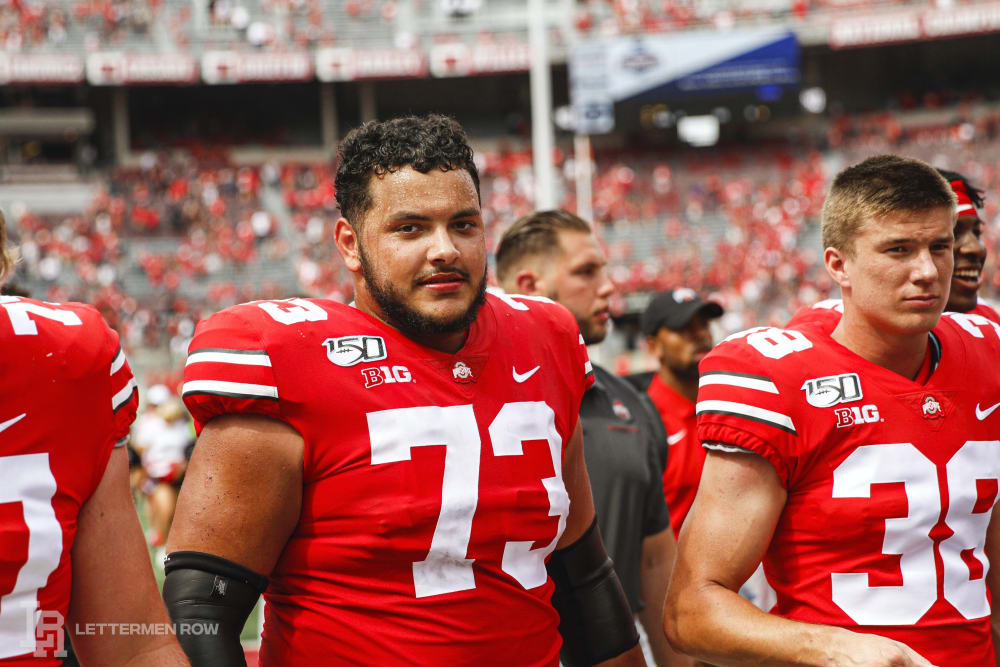 The speculation, debate and conversations about Ohio State never end, and Lettermen Row is always ready to dive into the discussions. All week long, senior writer Austin Ward will field topics about the Buckeyes submitted by readers and break down anything that’s on the minds of the Best Damn Fans in the Land. Have a question that needs to be tackled, like the one today about the Ohio State and the early success of the offensive line? Send it in right here — and check back daily for the answers.

Ryan Day admitted leaving the Horseshoe on Saturday with some doubts about just how well his rebuilt offensive line had played in the season opener.

Then the Ohio State coach popped in the tape, and both his mood and the outlook for that unit improved dramatically. By the time the film had been graded, all five starters had been recognized as Champion performers, an honor the program certainly doesn’t give out haphazardly.

Were those Buckeyes perfect? Of course not, and there was never an expectation of that for the first game of the season for a unit with four new full-time starters. But Ohio State put together a dominant stretch in the opening quarter that showed how high the ceiling might be for those big, athletic blockers — and even the lulls that followed weren’t necessarily because of them.

Day saw some issues with the running backs perhaps not hitting the correct holes or maximizing the yardage available. Immediately after the game he indicated that quarterback Justin Fields could have helped more with handling the protections and with better decision making. And then there’s the combination of Florida Atlantic throwing new looks at the Buckeyes, while at the same time the play-calling seemed to become more conservative in what appeared to be an effort to protect Fields and keep him from running the football. 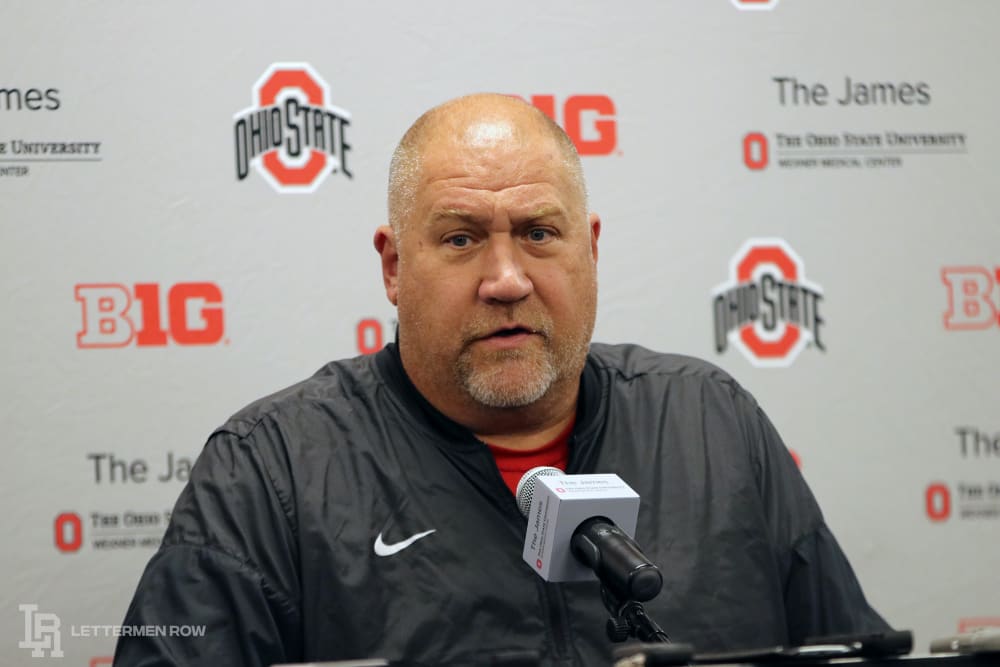 Ohio State offensive line coach Greg Studrawa was encouraged by what he saw from the Buckeyes. (Birm/Lettermen Row)

With all of that in mind, it’s much easier to understand how and why the Buckeyes wound up with an extra jolt of confidence with the offensive line heading into a much more difficult challenge against Cincinnati.

“After watching the film, I was more pleased with the way the offensive line blocked than I thought coming off the field there,” Day said. “There was some funky looks. I thought there was some more yard to be had in the run game than was actually there. Some of that goes back to you see the same defense over and over again, the runs kind of hitting the game gaps over and over again. You get into a rhythm that way. Although it wasn’t clean, and they did try to bring a bunch of stuff at us, I thought for the most part we moved them.

“Jonah Jackson had nine knockdowns in the game and Josh Myers had six knockdowns. Those guys played with effort, and we have to do a better job of finding the hole and making yards after contact. That’s the bottom line.”

Another bottom-line fact: Ohio State can play better, and it almost always shows improvement from Week One to Week Two.

But for a starting point, the Buckeyes seemed to be developing chemistry, playing with a nasty streak and winning a lot of matchups when it really mattered in the opener. And it should only get better for Ohio State from here.