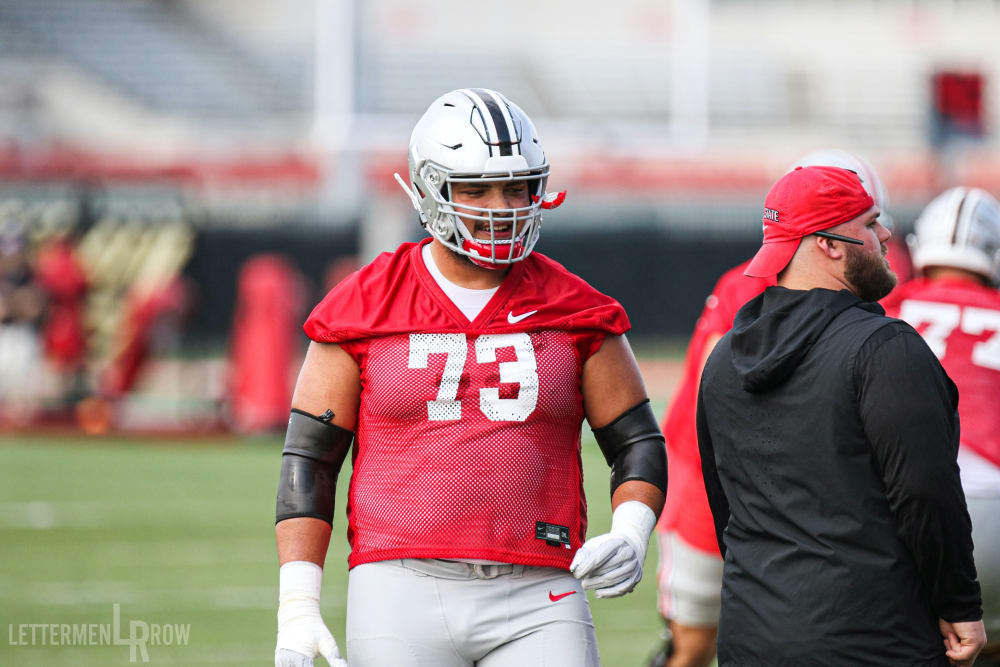 Ohio State guard Jonah Jackson has had to prepare for the Rushmen as an opponent and a teammate. (Birm/Lettermen Row)

COLUMBUS — Ohio State guard Jonah Jackson has been here before.

He has prepared to block the famed Ohio State defensive line — Larry Johnson’s Rushmen — three times in his career, all while he was lining up for an overmatched Rutgers squad that couldn’t stack up against a talented, NFL-ready unit.

Jackson knows how hard it is to go head-to-head against some of the country’s best defensive linemen. But every day in practice? That’s a new animal Jackson is now learning to do as training camp chugs along. The talented graduate transfer is part of a new-look, inexperienced Ohio State offensive line.

But by the time that line takes the field against Florida Atlantic on Aug. 31, the experience against the Buckeyes defensive line will make the opener a little more bearable.

“Going against [the Rushmen] guys every day, it slows things down when it comes to Saturday,” Jackson said. “Those guys are just right on the ball. Coach Johnson has them tee’d up.”

Tee’d up seems to be a good way to describe one of the best, deepest defensive lines in college football. Chase Young has All-America potential. Jonathon Cooper can be an all-Big Ten end as well, and 4-star ends litter the roster beyond them. Ohio State’s defensive tackles go five and six deep on the depth chart.

And the Ohio State offensive line battles those defensive linemen every day in practice.

But the offensive linemen, the Slobs, use that to their advantage in the weeks leading up to the season. The cliche is “iron sharpens iron.” The Buckeyes know that too well.

“When I came in [the Big Ten Championship Game], it was such a fluid transition because practices here are so intense,” said Wyatt Davis, who hadn’t started a game in his career until the win in Indianapolis. “I feel like practices are 10 times harder than the games. Just as far as the expectation of practice, there’s no lacking the expectation for us. It doesn’t matter if you just get here or if you’re just starting up, there shouldn’t be any drop off.” 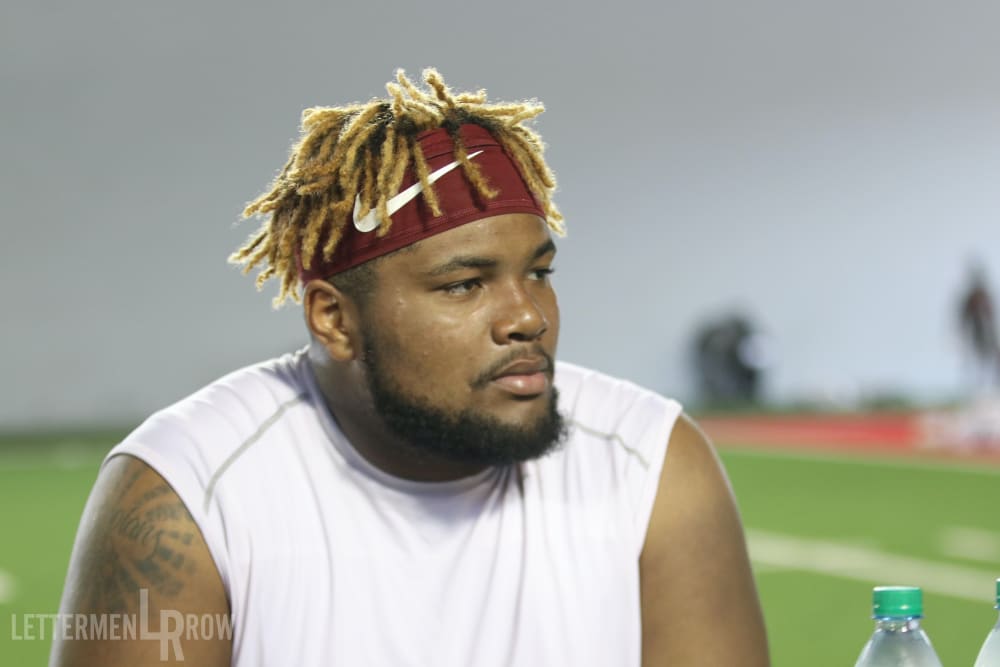 Ohio State guard Wyatt Davis is primed for a big year in the interior. (Birm/Lettermen Row)

That’s why the Buckeyes have spent the offseason building much-needed depth up front. There was a time two years ago when Ohio State couldn’t afford an injury along the offensive line. Now though, the unit feels it can roll 10 different offensive linemen onto the practice field and not miss a beat.

That’s part of the competitive nature at Ohio State. The ultra-talented defensive line makes the offensive line better. While the defensive line has guys deep on the depth chart that could start at most Big Ten schools, the second-team offensive line can go against Rushmen who are just as talented as the starters.

It makes everyone better.

Jackson has now been on both sides of the same coin. He had to prepare for the Buckeyes defensive line for years at Rutgers, but that was only once a year. Going against them every day has only made him a better left guard to sidekick for left tackle Thayer Munford.

“Seeing those [Rushmen], those guys play on Sundays,” Jackson said. “You just have to be ready and have the game plan down, their blitzes, their stunts and the straight-up rush.

Once Jackson transferred to Ohio State, the hard part shifted from blocking them once a year to once a day.

That might make his Saturdays a little more fun this fall.