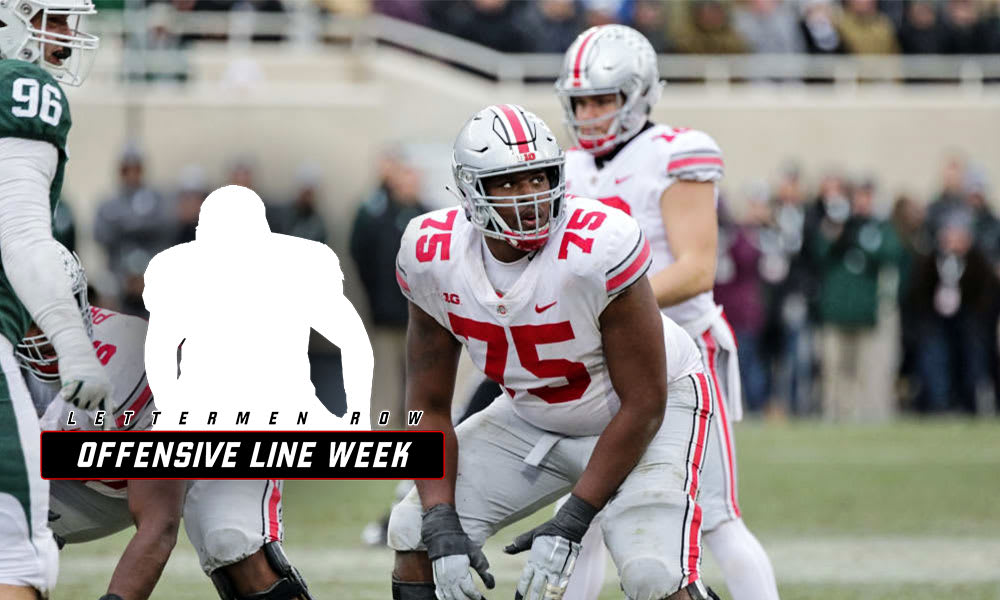 Ohio State left tackle Thayer Munford will be counted on as a leader for the Buckeyes. (Birm/Lettermen Row)

COLUMBUS — There is still some uncertainty at Ohio State, and it’s completely understandable given the situation on the offensive line.

The only full-time returning starter missed spring camp while recovering from injury. Even with a veteran group a year ago, the season was filled with some inconsistent performances and occasional issues getting on the same page. A couple likely starters have never taken a meaningful snap for the Buckeyes yet in their careers.

But those questions haven’t done anything to damper the enthusiasm for Ohio State as it looks at the potential for that critical unit up front. The Buckeyes need that group to be the best in the Big Ten, and depending on how quickly it can develop chemistry, that’s a goal that should be well within reach.

“I have high hopes for the offensive line, seeing the way they’re running around right now,” Ohio State coach Ryan Day said recently. “Thayer Munford is really looking strong right now, and then when you when you kind of roll them all out there we have some guys who have a chance to be really good. You know they’re all going to be kind of battling for spots. 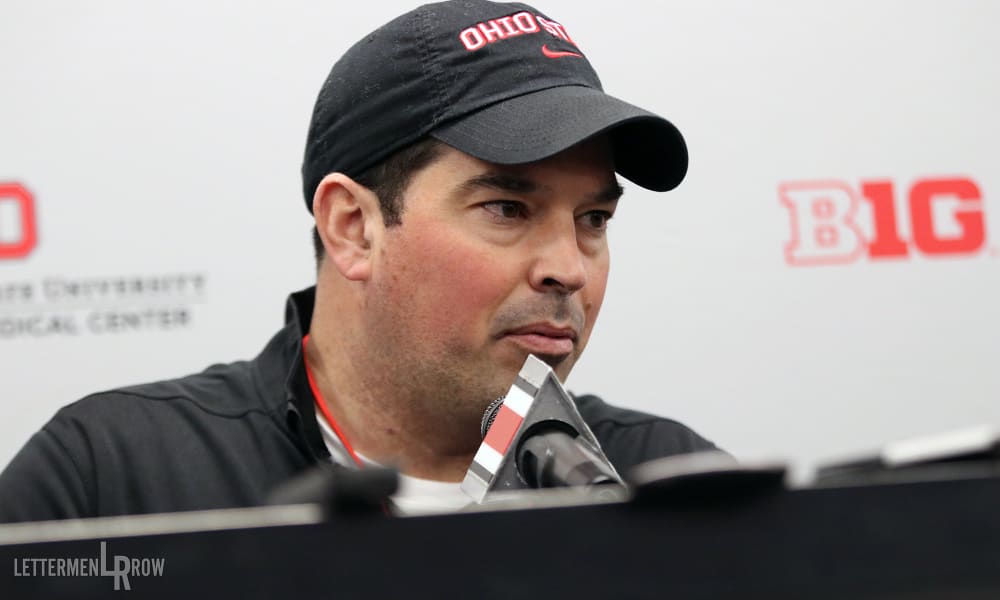 “We lost four guys right there, but then there’s some guys who have some experience who’ve been in the program a little bit, some other guys who have  some playing experience in there, so it’s going to be a great competition. I think it can be a strength for us. Obviously, the more they play, the more they gel in the preseason and then in September will be important. But it’s a talented group.”

How will all of those pieces fit together for the Buckeyes? Which guys are ready to break out as starters up front? Can position coach Greg Studrawa get the unit back to the standard of excellence at Ohio State?

To close out Offensive Line Week at Lettermen Row, all of the BuckIQ episodes that have focused on that group since the end of last season can be binge-watched right here to help get a better feel for the Buckeyes heading into training camp.

What makes Nicholas Petit-Frere so appealing to Ohio State as a blocker? Where are the key areas to focus on heading into his second season with the program? How difficult is it to eat all that food every day? Former Ohio State offensive tackle Reid Fragel returned to the Lettermen Row film lab to try to answer all those questions in this episode of BuckIQ.

Joshua Alabi is an experienced offensive lineman and a key component for that group whether he’s a starter or not. Former Ohio State right tackle Reid Fragel returned to the Lettermen Row film lab to break down Alabi’s improvement and the value he provides for the program in this episode of BuckIQ.

How can Thayer Munford continue to get better? What did he show late in the season even while playing through an injury? How will his return impact the rest of the Ohio State offensive line this year? Former Buckeyes offensive tackle Reid Fragel was back in the Lettermen Row film lab breaking down Munford and projecting what’s next for the big man and a revamped unit in this episode of BuckIQ.

Former Ohio State lineman Reid Fragel was back in the Lettermen Row film lab looking at some tape of Rutgers graduate transfer Jonah Jackson to identify some strengths and the areas where he can help during his season in Columbus in this episode of BuckIQ.

Former Ohio State lineman Reid Fragel was back in the Lettermen Row film lab breaking down what the young guard put on display in the win over Northwestern and what he can bring to the program moving forward. In the latest BuckIQ episode, there were plenty of encouraging signs for Wyatt Davis that suggest he could be a foundational player for a couple seasons to come at Ohio State.