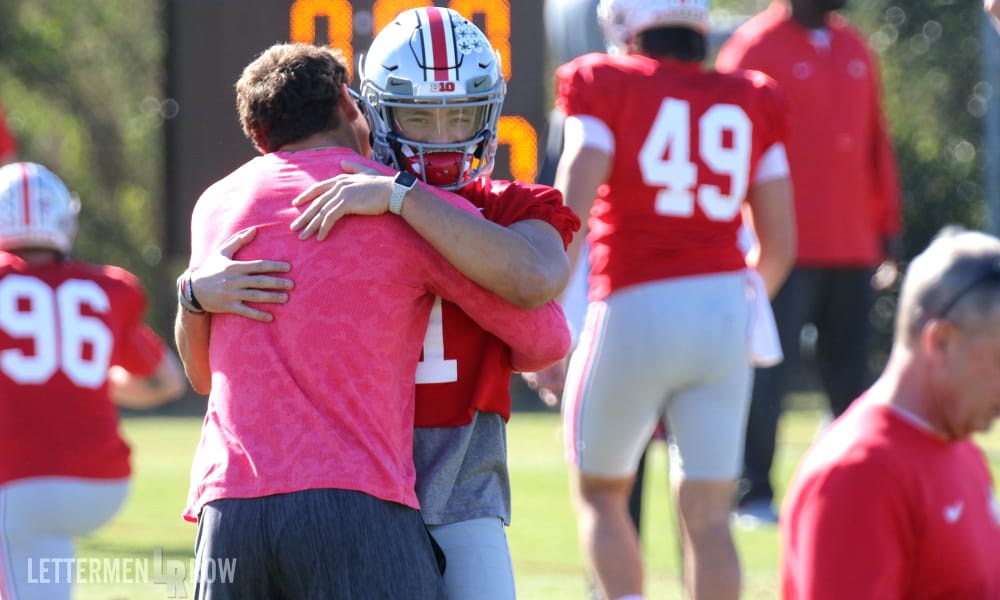 Nick Bosa received warm greetings from all of his former teammates and coaches. (Birm/Lettermen Row)

Hey @nbsmallerbear your guy @JonathonCooper7 wants you to get up to LA this week.

Who could say no to this face? pic.twitter.com/NGhwqcEEQA

The Buckeyes were back at practice for the third time as they prepare for the Rose Bowl and welcomed back former the Ohio State All-American, who showed up to see his former teammates practice at the StubHub Center, the stadium where his brother — and former Buckeyes All-American — Joey calls home as a star for the San Diego Chargers.

Bosa’s visit highlighted the brief window that media was able to check on the Buckeyes third practice of the week, but Ohio State looked crisp and focused under California’s blue skies. Lettermen Row was in attendance and has the visuals from Southern California.

Check out the photos from the West Coast below. 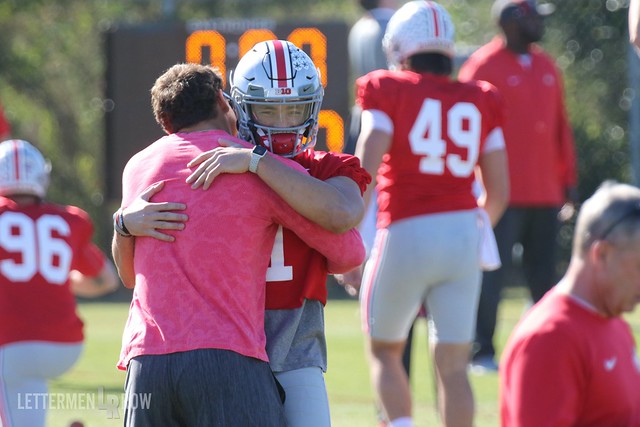