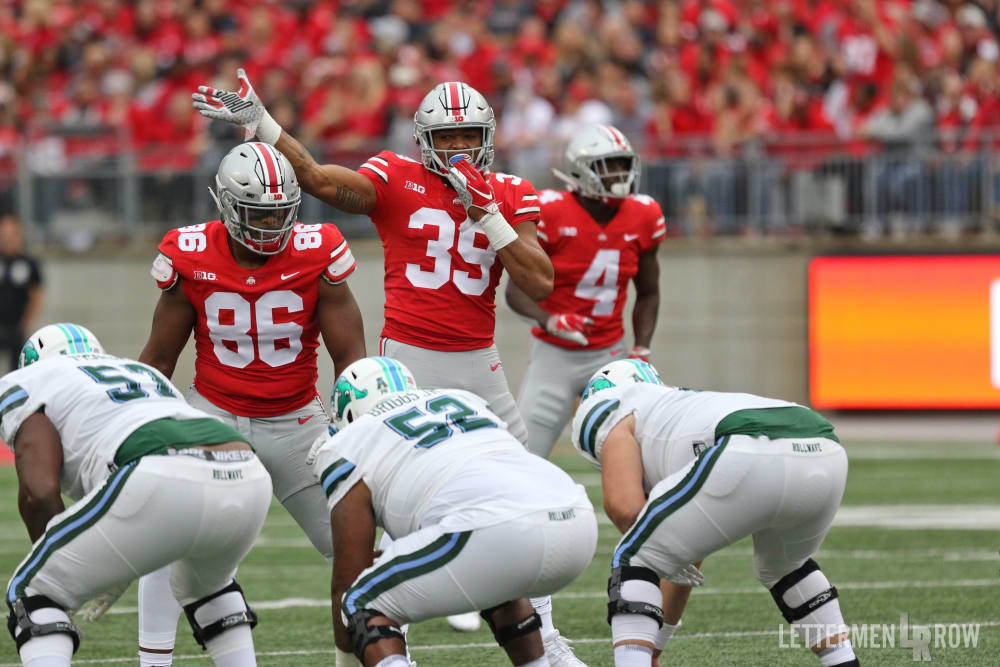 Dre'Mont Jones, Malik Harrison and Jordan Fuller could all be leaving Ohio State for the NFL Draft. (Birm/Lettermen Row)

The speculation, debate and conversations about Ohio State never end, and Lettermen Row is always ready to dive into the discussions. All week long, senior writer Austin Ward will field topics on Urban Meyer and the Buckeyes submitted by readers and break down anything that’s on the minds of the Best Damn Fans in the Land. Have a question that needs to be tackled, like the one today about the NFL Draft and early entrants from Ohio State? Send it in right here — and check back daily for the answers.

Some decisions have been telegraphed for months, and Ohio State won’t be holding its breath for Dre’Mont Jones to return or trying to convince Dwayne Haskins not to cash in as potentially the top quarterback on the market.

A few have been expected, but the Buckeyes can’t consider them locks. K.J. Hill and Mike Weber have contributed plenty in their careers, and those penciled-in projections are probably going to come to fruition.

This year Ohio State even got to experience a decision made in the middle of the season with Nick Bosa’s injury leading to his withdrawal from school to prepare for the NFL Draft.

But it’s the group of guys who could really go either way that will most have the attention of the Buckeyes right now, both for the value they could bring next season and the potential roster spot that would open on the recruiting trail if they leave. And one name in particular to keep in mind right now is Malik Harrison, because his athleticism and upside is enough to have him strongly considering a leap to the next level despite the inconsistency this season under position coach Bill Davis — much like Jerome Baker a year ago.

So, let’s run through the list of draft-eligible Buckeyes and put an early handicap on where they’re likely to end up after the Rose Bowl brings another championship campaign to a close. 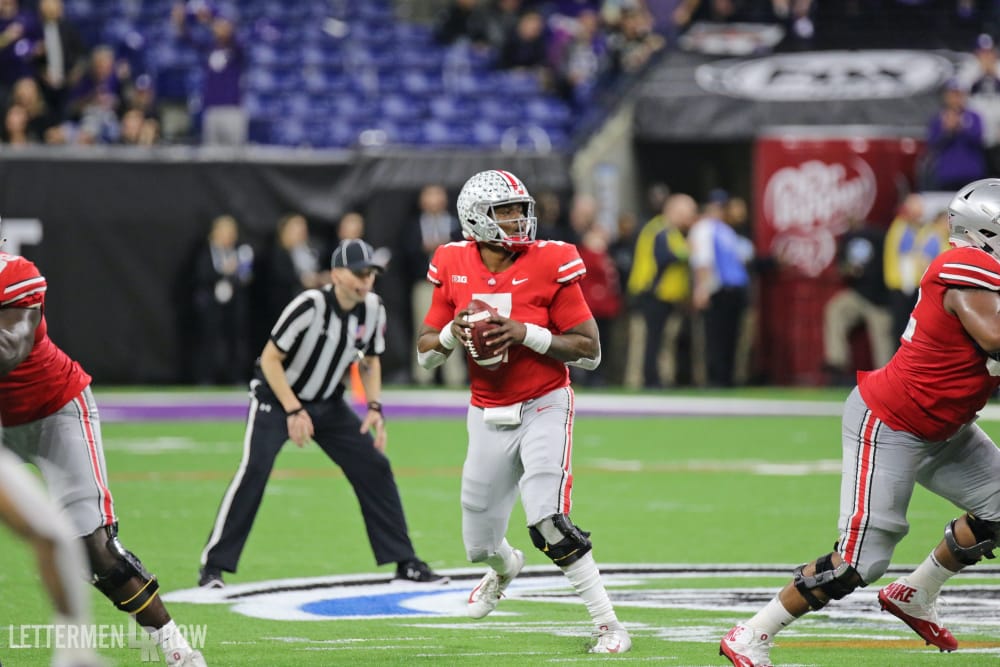 Nick Bosa made his intentions clear well before the season even started, and it’s also been expected since Dre’Mont Jones put off the NFL last year that this would be his final campaign with the Buckeyes. It didn’t take many games to see that Dwayne Haskins had the kind of ability and production that scouts and general managers drool over, and there’s really not much chance that Ohio State will get a second season with him at the helm of the offense. Running back Mike Weber also could have jumped to the draft a year ago, but his decision appeared to be a smart one as he boosted his stock when healthy. And K.J. Hill has proven all he can with the Buckeyes and can make the move with no regrets.

These are by no means locks, and it will be interesting to see if the chance to come back and try to help Ryan Day win a championship in his first year leading the program changes any minds. But Malik Harrison should be considered a lean to leave after leading Ohio State in tackles this season. After three years in the starting lineup, Michael Jordan is a potential candidate to move on after proving he could play both center or guard. For all of his ups and downs, Damon Arnette is most likely going to enter the next phase in his career — both because he’s been on campus for four years and because playing time at cornerback is going to be harder to come by as young talent develops on the depth chart. Given his impressive talent, it’s probably safer to assume that safety Jordan Fuller will be heading to the next level rather than giving the Buckeyes one more season of security in the secondary.

After dealing with a broken foot this season, Ohio State wide receiver Austin Mack should be back for the Buckeyes. (Birm/Lettermen Row)

Buckeyes likely sticking around for another year

The torch is about to be passed in the wide receivers unit with three seniors gone for sure, and that could open up a lot of opportunities for Austin Mack and Binjimen Victor. With Brian Hartline returning as the full-time position coach and the chance to be the top returning targets, expect those two talents back in the fold for the Buckeyes. Defensive linemen Jonathon Cooper and Robert Landers likely fits in this category as well, and they could rise up and become some invaluable seniors filling a leadership role as captains. The true wildcard here is cornerback Kendall Sheffield, who is both talented and inconsistent — but routinely declines interview requests, making it hard to gauge where his mindset is heading into the Rose Bowl.

This is all obviously subject to change, and it will be monitored throughout bowl practices and the trip to Pasadena. But for now, that is the working list and the best-guess projection of how Ohio State’s annual dance with the NFL Draft will play out for the early entrants.