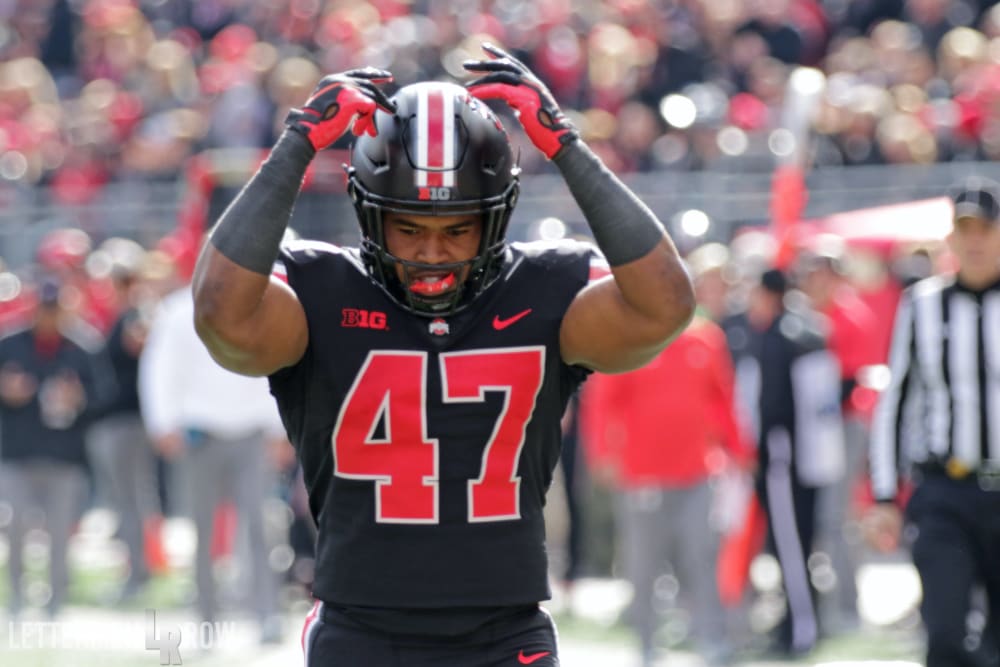 Ohio State linebacker Justin Hilliard looks to lead the Buckeyes out of East Lansing with a victory over the Michigan State Spartans Saturday. (Birm/Lettermen Row)

As it seems to every Novemeber, college football is continuing to slowly heat up, and Ohio State will play two if its most important games of the season in the next three weeks. Everyone is fully aware of the matchup the Buckeyes have circled on the calendar Nov. 24, but Urban Meyer and his team must go through East Lansing first before thinking their College Football Playoff hopes can become reality.

Just like 2015, however, the Spartans are trying to end Ohio State’s run and looking poised to do so. Michigan State enters the matchup after winning three of their last four games, including a 10-point victory over Purdue during the Buckeyes open weekend. It’s nearly 20 years since Ohio State has lost a game at Spartan Stadium, and the last coach to beat the Buckeyes in East Lansing is Nick Saban.

So if you’re heading to the game, listening on the radio or watching on TV, we have all the viewing information you could possibly need to not miss a moment of Ohio State.

The Buckeyes and Spartans kickoff at noon ET on Saturday, November 10.

Weather: High of 33 degrees with 0 percent chance of rain

The line: Ohio State is a 3.5-point favorite, per The Action Network

What TV channel is Ohio State-Michigan State on?

The Buckeyes-Spartans game will be televised nationally on FOX.

How can I watch Ohio State-Michigan State online?

The Buckeyes-Spartans game can be streamed online via FOX Sports GO.

How can I listen to Ohio State-Michigan State on the radio?