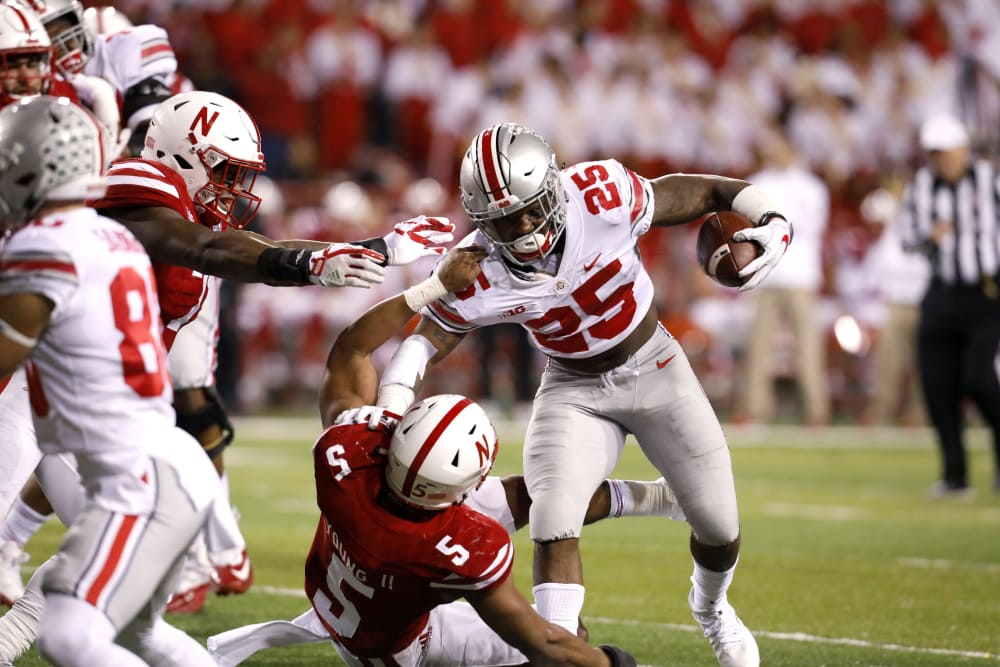 Two weeks ago, something happened to Ohio State football that hadn’t since Nov. 4 last season: the Buckeyes lost.

They were thrashed in West Lafayette by 29 points, leaving many shocked but not surprised. Now following their open week, Ohio State has the chance to get back on track Saturday when Scott Frost and the Nebraska Cornhuskers enter the Shoe.

After beginning their season 0-6, the Cornhuskers fell in overtime to Northwestern Oct. 13 but have won the last two games by a combined margin of 98-37 to nearly be on a three-game winning streak. Freshman quarterback Adrian Martinez, who was recruited by the Buckeyes originally, has played well and thrown for nearly 500 yards and five touchdowns total in those wins.

The Buckeyes and Cornhuskers kickoff at noon ET on Saturday, November 3.

Weather: High of 52 degrees with 10 percent chance of rain

The line: Ohio State is a 17.5-point favorite, per The Action Network

What TV channel is Ohio State-Nebraska on?

The Buckeyes-Cornhuskers game will be televised nationally on FOX.

How can I watch Ohio State-Nebraska online?

The Buckeyes-Cornhuskers game can be streamed online via FOX Sports GO.

How can I listen to Ohio State-Nebraska on the radio?