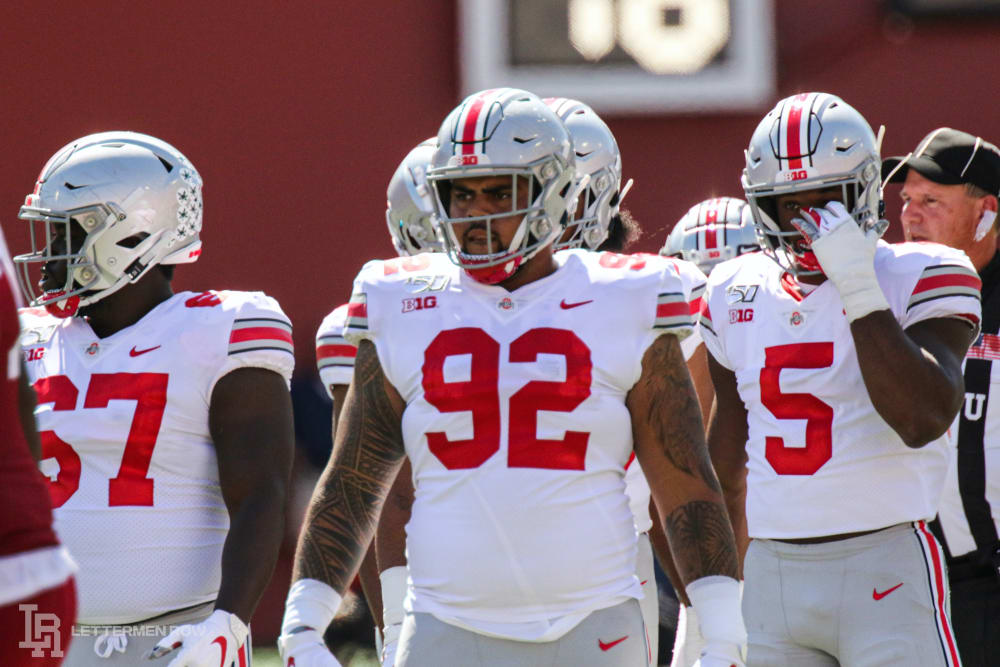 Ohio State defensive tackle Haskell Garrett and the Buckeyes are heading for a primetime kickoff at Nebraska. (Birm/Lettermen Row)

COLUMBUS — Ohio State is going to play under the lights for the first time this season at Nebraska.

After a string of early kickoffs to open the season, one of the most anticipated Big Ten matchups on the schedule is officially designated for a primetime start when the Buckeyes dive back into conference play.

The road trip for the Buckeyes against the Huskers will kick off at 7:30 p.m. Eastern and will be broadcast by ABC. The No. 6 Buckeyes have a non-conference tuneup with Miami (Ohio) on tap first this week, and that game will start at 3:30 p.m. in the Horseshoe.

Nebraska has been looking for a signature win and a marquee showcase for coach Scott Frost, who inherited something of a rebuilding job as the program looks to regain the conference and national prominence that has faded. A chance to host Ohio State under the lights was always going to be a huge opportunity for Nebraska to spring the upset and build some momentum, although it’s clearly still dealing with a few growing pains after already dropping a game to Colorado.

Ohio State will obviously be a much bigger challenge for the Huskers, and Ryan Day has his squad rolling through the first month of the season. The Buckeyes aced their first road trip of the season, crushing Indiana at Memorial Stadium on Saturday in a 51-10 blowout that showed exactly how solid the team is in all three phases right now.

Quarterback Justin Fields has 13 touchdowns accounted for already, running back J.K. Dobbins is playing some of the best football of his career and the revamped Silver Bullets are looking like one of the most aggressive defensive outfits in the country. Indiana might not go down as the best barometer for how good the Buckeyes can be this season, but Nebraska and a hostile environment could reveal more about them.

And the bright spotlight will now definitely be on Ohio State next week.

Five Questions as Buckeyes head into last non-conference tuneup
Who helped their cause in Buckeyes win over Indiana?
Advertisement
Advertisement