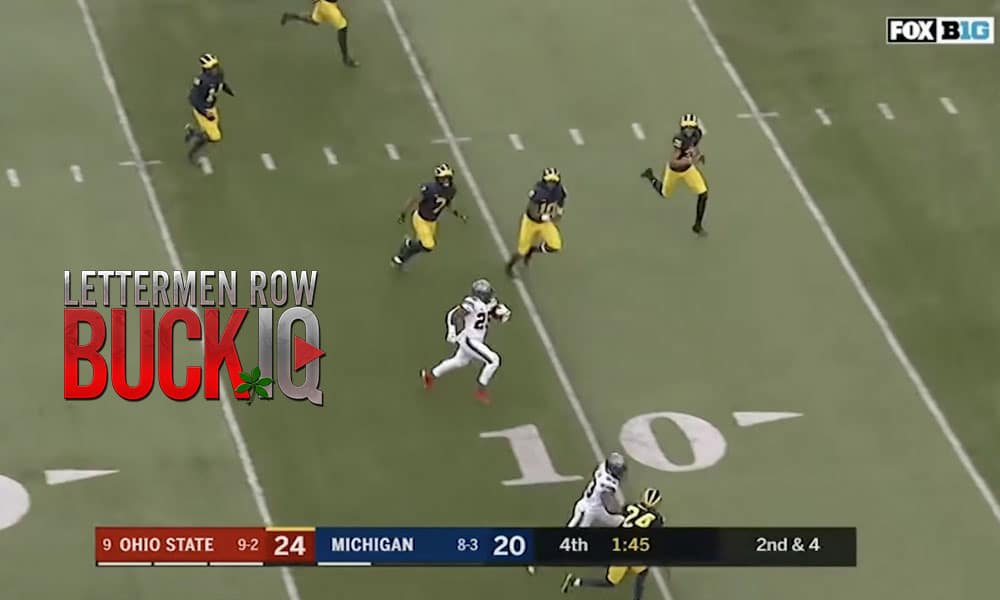 The freshman exploits of Mike Weber were immediately overshadowed at Ohio State, but by no means does that suggest he should ever be overlooked as an offensive weapon.

The athleticism, instincts and drive that were all evident during his debut season are still there in abundance heading into a redshirt junior season, and the clips broken down on today’s BuckIQ offer clear evidence of just how much upside Weber brings to the table. The presence of J.K. Dobbins in the backfield for the Buckeyes as well does nothing to change the fact that Weber remains one of the more gifted rushers in the Big Ten — and when he’s healthy, the praise can get a lot higher than that.

The problem for Weber last year wasn’t competing with Dobbins, it was simply trying to find a way to get a nagging hamstring injury to heal enough to let him build on his 1,000-yard campaign in 2016. It was clear right from the opener when he was scratched from the lineup that getting back to full strength might take some time and test Weber’s patience, and he admitted in the middle of the season that he had been close to requiring surgery that could have knocked him out for the entire year.

The sophomore encore was supposed to be a showcase for him as the featured tailback and a likely springboard on to the NFL. And there was still a chance that he could have declared for the draft anyway after reminding anybody who watched him down the stretch just what he could do with the football in his hands.

But instead he chose to stick around and take another shot at a championship with the Buckeyes. In the process, he just might boost his professional stock again as he shares the workload with Dobbins for what could be the best one-two tandem in the nation.

So, let’s dive into the film for a reminder of what Weber does so well for the Buckeyes, and why he could again be a dangerous weapon for a potent ground game.

Dwayne Haskins taking no breaks, again training with the stars
What’s the best way for Ohio State to use Mike Weber?
Advertisement