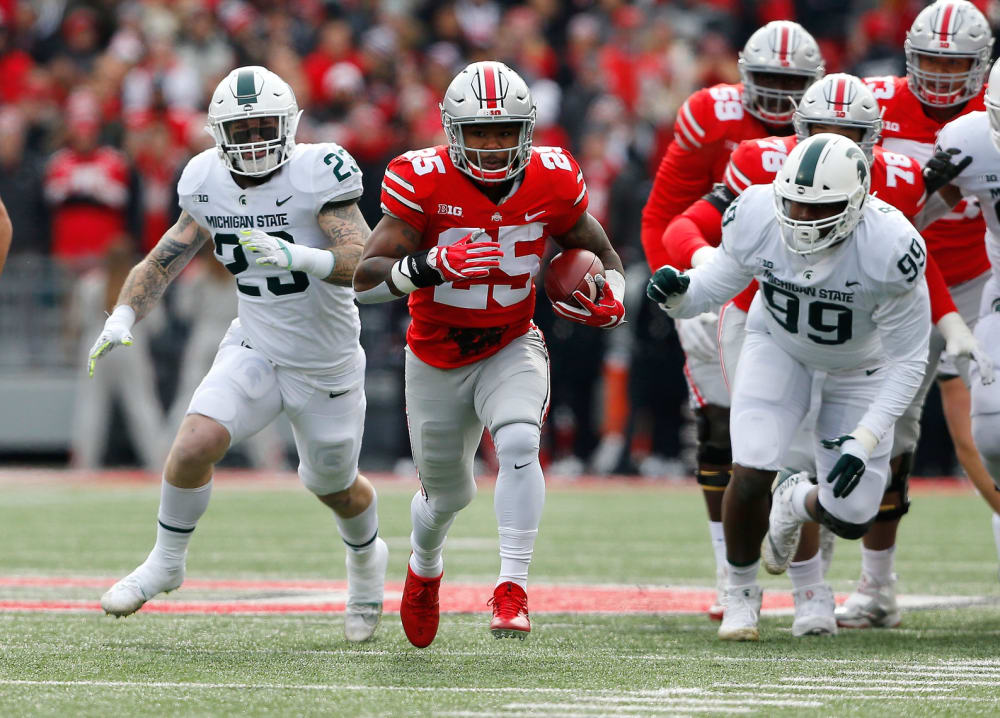 Ohio State running back Mike Weber was key in a win last year over Michigan State for the Buckeyes. (Joseph Maiorana/USA TODAY Sports)

COLUMBUS — Ohio State needs to get ready for another early start.

After bouncing back with a win on Saturday to open the final month of the regular season by edging Nebraska, the Buckeyes officially found out the itinerary for the next crucial leg of the November march toward a potential championship.

Ohio State is slated for a noon kickoff on the road against Michigan State as it tries to stay in position to compete for the Big Ten title and potentially climb back into a top-four spot to earn an invitation to the College Football Playoff. The game will be televised by FOX.

“I think we’re close,” Ohio State coach Urban Meyer said. “We better be when you see what’s coming up next week, but I liked the effort [Saturday].” 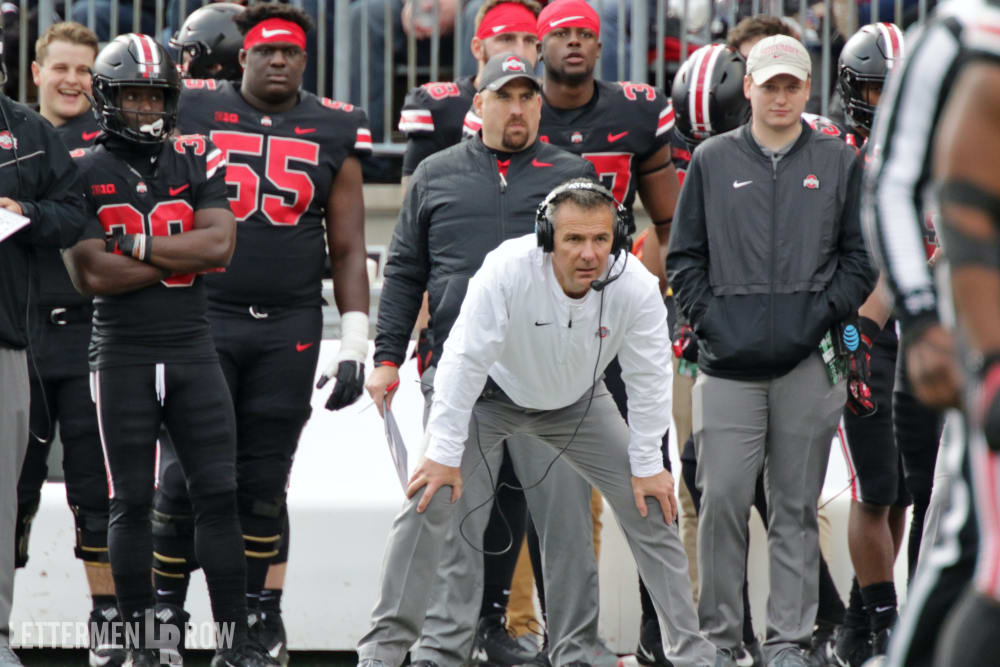 Ohio State coach Urban Meyer is looking for another win to get the Buckeyes in position to win the Big Ten. (Birm/Lettermen Row)

Both the Buckeyes and Spartans won over the weekend to enhance the matchup in what has already become one of the most entertaining series in the conference. Michigan State has been a bit inconsistent for much of the season, but it’s still 4-2 in league play and obviously represents the toughest remaining hurdle for Ohio State before The Game in the competitive East Division.

The Spartans used a dominant defensive outing to beat Maryland on Saturday, claiming a 24-3 win while the offense continued to deal with some ups and downs. Michigan State will bring the third-ranked scoring defense into the matchup in East Lansing against the most explosive offense in the Big Ten.

Ohio State came up short of its season scoring average on Saturday against Nebraska, but it still put up 36 points in a closer-than-anticipated win at the Horseshoe. Coming out of an off date after the upset loss at Purdue, the Buckeyes showed signs of improvement with a struggling rushing attack and had a few defensive bright spots as they try to rebuild their momentum for the stretch run with the possibility of defending the Big Ten crown still within reach.

There’s no margin for error, though. And Ohio State will need the alarm clock set to make sure it’s ready for another early start.

Ohio State: What We Learned from close win for Buckeyes over Nebraska
Ohio State: J.K. Dobbins offers reminder that he’s still got it for Buckeyes
Advertisement