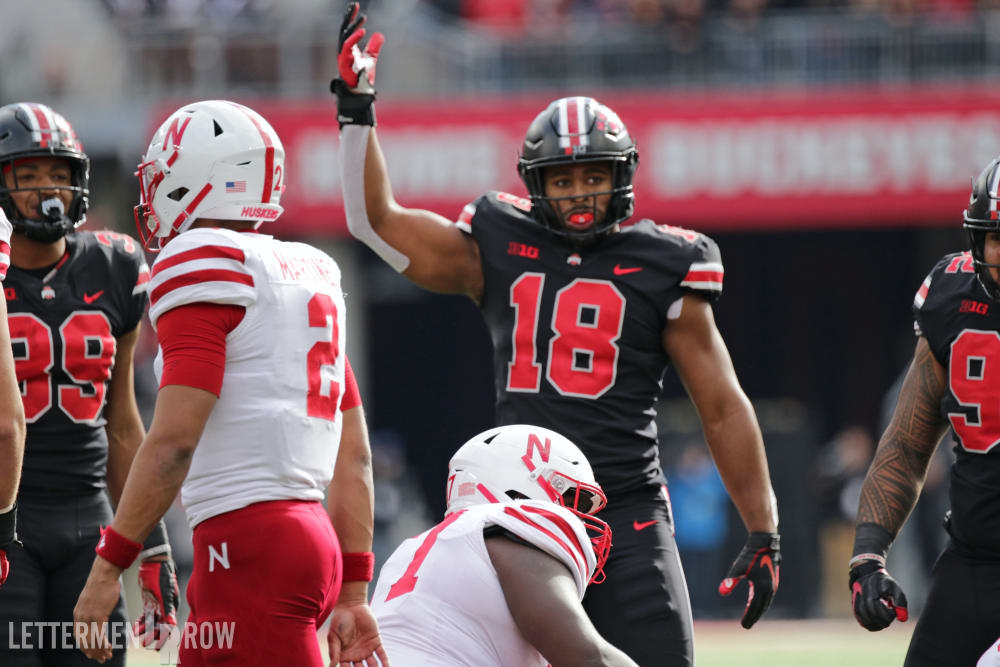 Jonathon Cooper hopes to corral the Ohio State defense to lead the Buckeyes to a win over Michigan State. (Birm/Lettermen Row)

COLUMBUS — After losing at Purdue and following up an ugly victory over Nebraska, Ohio State opened as a 5.5-point favorite for their trip to East Lansing for a top-25 matchup with Michigan State, according to VegasInsider.com.

The Buckeyes survived against the Cornhuskers last week to move to 8-1 on the year and moved into the No. 7 spot in the latest Amway Coaches Poll. Meanwhile, the Spartans enter at 6-3 after taking down Maryland on the road Saturday and even jumped back into the AP Top 25 at No. 24.

Ohio State has won the past two matchups against Michigan State including the last six in East Lansing. The atmosphere, however, will be rocking as the Spartans attempt to accomplish what they did in 2015 and end the Buckeyes College Football Playoff hopes.

For full coverage of the Ohio State Buckeyes as they gear up for Michigan State, stick with Lettermen Row all week long. Our staff will be at every media availability, and both press conferences with Urban Meyer can be streamed live right here and across all social platforms.