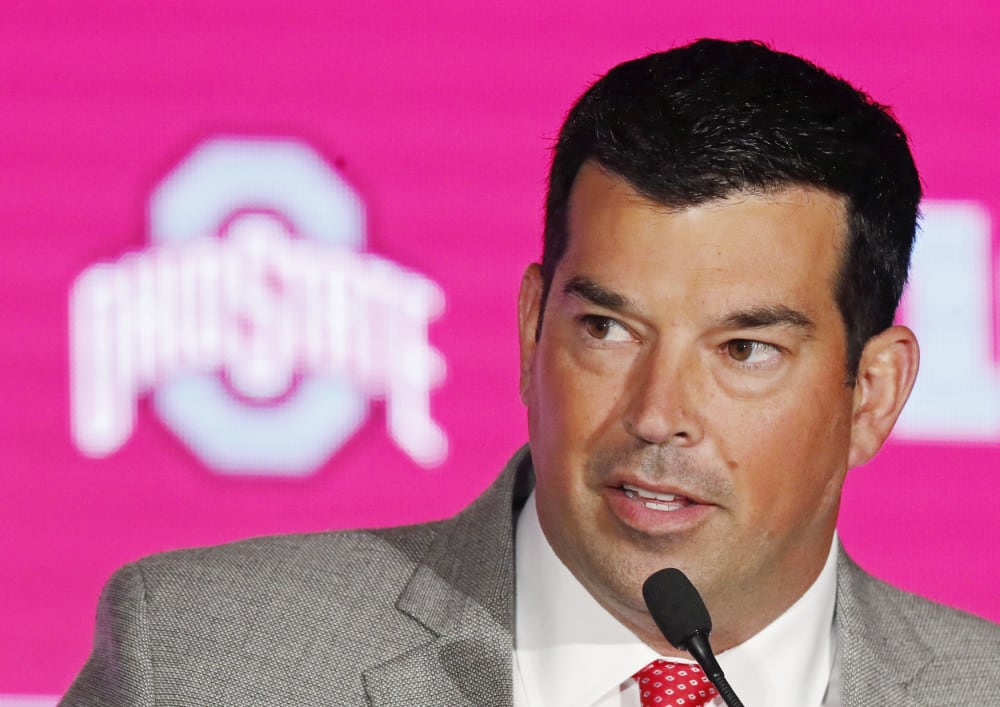 The winemakers could have told him that nobody has any use for sour grapes.

How else would the Michigan coach’s recent comments about Urban Meyer leaving schools mired in controversy make any sense? Harbaugh was winless against Meyer in The Game, and his transparent attempt at deflecting from that record with the conveniently-timed podcast appearance failed in his final attempt to put one over on his rival.

Nobody would argue that Meyer’s reputation is flawless, and the end of his remarkable run at Ohio State did come with a couple blemishes to his legacy after his three-game suspension last year. The circumstances around the Zach Smith situation have obviously been well documented, and there’s no point in going back to rehash all the details. Meyer accepted the blame, took his punishment and fired his former wide receivers coach right here in Chicago last summer at Big Ten Media Days.

His career was celebrated by the Buckeyes after he chose to ride into the sunset at the Rose Bowl. Meyer didn’t leave in a swirl of controversy, wasn’t forced out the door and he elevated Ohio State into one of the most stable, impressive programs in the country when he ceremonially passed the whistle to Ryan Day. 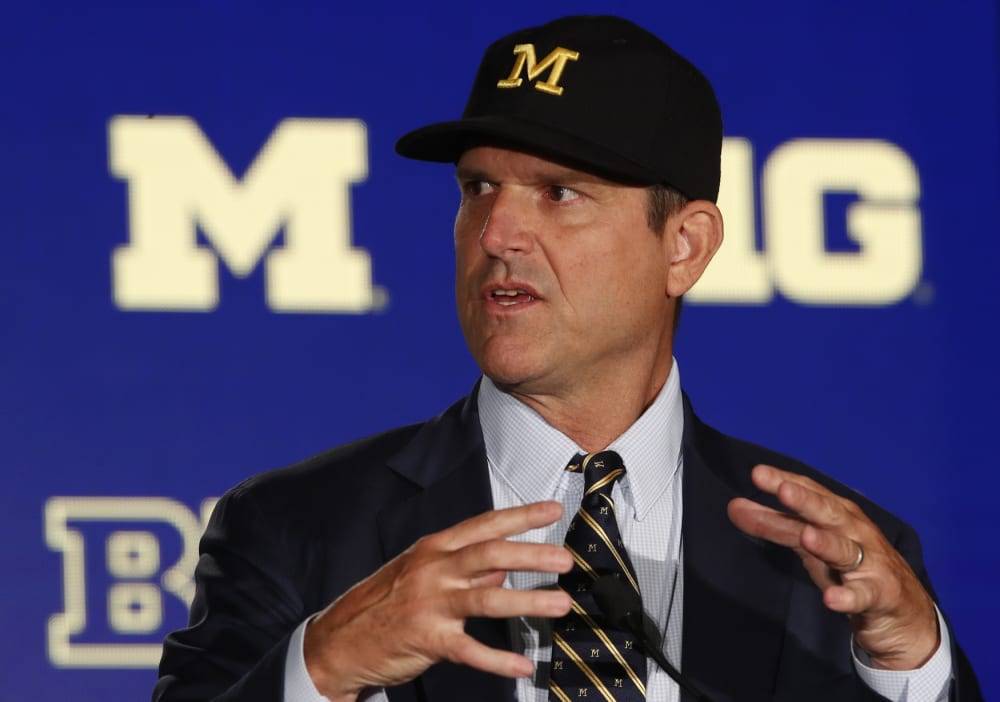 Harbaugh is certainly entitled to his opinion about Meyer, and it’s actually refreshing to hear coaches really speak their minds in settings like the Hilton Chicago when the cameras are rolling. But he’s probably not the ideal candidate to be passing judgment on anybody, and the timing definitely seemed a little odd c0ming right before the media event started — and with Meyer no longer even around to respond.

“[There’s] no context you should know about,” Harbaugh said on Friday in an exchange with Cleveland.com’s Doug Lesmerises. “I don’t think it was anything that was anything new or anything of a bombshell. It’s things that many of you all understand and have written about.

“I don’t see why people are so afraid to say what the think. I mean, maybe that’s something to be examined. I’m giving my opinion. … I’m not into making animal analogies, so the poking the bear thing doesn’t resonate. But there’s really nothing more to say. It was me saying what I think.”

Honestly, in the grand scheme of rivalry trash talk, this is pretty mild stuff for Ohio State and Michigan. Since Meyer isn’t even on the sideline anymore, it’s hard to even imagine the Buckeyes paying any attention to it at all — particularly compared to the preseason polls that now have the Wolverines picked to end their reign on top of the league.

But it might just serve as a reminder of how much Ohio State’s run of dominance and swelling collection of Gold Pants has impacted the mentality at Michigan and ramped up the pressure on Harbaugh to claim any sort of victory. Dipping into the Michigan Man mystique was about the only trick left to play after dropping all seven games to Meyer and 16 of the last 18 overall in the series, but it doesn’t really hold up to any serious scrutiny coming from Harbaugh.

Here's the full video of Jim Harbaugh responding to questions regarding the Ohio State rivalry and his comments about Urban Meyer. pic.twitter.com/HqBrXsWIqp

It’s clear, though, that the bad blood in the best rivalry in college football isn’t in any danger of fading even with Meyer now gone. But whether it’s offseason shots from Harbaugh, a surge in confidence from the Wolverines that they are capable of snapping the losing skid or preseason polls picking Michigan, the last couple days didn’t do anything to change the fact that Ohio State clearly still has the upper hand.

“I think our guys read it, they see it,” Day said. “Especially with social media, it’s more available than ever. But, again, that’s not something that we focus on. I’ve talked to our guys about the expectations at Ohio State couldn’t be any higher year in and year out. We know that.

“But if we focus on all that, we can get ourselves distracted because it really doesn’t matter. I know that sounds like coach speak, but it’s true. Because in the end, what matters is if we win the game, and the only thing that’s going to help us do that is if we get better day in and day out and focus on right now.”

Urban Meyer provided the unblemished blueprint. And more than anything, that appears to have left Jim Harbaugh with a bitter taste that he can’t get out of his mouth by running it.