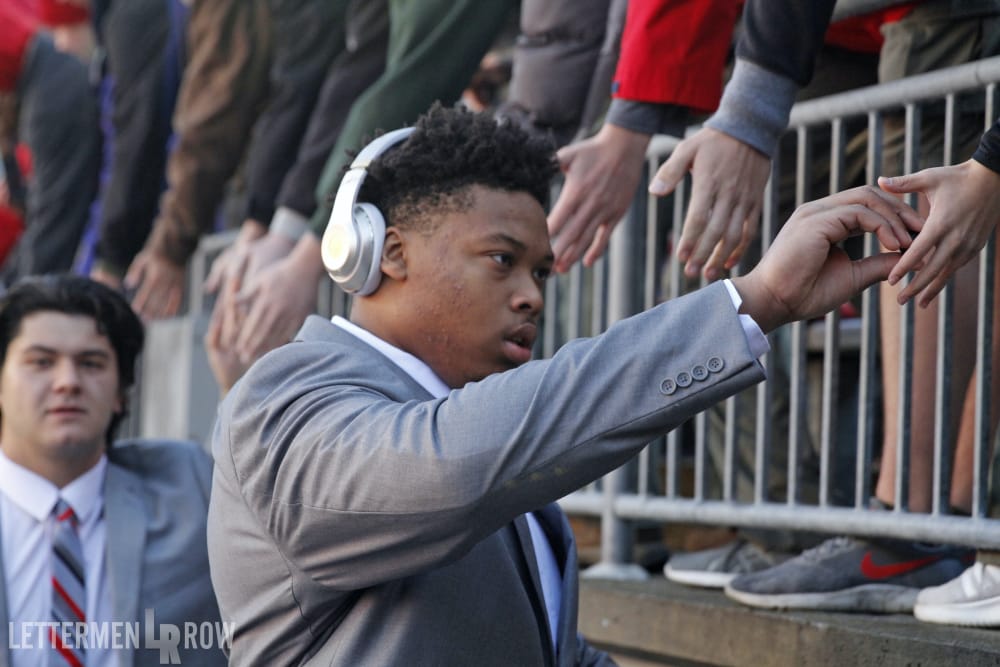 COLUMBUS — Ohio State will have a new starting center for the fourth consecutive season. Michael Jordan is heading to the NFL Draft.

The Buckeyes were weighing a change in the middle of the offensive line no matter what the junior elected to do with his future. But Jordan’s decision to forego his remaining eligibility officially seals the deal, paving the way for another new starter after he spent one season at the position following two as a starter at guard.

Jordan was believed to be on the fence throughout the process, and it felt down the stretch like the ability to move back to guard next season could entice him into finishing his career with the Buckeyes. But he ultimately decided to jump to the professional ranks, posting his announcement on Twitter on Thursday morning.

It was not an easy decision, but the right one for sure. Thank you everyone for your support! pic.twitter.com/0qmB7q1iuw

Jordan started 41 consecutive games for the Buckeyes, wrapping up his career in the Rose Bowl on Tuesday. He was an entrenched presence for the program, becoming the first true freshman in 23 years to start for Ohio State — dating all the way back to the game-changing Orlando Pace.

“I think I did pretty well this season,” Jordan said before the Rose Bowl. “There’s always room for improvement, continuously working on yourself. One thing I’ve been taught since I was a kid, constant improvement on yourself. I’ve played pretty well, but there’s definitely things I could fix if I look back on the season.

“Playing at center definitely helps at guard or any position you play on the offensive line. First, you have to know everyone’s assignments. I guess if I were to play guard next year, it would be more my body reacting to things instead of me thinking about things. … I got two years at guard, so I think anything I do coming back another year is just to build upon that, start where I left off, continue to build. It will only add value to me as a player. I could be useful to some coaches in the NFL.”

Michael Jordan isn’t going to wait to test that theory now, though. The big man in the middle is heading to the NFL.

Continue Reading
You may also like...
Related Topics:Michael Jordan