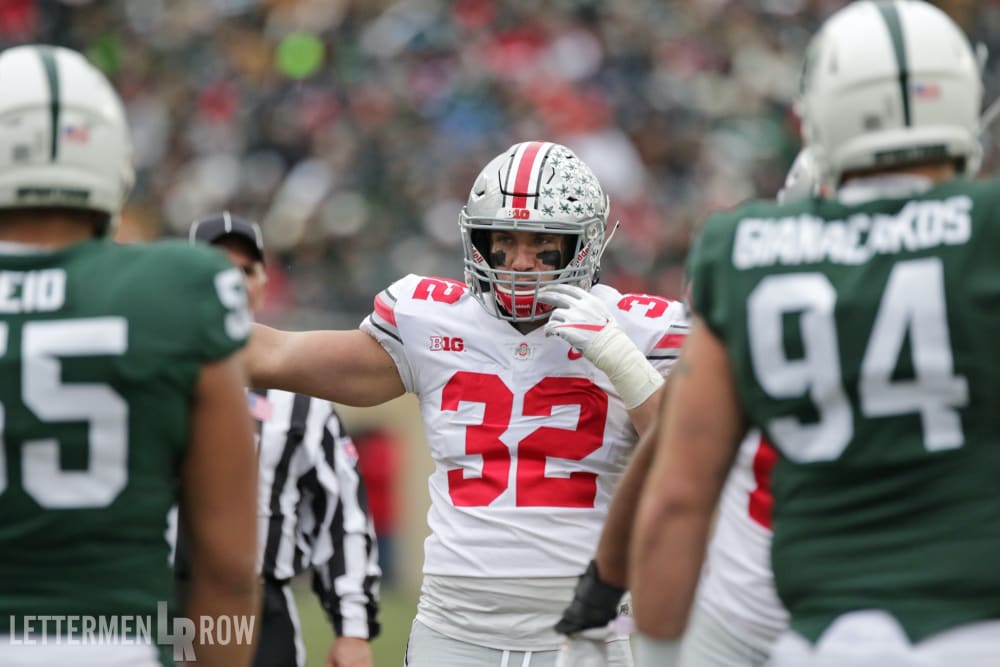 Ohio State linebacker Tuf Borland and the Buckeyes defense are hoping to carry positive momentum to the East Coast this weekend when they head to Maryland to face the Terrapins. (Birm/Lettermen Row)

After passing last week’s test in East Lansing, just two games remain on the regular season slate for Ohio State football. I would say most fans in Buckeye Nation are fully aware of what is on the line Nov. 24 in Columbus, but before that can happen, the Buckeyes must travel College Park, Maryland this weekend for a matchup with the Terrapins for the final road game of the season.

Ohio State and Maryland have only met four times in the programs’ histories all-time and none of the results have been pretty for the Terps. All four games have taken place in the past four seasons since Maryland made the move to the Big Ten from the ACC, and the Buckeyes have won all four by a combined score of 225-69 and have scored 62 points in each of the last two meetings.

So if you’re heading to College Park, watching from home or listening on the radio, we have all the viewing information you could possibly need below to not miss a moment of the Scarlet and Gray.

The Buckeyes and Terrapins kickoff at noon ET on Saturday, November 17.

Weather: High of 50 degrees with 10 percent chance of rain

The line: Ohio State is a 16.5-point favorite, per The Action Network

What TV channel is Ohio State-Maryland on?

The Buckeyes-Terrapins game will be televised nationally on ABC.

How can I watch Ohio State-Maryland online?

The Buckeyes-Terrapins game can be streamed online via WatchESPN.

How can I listen to Ohio State-Maryland on the radio?