COLUMBUS — A few carries just opened up at Ohio State, and the offense has proven it won’t be shy about spreading them around even for a newcomer like Marcus Crowley.

That doesn’t guarantee there will be work available for the talented recruit out of Florida. But it doesn’t hurt Crowley’s chances any that Mike Weber is moving on to the NFL at the same time the new signee is expected to enroll with the Buckeyes to get a jump start on his freshman season.

There is depth ahead of Crowley on the depth chart at running back, of course. And J.K. Dobbins is more than capable of being a workhorse rusher for the Buckeyes. But the versatility, athleticism and a Big Ten-ready frame for Crowley makes him a more intriguing addition for the program than his three-star rating might initially suggest.

“He’s that typical 6-foot, 200-pound back in high school that is going to be tough to deal with,” Trinity Christian Academy coach Verlon Dorminey said. “And then once he gets to college, I’m sure they’ll make him even bigger.” 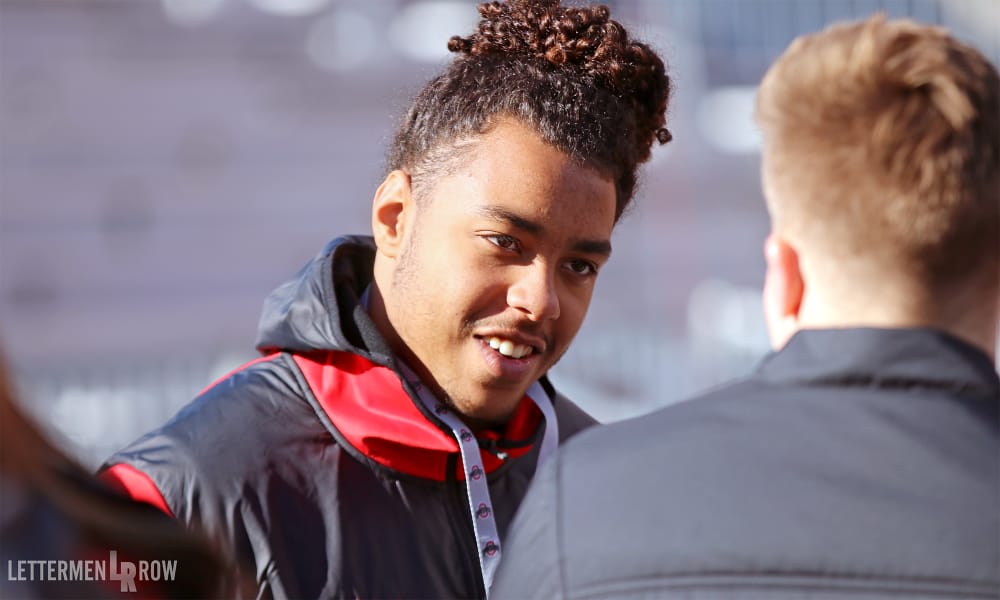 The Buckeyes have obviously had plenty of success molding those types of tailbacks into productive weapons, and Crowley now jumps into a pipeline that has been churning out high-caliber rushers and future NFL Draft picks.

Dobbins will still be the primary threat in the backfield for the Buckeyes, and Master Teague is in line for more work after his solid freshman campaign learning from the veterans. Ohio State also has carved out work for Demario McCall in various roles offensively, but Crowley will have a shot to show what he can do right away thanks to his decision to enroll early and participate in the offseason conditioning program and spring football.

Former Ohio State star running back Beanie Wells returned to the Lettermen Row film lab to look at what Marcus Crowley can bring to the program in his latest BuckIQ episode. The highlight reel was loaded with examples of his solid vision, speed and willingness to embrace contact, all of which should excite Ohio State.

BuckIQ: What running back Marcus Crowley brings to Ohio State
Watch this video on YouTube.