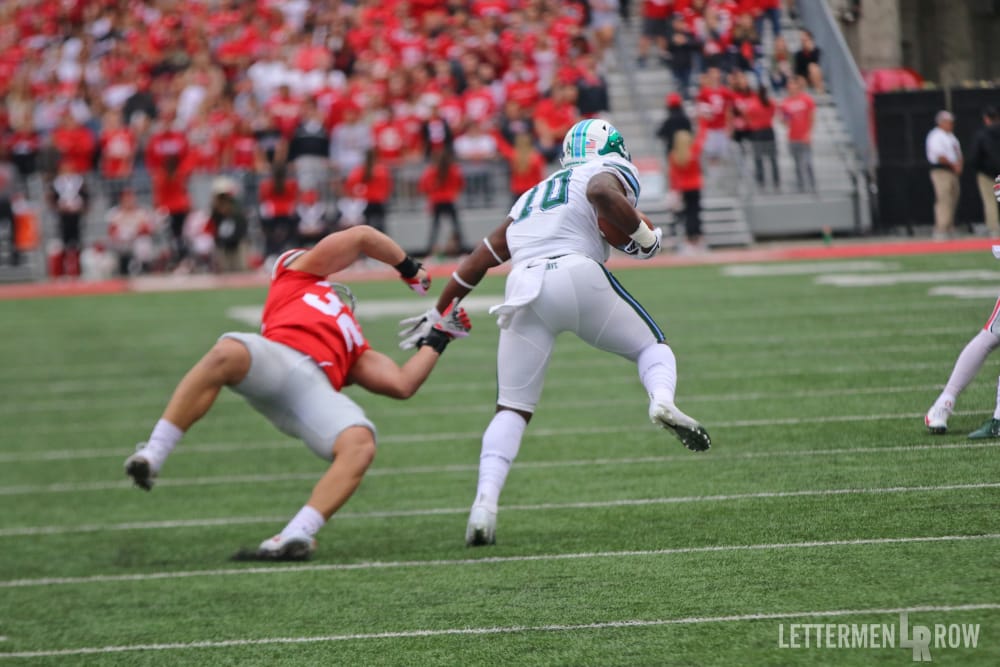 Ohio State needs the starting linebackers to step up after failing to make a tackle against Tulane. (Birm/Lettermen Row)

The speculation, debate and conversations about Ohio State never end, and Lettermen Row is always ready to dive into the discussions. All week long, senior writer Austin Ward will field topics on the Buckeyes submitted by readers and break down anything that’s on the minds of the Best Damn Fans in the Land. Have a question that needs to be tackled, like the one today on the linebackers? Send it in right here — and check back daily for the answers.

Will our linebackers be ready? Their lack of experience results in lack of discipline, can we expect them to show up and play sound against a multi psu offensive attack?

The return to another big stage against another elite offense with College Football Playoff stakes on the line puts one unit for certain under the microscope. And coming off a week where the starting linebackers at Ohio State were practically invisible in the box score, the attention has ramped up once again for a critical group of defenders who will have an outsized impact on what happens Saturday night at Penn State — one way or the other.

It’s almost impossible to believe, but Malik Harrison, Tuf Borland and Pete Werner combined for exactly zero tackles last week against Tulane. And while the Buckeyes had several different ways to explain that stat away, from the offensive scheme to the blowout that meant those three didn’t need to play all that much, it certainly served to throw a little more fuel on the fiery discussion about whether the linebackers are capable of contributing to a championship run.

So, are the Silver Bullets ready for what they’re going to face against Trace McSorley and the Nittany Lions, or will the issues that have allowed too many explosive plays pop up once again?

“I don’t know [what’s caused it], I think every defense has stuff they need to work on,” middle linebacker Tuf Borland said. “We’re no exception, and obviously we need to clean it up this week with an opponent like Penn State. With a good week of practice, I think we can do that.

“All around, we just need to get better.”

The Buckeyes have largely been short on specifics, and there’s probably good reason not to reveal too much publicly before hitting the road for a matchup that could determine the Big Ten East Division title. Inexperience is certainly part of the equation, with outside linebackers Malik Harrison and Pete Werner both becoming full-time starters for the first time this season. Borland’s limited workload during the early stages of the year hasn’t helped, either, since that’s also put Baron Browning in position for more responsibility than he’s ever had in his young career. 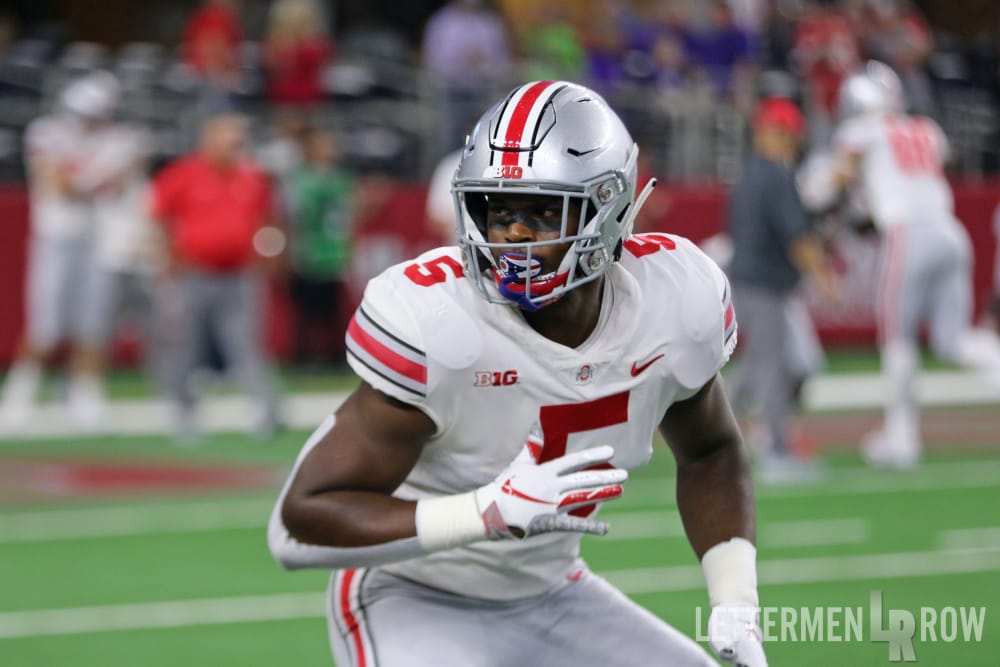 But Ohio State is now a third of the way into the season, and that excuse won’t hold up for long. Considering the program’s high standards at the position and how highly recruited virtually all of the linebackers were when they arrived, the Buckeyes are probably already past that point — and certainly need top-shelf performances against a Penn State offense that leads the nation in scoring.

“It’s been pretty good, but there’s always room for improvement,” Werner said. “As far as doing our job, being in the right places at the right time, I think we’re off to a good start.”

Development takes time, and it wouldn’t have been reasonable to expect Ohio State to instantly roll out the nation’s best group of linebackers right away. But the program is also coming off a season where that unit clearly struggled in losses to Oklahoma and Iowa that kept them out of the playoff, and it’s time for position coach Billy Davis and his Buckeyes to deliver when it counts.