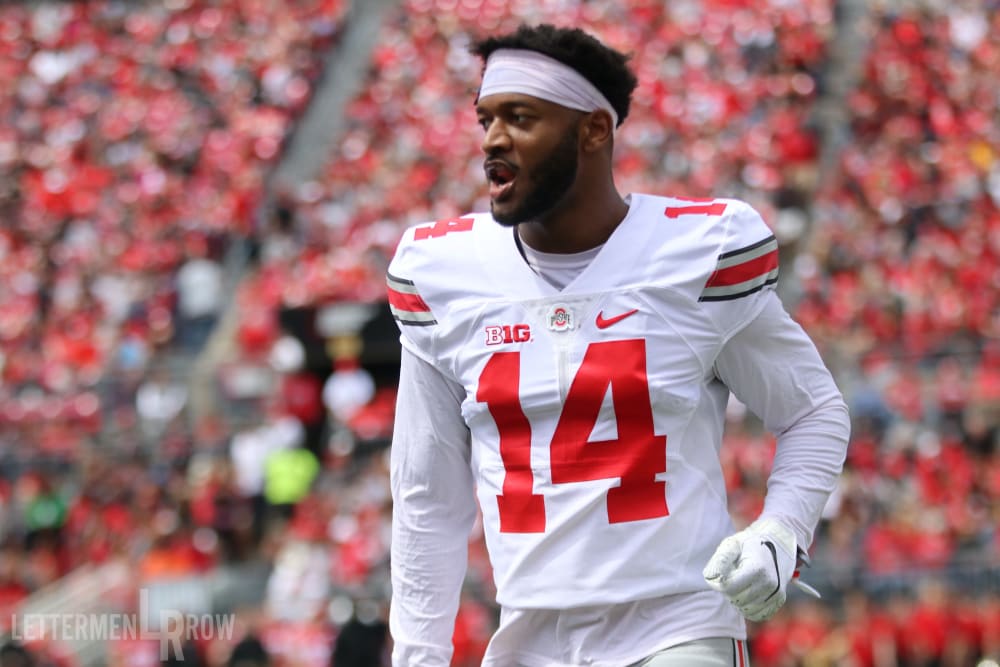 K.J. Hill will be a leader for Ohio State this season. (Birm/Lettermen Row)

His former teammates, Johnnie Dixon, Parris Campbell, Terry McLaurin and a whole cast of former Ohio State stars were at the spring game Saturday to soak in some preseason football.

The trio of receivers that Hill has worked out with and grown with for years was watching from the sidelines this time, though. All of them are preparing for the NFL Draft, while Hill is getting ready for his fifth year on campus in Columbus.

So when Hill dropped a pass in the first half, he knew what was coming when he got to the sideline.

“I dropped a ball and they were the first ones over there talking,” Hill said with a laugh. “But it’s good to be back. Fellowship and brotherhood.”

Hill looked up to Campbell, Dixon and McLaurin for years. He was used to having them around, working out as a group. Now, it’s his turn to be the leader alongside Austin Mack in a young, but crowded wide receiver room. 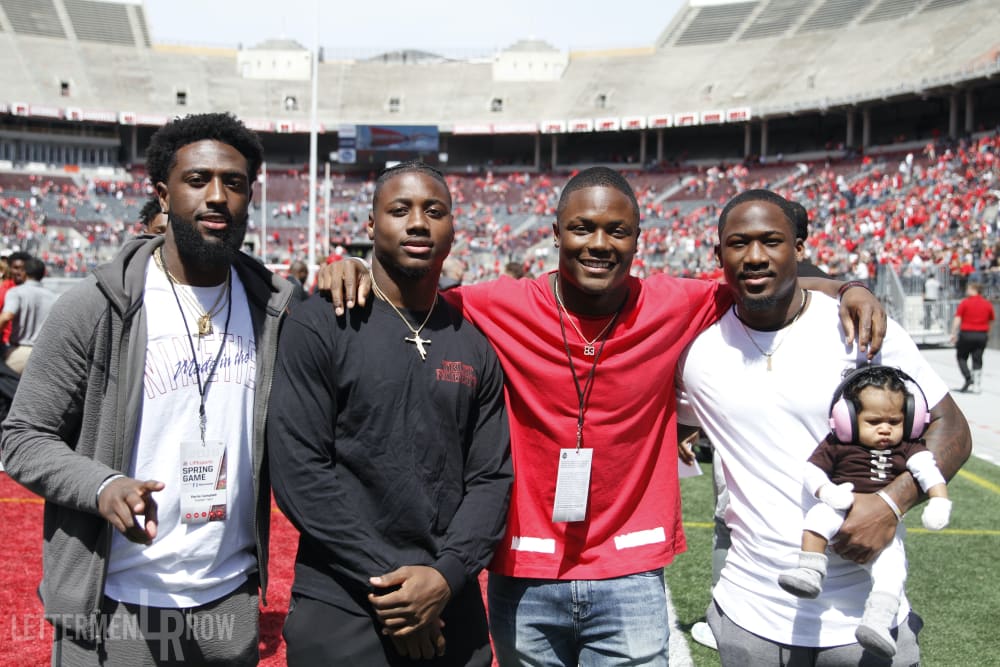 With the veteran wide receivers gone, K.J. Hill will need to step up for Ohio State. (Birm/Lettermen Row)

The receivers are plenty talented enough, sure. But they still need a veteran leader. Chris Olave made huge plays in the final three games for the Buckeyes, but he’s young and inexperienced. Garrett Wilson has been widely regarded as a future All-American, but he hasn’t played a game yet. Jaelen Gill hasn’t played meaningful snaps. The unit is young.

Hill’s going to have to step up and lead them.

“Me and [position coach Brian] Hartline talked about that situation,” he said. “With me, I’m not the one that just — vocally, I’m not vocal, talking, stuff like that. I just try to step out of my comfort zone and talk more to the team, to players, younger players and try to set an example.”

There isn’t a more perfect time to develop that than the spring, and that’s what he did. He’s put himself in a position to speak up when he needs to and address the team if that’s necessary. It doesn’t stop when spring ends, though. Heading into summer, he’ll continue to speak to the receivers during drills they do on their own — without the coaches.

He might just have to be a leader for the quarterbacks in the summer, too. Neither Justin Fields nor Matthew Baldwin have started a college game. Hill’s had two quarterbacks at Ohio State already, and he’ll have to help groom a third for the Buckeyes to be successful.

Part of that is chemistry. Hill’s building a rapport with both quarterbacks, knowing one of them will be targeting him a lot this season.

“We’re still learning each other to this day, so I feel like going into the summer, we’re going to have to keep working individually without the coaches around,” Hill said. “That’s when you really develop good chemistry with each other ”

Hill has all of this to balance, and he also has to be productive himself. His decision to return to Ohio State was huge for the offense. While his three friends, Dixon, McLaurin and Campbell, prepare for the draft, Hill’s getting the Buckeyes ready for another Big Ten Championship run.

But that doesn’t mean it isn’t nice to see those guys when he can.

“It feels good, the whole gang back together type of thing.”