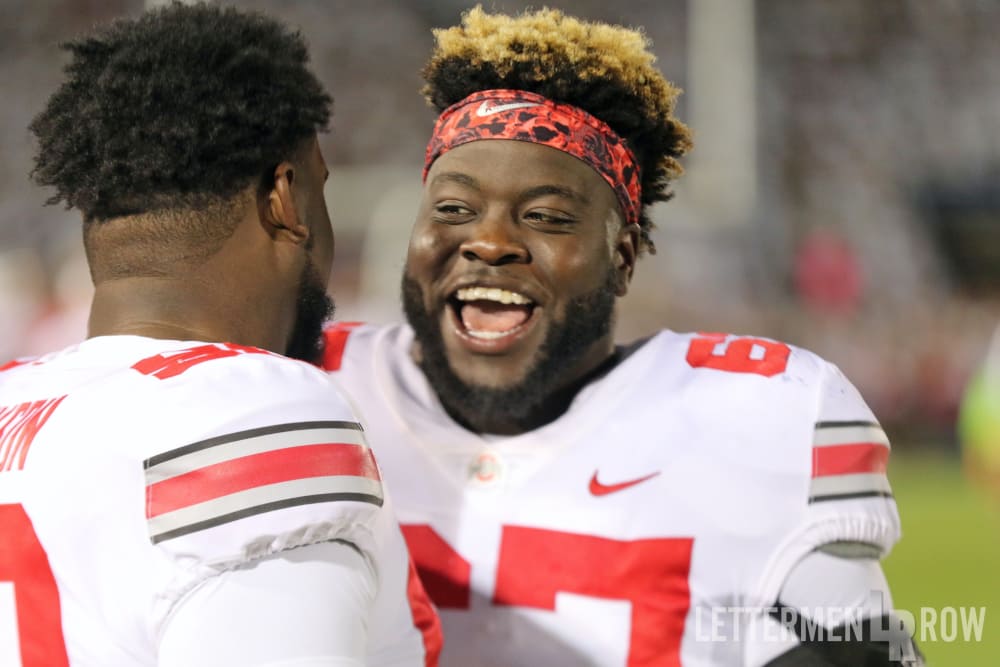 Ohio State will take on Minnesota in the second leg of a homestand to start October. (Birm/Lettermen Row)

COLUMBUS — Ohio State will have to keep waiting for a primetime game at home.

The Buckeyes will have another early kickoff when they welcome Minnesota to Ohio Stadium at noon on Oct. 13 for the second leg of a two-game, Big Ten homestand.

The broadcast information has not yet been determined, but either FS1 or BTN will be handling the television responsibilities for that matchup with the Gophers.

The Buckeyes are currently in a stretch without many marquee matchups to really move the needle, although they’ve proven to be one of the most popular teams on television yet again so far this season with both the Penn State and TCU games going down as two of the most-watched broadcasts of September. Ohio State typically embraces the primetime opportunities, particularly from a recruiting perspective with Urban Meyer using those night kickoffs to help players get to campus and then show them the most electrifying atmosphere the Horseshoe can provide.

Those chances appeared to be few and far between even heading into the season, with Nebraska looking like the most likely candidate to give Ohio State a game after dark this year. The only other home game after Minnesota is the rivalry showdown with Michigan at the end of the regular season, and that’s obviously slated for a noon kickoff.

The Buckeyes have played twice in primetime already this season, although both of those appearances were away from Ohio Stadium. The undefeated Buckeyes won both of those games with huge television audiences watching them come from behind to beat both the Horned Frogs and Nittany Lions.

After passing biggest test, are there traps ahead for Ohio State?
WATCH: Urban Meyer weekly press conference ahead of Ohio State vs. Indiana
Advertisement