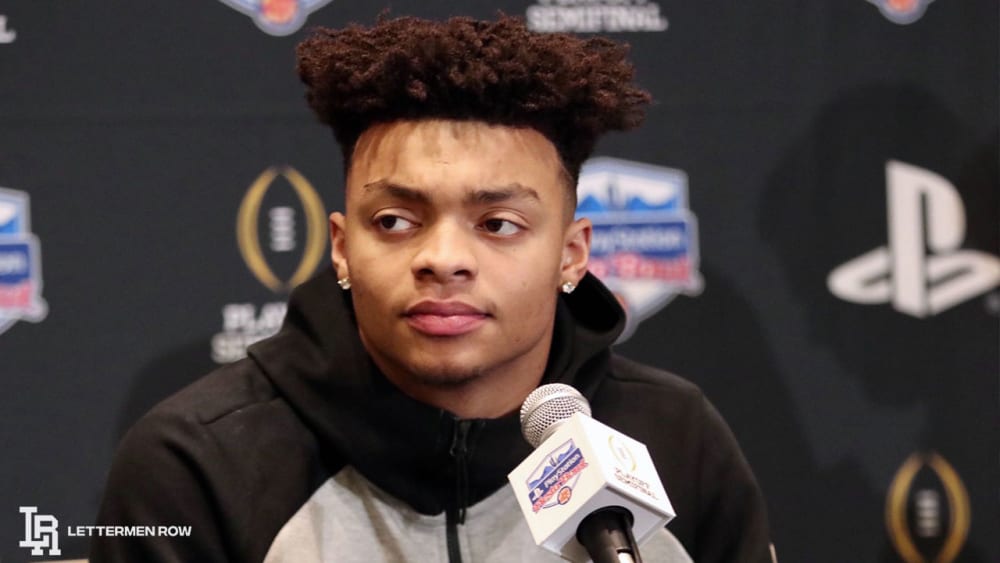 SCOTTSDALE, Ariz. — Justin Fields has made progress on his injured knee, but not as much as the Ohio State quarterback might have expected.

The sophomore is ditching the bulkiest brace that has clearly irritated him since he sprained his left knee last month, and he’s getting closer to having full mobility back as the Buckeyes enter the final stretch of practices for the Fiesta Bowl.

But with the anticipated College Football Playoff matchup against Clemson looming on at the end of the week, Fields admitted before a workout on Tuesday morning that he still isn’t back to full speed.

“My knee is probably not where I wanted it to be right now,” Fields said. “I’m probably going to wear the same knee brace that I started out with for the Team Up North game. I brought the big one just in case anything happens. 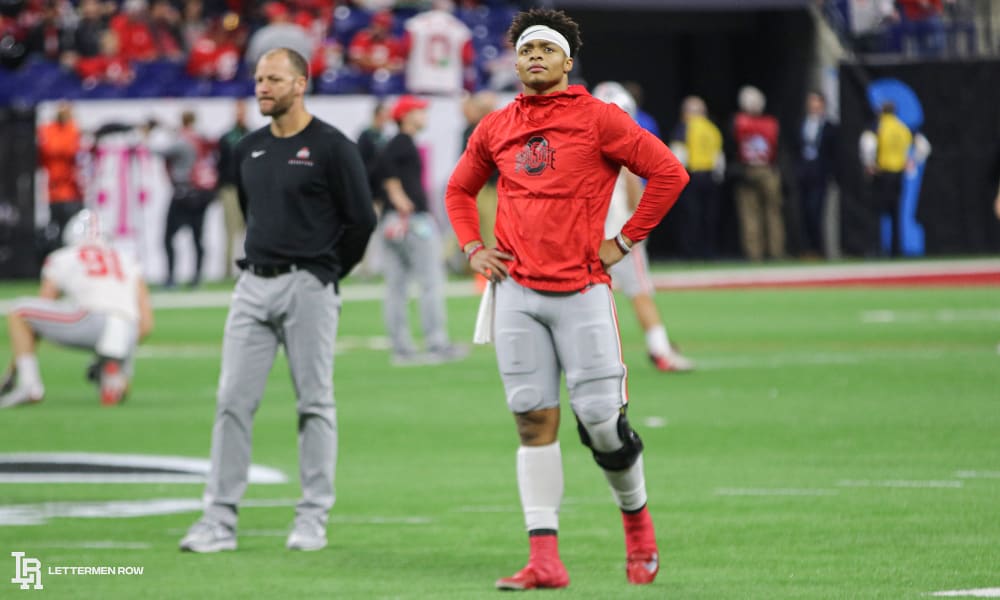 Even at that lower level, the Heisman Trophy finalist is still plenty effective as his heroics in The Game and the gritty effort in the Big Ten title game confirmed for the Buckeyes.

By now, Fields has left no doubt about his toughness, and he’s certainly going to be in better health after a three-week layoff following the semifinal-clinching win over Wisconsin earlier this month. But even if he was limited with his mobility, Fields has shown that he can still thrive even as a more traditional pocket-passing quarterback if that’s what it takes against Clemson.

“But I think as a quarterback, he’s a great passer.”

The arm strength, accuracy and ability to absorb the Ohio State playbook has all helped set Fields apart during his impressive first season as a starter. And his ability to protect the football with only one interception this season reinforces the notion that he’s more than just a dynamic athlete who happens to play quarterback.

There’s no question that the Buckeyes become more dangerous when Fields is capable of making plays with his feet, and he will likely be able to do that with improved effectiveness now that the heavy-duty knee brace has been relegated to a backup role. But at this point Fields isn’t ready to pronounce himself completely healthy, even if he’s strong enough to go lead the Buckeyes into the Fiesta Bowl.

“I have still tried to get as much [practice] reps as possible, really,” Fields said. “I haven’t really missed any reps in terms of getting in there and playing, but I just can’t really move like I want to.

“I definitely hope and pray that I’m better by game day. I think with treatment every day and just resting it every day, hopefully it will be better by the game.”

Either way, Ohio State knows it will have Justin Fields on the field. The only lingering question is how close to 100 that percentage for his knee can get.