Connect with us
Ohio State quarterback Justin Fields expects to be ready to go in the title game. (Birm/Lettermen Row)

COLUMBUS — Justin Fields knew there would be soreness.

Nobody takes a vicious hit from a helmet to the ribs without feeling pain, of course. But the Ohio State quarterback wasn’t hurting quite as much as he expected when he woke up the morning after the Sugar Bowl.

The Buckeyes junior still isn’t planning on revealing any specifics about the extend of his injury heading into the national-title matchup against Alabama on Monday. But Fields once again made it clear that he plans on being ready to lead Ohio State in the biggest game of his career, and he’s continued to prepare all week for the shot to add to his legacy on the heels of an epic performance in the blowout win over Clemson.

“I’ll be good come Monday night,” Fields said after practice on Thursday. “I think the day after the game, I woke up definitely [feeling] better than expected. The day I didn’t expect to wake up kind of hurting was two or three nights after the game. But, I mean, I haven’t really thought about how this injury is going to affect how I’m going to play. 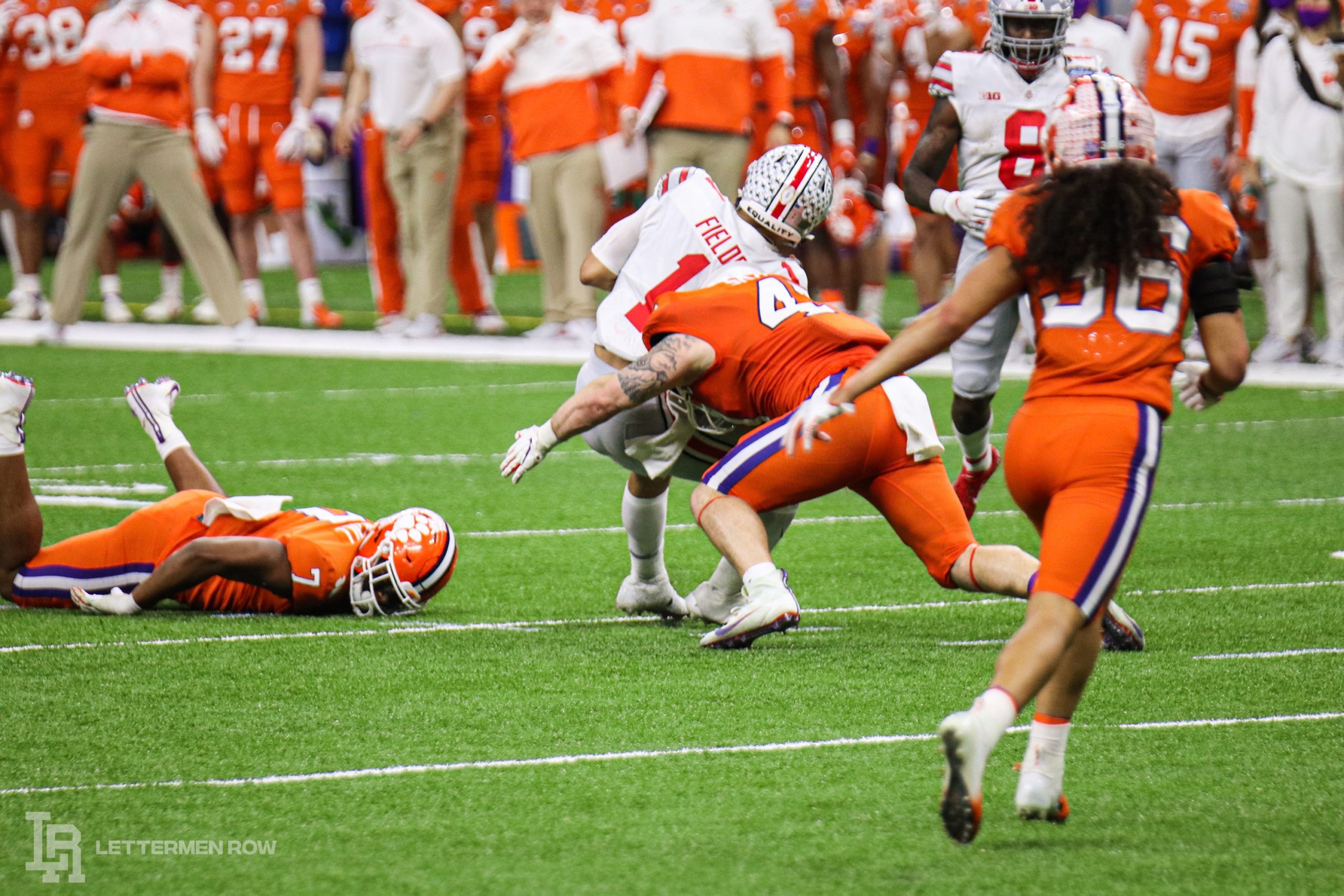 “I’m just thinking about getting as much treatment as possible and trying to get my body right to be able to play at a high level by Monday night.”

Justin Fields still has nearly four full days of recovery time ahead of him before kickoff against the Crimson Tide, and he’ll certainly be making the most of them to get as close to 100 percent as possible.

The odds are long that the Big Ten Silver Football winner will be feeling in tip-top shape for the Buckeyes, though he’s proven pretty resilient and undeniably tough throughout his prolific run leading the program. And Fields also left no doubt that the Ohio State medical staff has his complete trust, taking exception to any suggestion his health wasn’t probably handled as he returned to the lineup in the Sugar Bowl.

“I think what I said after the game was kind of taken out of context,” Fields said. “I just want to make one thing clear: I have full trust in the trainers here at Ohio State and Dr. Borchers. I wasn’t hesitant on anything they were giving me. I was just trying to do whatever I could do to get back on the field. I think those guys handled it the way I would have wanted it to be handled.

“I just put my full trust in those guys, and I see how they get with guys here and I have a personal relationship with all of them. … I think they did a full analysis of my injury and how it was, and they did what they thought was best. I was fully comfortable with that.”

Justin Fields has also woken up in a bit more comfort than anticipated this week as Ohio State gets ready to head to South Florida.

And he fully intends to be ready once more for a high-stakes College Football Playoff game.