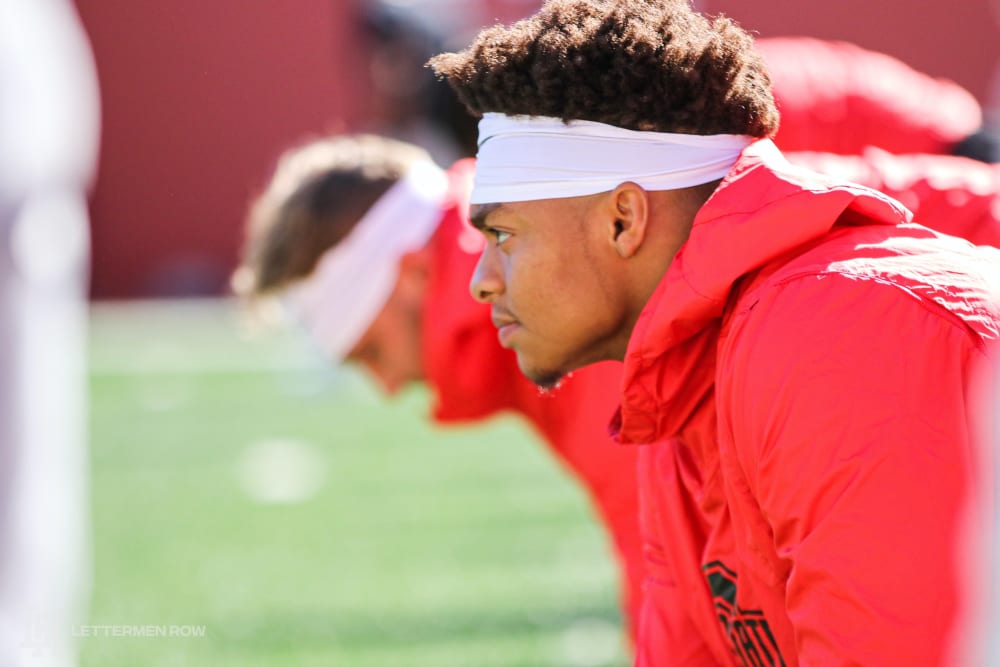 Ohio State quarterback Justin Fields is working to take the next step as a passer. (Birm/Lettermen Row)

The speculation, debate and conversations about Ohio State never end, and Lettermen Row is always ready to dive into the discussions. All week long, senior writer Austin Ward will field topics about the Buckeyes submitted by readers and break down anything that’s on the minds of the Best Damn Fans in the Land. Have a question that needs to be tackled, like the one today about the Ohio State and Justin Fields? Send it in right here — and check back daily for the answers.

Left a ton of yards on the field too, probably a half dozen overthrown wide open deep balls.

Justin Fields stood in the hallway at the Woody Hayes Athletic Center and started dropping his arm into different angles to make his point.

The Ohio State quarterback had been asked to compare his throwing motion to a golf swing, an analogy from another sport meant to find out if there is a common miss with his delivery. If somebody has a tendency to lose a golf ball with their driver to the left, maybe when Fields wasn’t perfect with the football he would regularly miss high like he did on Saturday.

“Nah, not really,” Fields told Lettermen Row. “On some of those high throws, there was a change of arm angle. I just have to work on throwing the ball from different arm angles, really.

“I think it’s just a matter of repetition, and I have to get more consistent with all those throws.”

Fields can make just about all of them thanks to his arm strength, accuracy and what already appears to be solid decision-making about where he should throw it in the Ohio State offense. And given how successful he was during the first two weeks of the season, it might have been easy to forget that he was still just a first-time starter making his first appearance on the road last week at Indiana. 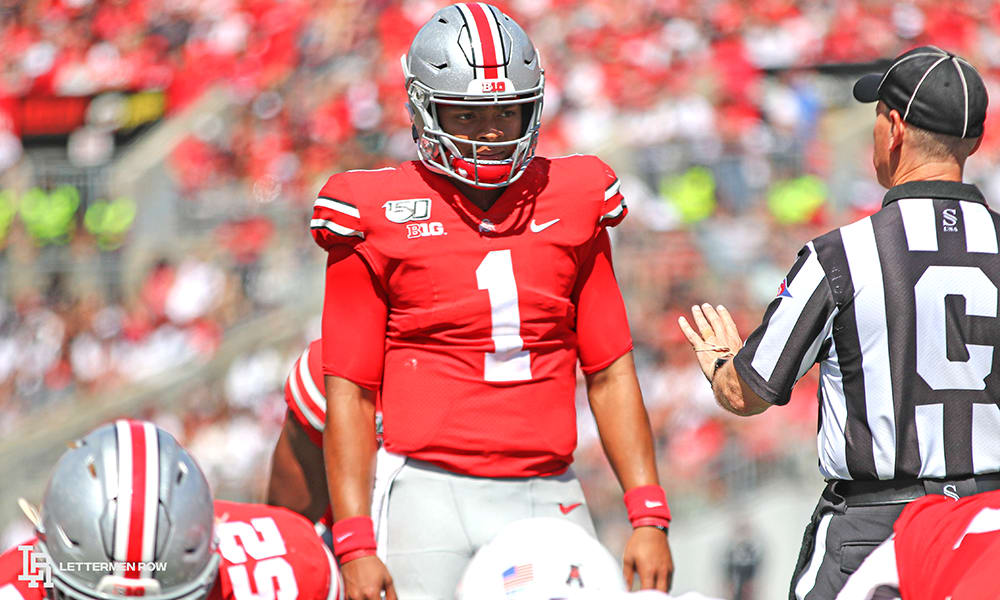 Some inconsistencies or growing pains are only natural. But if going 14 of 24 on his passes for 199 yards with three touchdowns while adding another score on the ground is an example of the floor with Fields, the Buckeyes can surely live with that — especially considering how high the ceiling is for the sophomore.

Ohio State is obviously going to help him work through the incompletions, and Fields has quickly proven that he can take coaching and is as hard on himself as Ryan Day or assistant Mike Yurcich could ever be. Some of the kinks will get worked out simply through game experience and getting more accustomed to dealing with pressure in a live setting. Some of them are already being addressed on the practice field with a variety of drills designed to simulate what he’ll see against aggressive defenses when the blitz is barreling down on him.

“It’s very, very different for a quarterback like when he’s on 7-on-7 coming up in high school or even in practice when there’s nobody around you and you’re throwing a football,” Day said. “There’s always going to be somebody around you when you’re in a game.

“We’ll have people during 7-on-7 kind of standing there and simulate the rush. Sometimes a coach will jump up in front of him and he’ll have to slide his feet, things like that. Sometimes in drills we’ll throw different bags at his feet to make him feel that presence of a body right there. He’s come a long way continually building on that. But again, I think where he is right now is light years ahead of where I thought he’d be. We’ll just keep working those drills, and the more he feels comfortable, the better he’ll be.”

Even with his completion percentage dropping against the Hoosiers, it’s not like the Buckeyes weren’t happy with what they’re getting from Fields.

He didn’t turn the football over. He showed another step forward in managing the offense by only taking one sack. And if the rushing attack hadn’t been so utterly dominant, maybe Ohio State would have given Fields more opportunities to air it out and hit on a few more throws.

The Buckeyes didn’t have to push it against Indiana, and they won’t have to against Miami (Ohio) on Saturday, either. Maybe next week at Nebraska will reveal more about whether or not Fields has a consistent miss that’s high when the competition gets stiffer and the pressure is ramped up again — but there’s really no concern about that in the Ohio State practice facility.

“It’s just practicing off-platform throws,” Fields said. “It’s practicing those funny-body throws and working on that. There are some things that you can’t really practice for, but it’s the stuff like getting out of the pocket and doing some of those throws like Aaron Rodgers does.

“Rodgers is really good at that, and he practices that. So, if I can do that, it’s going to make me a better quarterback.”

Justin Fields is already plenty productive. But he also knows he can still get better, and he and Ohio State have a plan in place for how to do it.