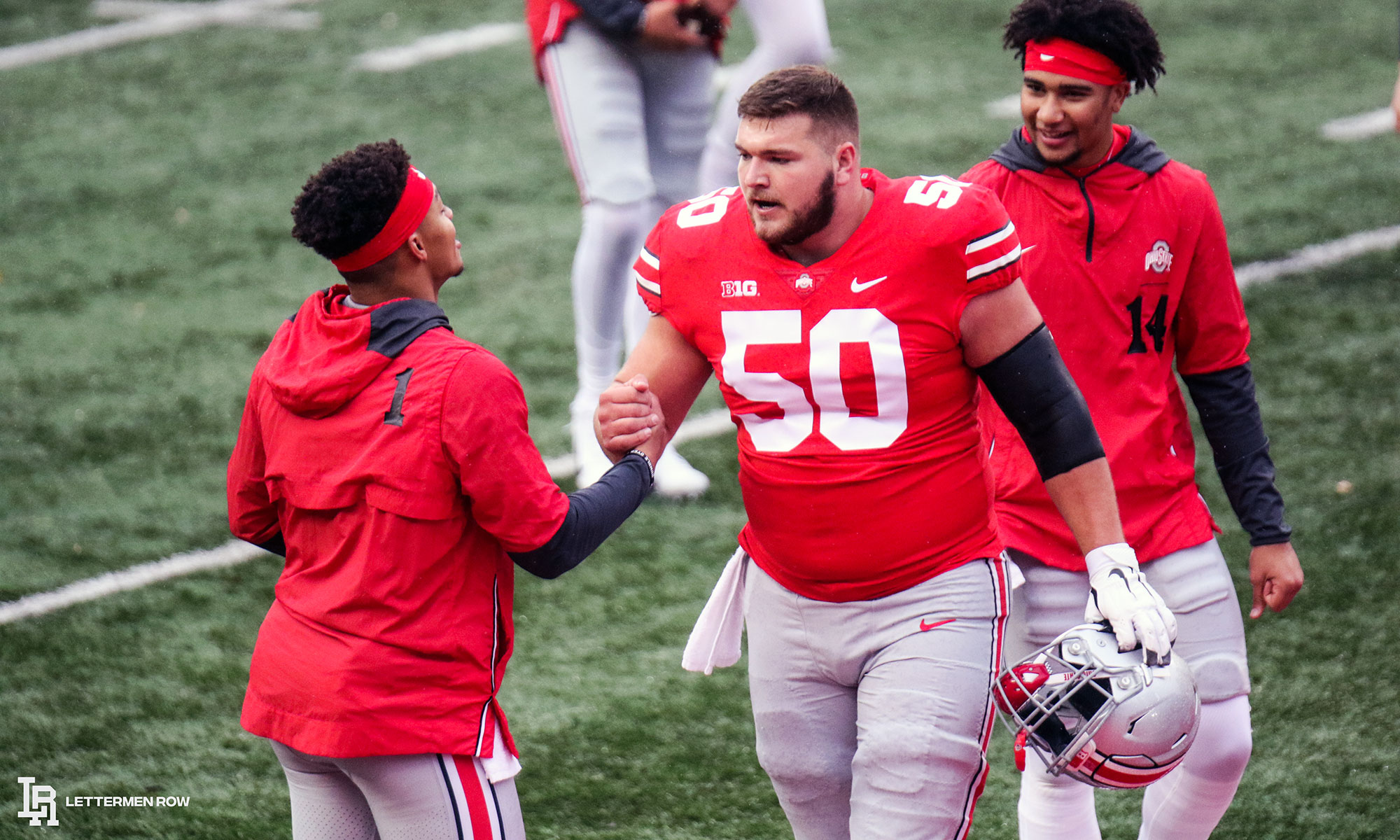 COLUMBUS — Josh Myers won’t physically have his parents with him at Ohio State for the first time in his career.

But they’re always uniquely with him in spirit, and Myers is adding to the rich family tradition that has been passed down over the years with bonds strengthened by football.

Myers will be wearing a different jersey to pay tribute to his late grandfather on Saturday against Indiana, wearing No. 50 instead of his customary No. 71 while also continuing to keep a piece of Donnie Myers’ old Miamisburg jersey in his sock to keep his family close with him even when they can’t be in the Horseshoe.

“I love my grandparents, and I have such a close relationship with them,” Josh Myers said on Thursday. “He passed away a few years ago due to Alzheimer’s, and one thing that my grandma does is that before every season she writes me a letter and then cuts out a square of his jersey from when he played in high school. I wear it in my sock for every game. I just thought it would be a nice thing to wear No. 50 to honor him.

“I wanted it to be a one-time thing that’s really cool that my grandma can have as a memory.” 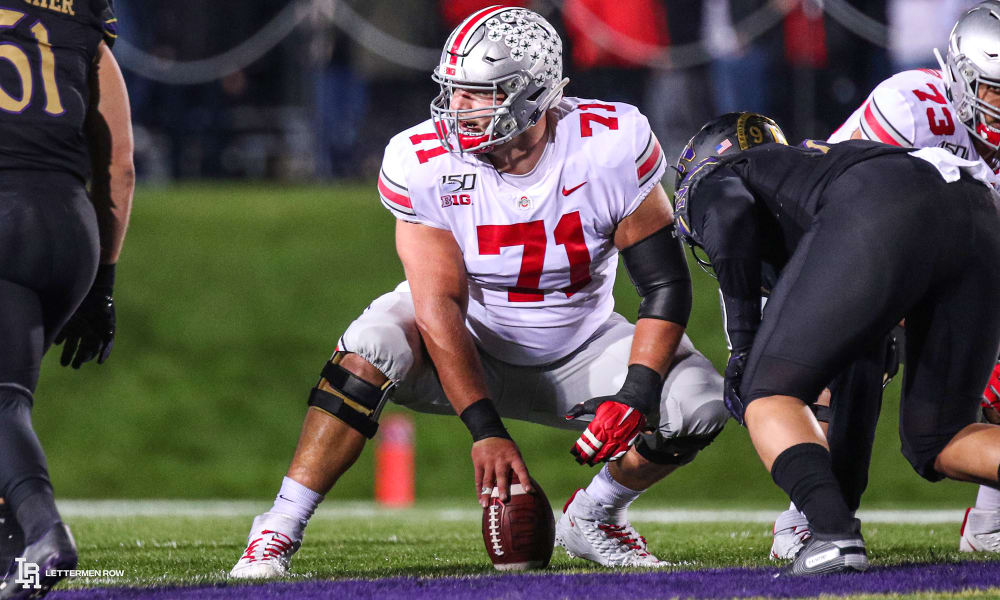 Ohio State center Josh Myers will be wearing No. 50 against Indiana. (Birm/Lettermen Row)

Beverly Myers won’t be in the stadium for the de facto Big Ten East Division title game, nor will any other family members for the Buckeyes thanks to the ongoing health advisory in Franklin County. It’s the first time Myers will have ever played a game at either the high school or college level without his parents in the stands, and that only added to the emotion and resonance of his plan to make a one-time switch out of the number that he inherited from his dad and brother into the one his grandfather wore.

The idea was sparked from another pandemic moment when Myers was cleaning his room during quarantine, stopping to open up a box his grandmother gave him when he left for Ohio State. Inside were all the letters she writes to him before every season, a few old pieces of the Miamisburg jersey that Myers keeps in his sock on game day, pictures of his family on the football field — along with the original No. 50 that was cut out and given to him when he joined the Buckeyes.

Myers wanted to return the favor for all the special memories he had been given. And the chance to put that No. 50 under the Myers name was too good to pass up.

“Of course this week, we get the bad news [for families at the stadium],” Josh Myers said. “It’s unfortunate — my mom and dad have never missed a game in college or high school, this will be the first one they’ve ever not been at. It’s a bummer, it’s unfortunate. But it’s out of our control, and it is what is. This is the longest I’ve gone without seeing my family in my whole life, and I’m not going to see them anytime soon.

“So, this definitely magnifies the importance of this to me, because obviously I miss them like crazy. I’m excited for this and it will be a cool thing.”

And it will be yet another football memory for a Myers family that has always treasured them.