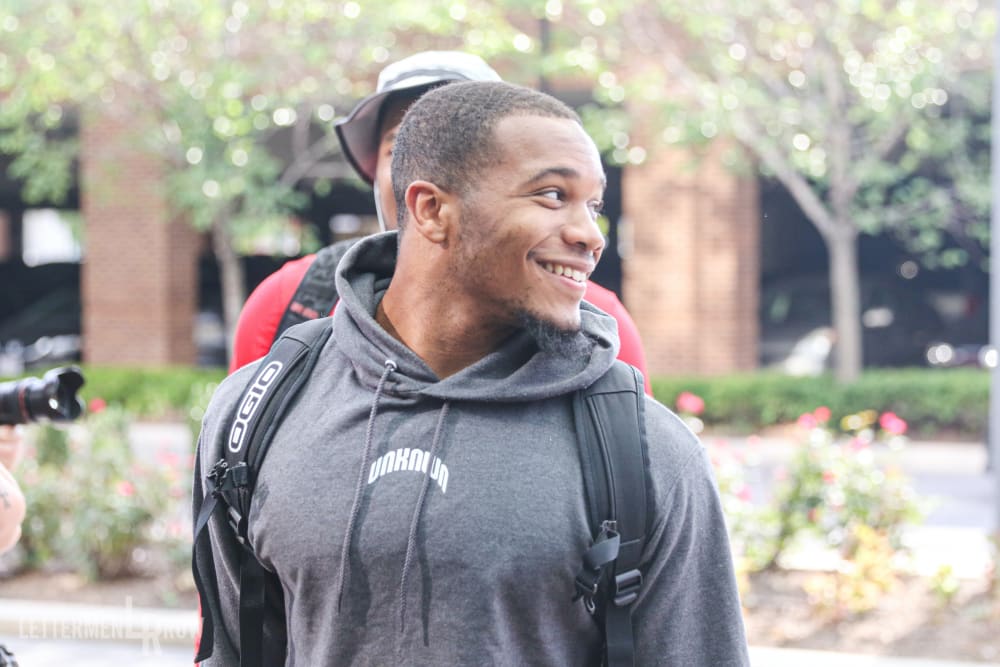 The speculation, debate and conversations about Ohio State never end, and Lettermen Row is always ready to dive into the discussions. All week long, senior writer Austin Ward will field topics about the Buckeyes submitted by readers and break down anything that’s on the minds of the Best Damn Fans in the Land. Have a question that needs to be tackled, like the one today about the Ohio State and the workload for J.K. Dobbins and the running backs? Send it in right here — and check back daily for the answers.

Will JK Dobbins be the every down back or will there be more of a committee/stable used in the opener to keep JK fresh?

The days of having to share the workload and split the carries right down the middle are over for J.K. Dobbins at Ohio State.

He’s finally the guy, and the junior has clearly worked to build himself into a tailback capable of handling as many snaps as the Buckeyes could possibly need. But everybody has a limit, and Ohio State is obviously going to need Dobbins at his best later in the season instead of during the first couple weeks — which should largely be tuneups for a legitimate national-title contender.

But here’s the catch: Ohio State has a new, inexperienced quarterback on the field, and right now that makes Dobbins the most reliable option the offense has. Until the game against Florida Atlantic is in control, it’s probably in the best interest of the Buckeyes to ride with Dobbins, let him prove he’s one of the country’s best tailbacks — and then let him take the rest of the afternoon off in the Horseshoe.

If Dobbins and Justin Fields do their thing against an overmatched defense and the Silver Bullets show the kind of improvement that’s expected, there should be plenty of time for Demario McCall, Marcus Crowley and perhaps Steele Chambers to get some reps — along with Master Teague as well, if he’s fully healthy. 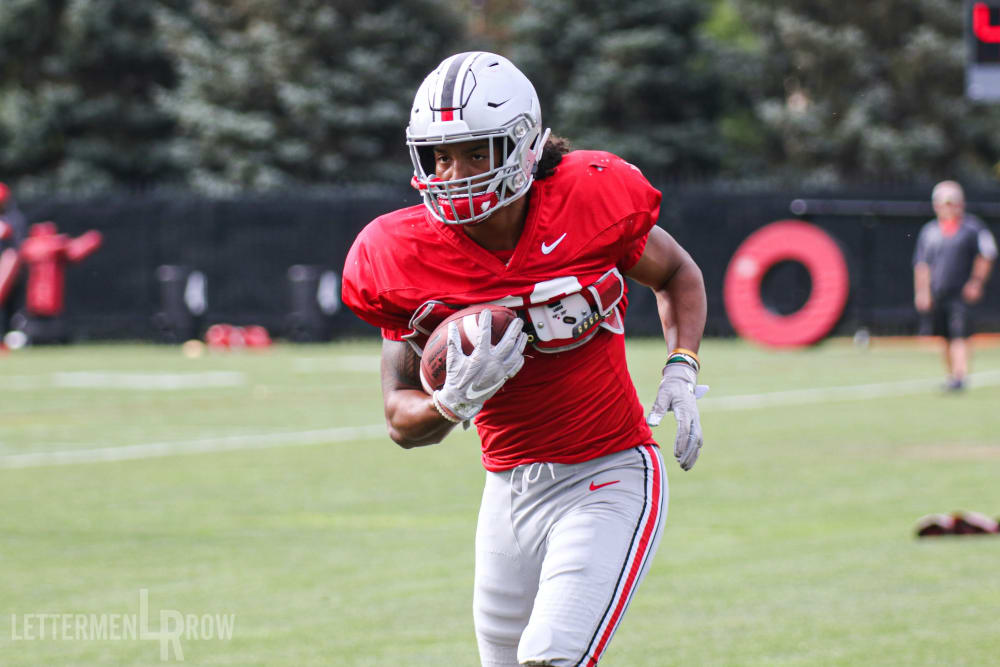 Ohio State freshman Steele Chambers could potentially get some carries in the opener for the Buckeyes. (Birm/Lettermen Row)

“Demario has had a good camp,” Ohio State coach Ryan Day said. “He’s done some really good things. I think he can really be a weapon for us. Master has practiced a couple days. When he has, he’s looked good. He’s been limited all camp, which is hard. I know frustrating for him. Then the two freshmen have been running hard.

“I think there’s a chance you could see them all play right now.”

There may be some value in getting McCall and Crowley involved right away to potentially get more meaningful snaps to evaluate, but coming off the inconsistency that rotating caused over the last couple seasons, Ohio State should probably avoid that temptation.

It’s true that the Buckeyes need to find out exactly what they have behind Dobbins. Can McCall be more than just a situational tailback and do the dirty work when it comes to picking up blitzes? Is Crowley truly ready to perform as a true freshman coming off a solid set of spring practices and impressive training camp? Where is Teague in this picture after missing time during August due to an undisclosed injury?

But it’s also true that the top priority for Ryan Day is simply to beat Florida Atlantic. And since coaches take nothing for granted, he probably isn’t looking at the first quarter as a chance to experiment — which means he’ll need to roll with a game plan that features the guy he already knows he can count on the most. There is no denying the upside Fields brings at quarterback, but he’s never started a game and Ohio State will almost certainly be trying to ease him into the attack instead of forcing the issue right away.

That should make J.K. Dobbins the focal point for the Buckeyes, which is the role he’s been waiting and working two years to claim. Ohio State ideally won’t need him to do it for four quarters against Florida Atlantic, but that should be his job until there’s no doubt about the outcome.

WATCH: Ryan Day previews Ohio State opener with Florida Atlantic
What We Learned from Ryan Day, Buckeyes ahead of opener