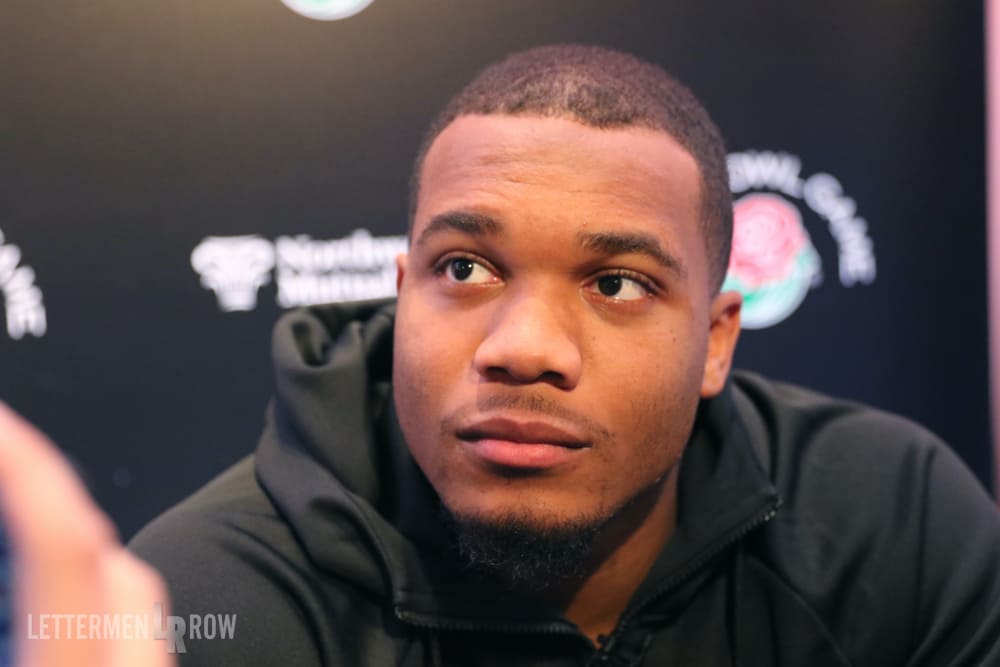 The speculation, debate and conversations about Ohio State never end, and Lettermen Row is always ready to dive into the discussions. All week long, senior writer Austin Ward will field topics on Urban Meyer and the Buckeyes submitted by readers and break down anything that’s on the minds of the Best Damn Fans in the Land. Have a question that needs to be tackled, like the one today about J.K. Dobbins? Send it in right here — and check back daily for the answers.

Who do you see as the rb with JK next year? Will we see a more traditional 70/30 split? Also, give me your starting wr for next year?

LOS ANGELES — There is nothing wrong with sharing, and J.K. Dobbins made the most of a split workload in the Ohio State backfield.

The sophomore running back grew closer with Mike Weber. He had a chance to stay fresher and healthier without needing to take every carry for the Buckeyes. And he still set himself up to make even more history with the program after posting another 1,000-yard season and scoring 11 more touchdowns.

But even if Dobbins has no problem with the way the season played, opening the season as a potential Heisman Trophy candidate and finishing it simply trying to solidify himself as Ohio State’s top tailback, that doesn’t mean he wouldn’t prefer something different next year. And he’s going to get it as a junior as Mike Weber heads to the NFL, giving Dobbins his shot to be the unquestioned lead tailback — along with all the extra touches that comes with that role.

“Of course,” Dobbins said about wanting more carries. “But I’m not a selfish guy. Mike is a great guy, so I just want to see him be successful.

“It helped keep us fresh — or fresher, you know. It was a great bond, and we made some great memories. So I think it was a great time this year.” 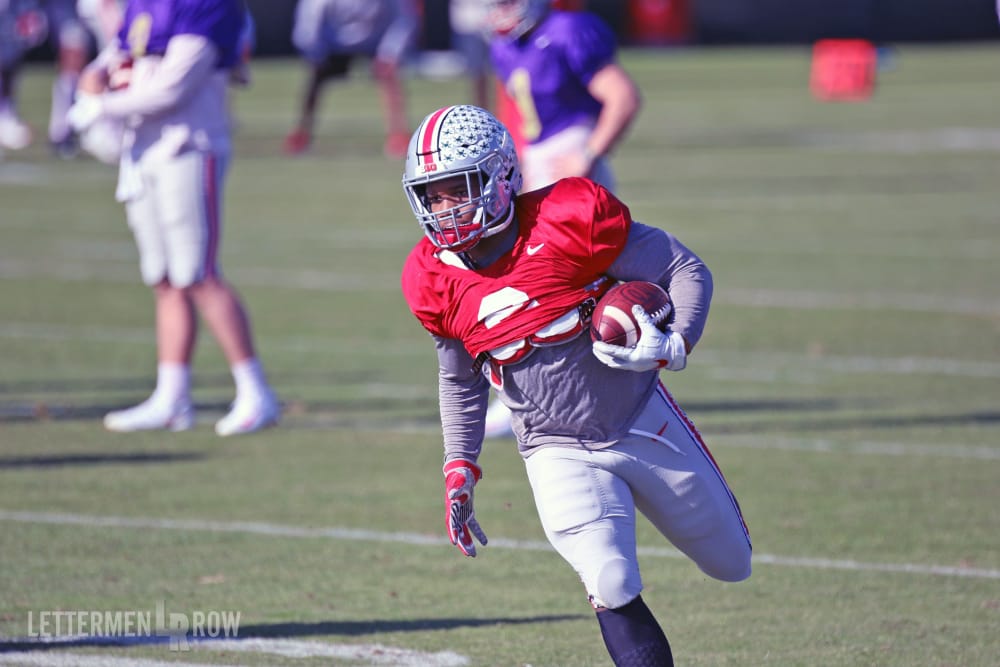 Ohio State running back J.K. Dobbins is looking to end the season on a high note in the Rose Bowl. (Birm/Lettermen Row)

The best might still be to come for Dobbins, though. And it’s possible that the Ohio State ground game might reach a higher gear by funneling more responsibility and carries through just one guy.

Obviously the Buckeyes didn’t have many issues scoring points as the most explosive attack in the Big Ten this season. But there were clearly times when they had trouble generating momentum running the football even with Dobbins and Weber both bringing NFL ability to the backfield. Maybe it’s not fair to blame those guys considering the way Ohio State occasionally struggled on the offensive line and the lack of holes for them to run through — but there’s also value for tailbacks to finding a rhythm that comes from getting consistent carries in the flow of the game.

Dobbins is almost certainly going to get the chance to find out next year if that makes a difference for him next season, even with Master Teague emerging as a viable weapon for the Buckeyes moving forward. The program has still provided no update on the status of Brian Snead after he appeared in just two games and then effectively vanished with no explanation, but that only adds to the likelihood that Dobbins should be gearing up for more work than he’s ever had in his career.

With Ohio State moving away from the quarterback run as well, it’s not unreasonable to project Dobbins receiving a bump up to at least 20 carries per game next season — at least. The Buckeyes could always put more weight on his shoulders, but it will also want to be careful not to grind him to dust when there are so many other game-changing threats around him on the offense. That’s a delicate balance, of course, but there will be no question moving forward about where Dobbins sits in the pecking order.

So, J.K. Dobbins better get ready physically for a heavy dose of carries. Mentally, he’s already there.