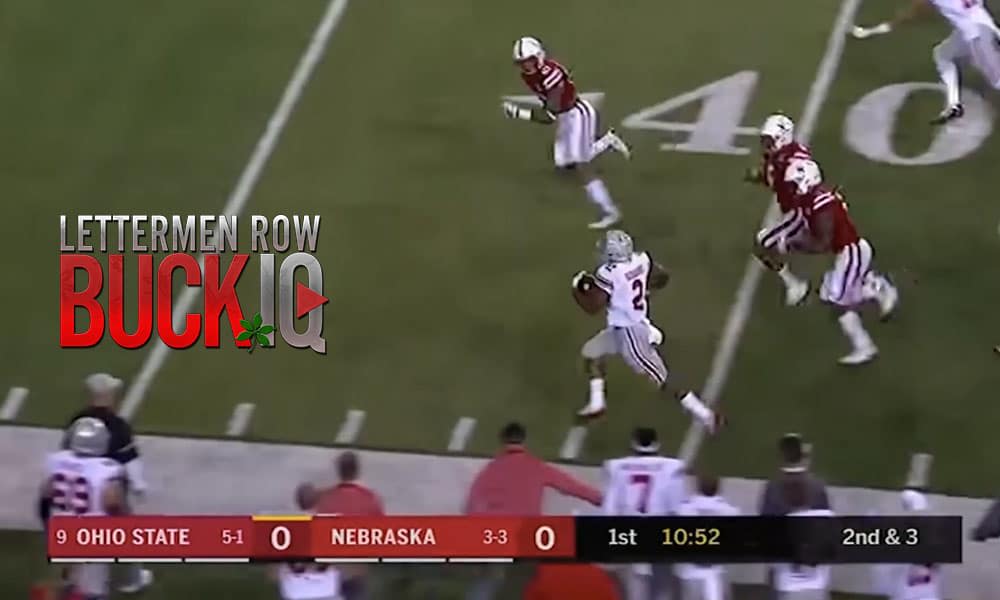 The position isn’t supposed to come that easily for freshmen. J.K. Dobbins made it look almost simple during his breakthrough debut season at Ohio State.

Thrust into the starting lineup unexpectedly in the first game of his career with the Buckeyes, Dobbins would simply go on to have the most productive season in terms of yardage of any freshman in school history. And obviously there have been plenty of elite rushers that have worn the Scarlet and Gray throughout the years, so that’s absolutely a record to be proud of for the youngster from Texas.

So, what fueled that impressive campaign for Dobbins? How was he able to so seamlessly transition his game to the college level, making a mark not only right from the jump against Indiana but all the way to the end of the season with an MVP trophy to show for his work in the Big Ten championship? For starters, it’s clear to see that he reported to the Buckeyes physically ready for the position. But there’s much more to playing the position than that, and the complete package is regularly on display when the film of Dobbins is popped up on the projector.

In the newest edition of BuckIQ, the film study series at Lettermen Row featuring analysis from players like me and a handful of other Ohio State players who have lived through the experiences with the program, we’re putting Dobbins under the microscope. Today is just a small sample size of his rushing attempts, of course, but they represent what he did in that eye-opening start against the Hoosiers all the way until he was racking up yardage against Wisconsin in Indianapolis with a conference crown on the line.

It’s no secret by now that Dobbins had success last year. But looking at what he’s already put on film shows just how he might take his game to an even higher level as a sophomore.