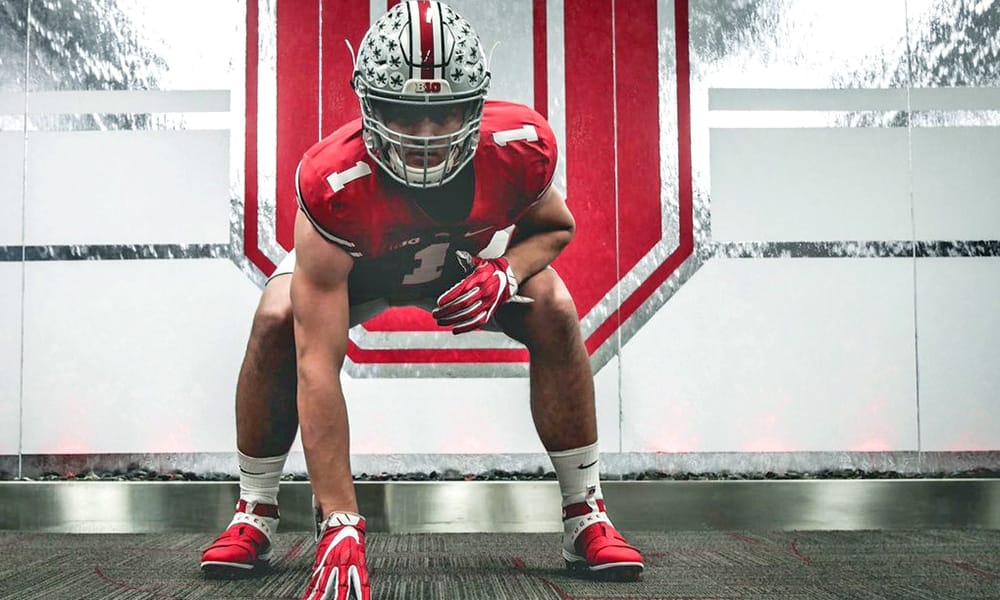 COLUMBUS — Like clockwork, the anticipation that a major change is coming for Ohio State and its tight ends shows up every offseason.

By now, it’s as much of a tradition for the program as Buckeye leaves on helmets and as reliable as hearing “Hang on Sloopy” heading into the fourth quarter at the Horseshoe, except this one only seems to come with disappointment.

Jake Stoneburner has been on both sides of it now. Ten years ago, the touted recruit from nearby Dublin was supposed to be the game-changing weapon that would expand the passing attack and create matchup nightmares for opposing defenses in coverage. A decade later, despite his own success and a school record to his name, he’s still waiting just like everybody else for that position to truly explode — and now banking on Jeremy Ruckert to finally be the guy that checks off that annual item on the Ohio State wish list.

“This guy has got the world in front of him,” Stoneburner said. “Big, tall, fast, can put on the weight. Coming in and being that guy, you’re No. 1 at that position, you’re going to have high expectations.

“It’s hard to live up just because Ohio State always has high expectations. But from what I’ve seen, as long as he puts in the work and puts in the time, expectations can be lived up to.”

Ruckert only officially reported for duty this week, enrolling for summer classes and preparing to take part in offseason conditioning ahead of his highly-anticipated freshman campaign. He hasn’t gone through a single practice or put on pads yet, but that hasn’t slowed down the buzz about his potential to expand the Ohio State that has been growing since the moment he signed with the program in December as the top-rated player at his position in the country.

Given his credentials, impressive size at 6-foot-6 and 240 pounds and the clear opportunity for him to make an impact as the Buckeyes try to replace Marcus Baugh at his position, it’s easy to understand why Ruckert has generated so much excitement and speculation that he could be a difference-maker right away. But as Stoneburner or Jeff Heuerman or Nick Vannett or Baugh can all attest, it’s not always that simple to change the conversation about playing tight end at Ohio State regardless of the physical tools all of those guys brought to the table. 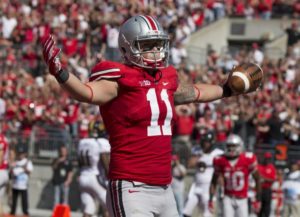 “Getting the offense down and getting comfortable and actually being an every-down contributor, especially as a freshman coming in, that’s pretty tough,” Stoneburner said. “You’ve got to be physically strong, mentally strong and know the ins and outs of the playbook — and have the quarterback on your page. He can make some plays and have an impact as far as scoring and here and there plays, but as far as an every-down player, it’s kind of tough as a freshman, especially at the tight end position.

“I’ve watched a lot of his film, and he can go make some big-time plays. Get up and get the ball, he high-points the ball great, runs really well after the [catch] for his size. The true test will be what he’s like in the trenches. You don’t want a tight end going out there who can’t block — ever.”

That’s true even of pure receivers in Urban Meyer’s offense, but it’s nonnegotiable in a spot that plays a crucial role in the success of the ground game as well.

The value and importance of the position can occasionally be overlooked too easily when it isn’t racking up catches or touchdowns. And Ohio State owes plenty of its success over the years to some of the thankless work those NFL-caliber tight ends have contributed without the ball in their hands. But every year, without fail, there’s a feeling that the unit could still contribute more and make the attack even more dangerous.

Stoneburner did his part and left his mark on the Buckeyes, of course, wrapping up his career with 13 touchdowns — the most in school history from the tight end spot. Ruckert should tape that number up in his new locker at the Woody Hayes Athletic Center, and he can rest assured that the touted recruit who came along 10 years before him wants nothing more than to see him shatter that record.

“If he puts in the hard work, he should be up there,” Stoneburner said. “Somebody who is 6-foot-6 and can jump and catch the ball? You can use that at any time.”

A weapon like that could do more than just catch passes and score touchdowns.

He might just be able to end an offseason tradition and change the conversation about Ohio State tight ends.