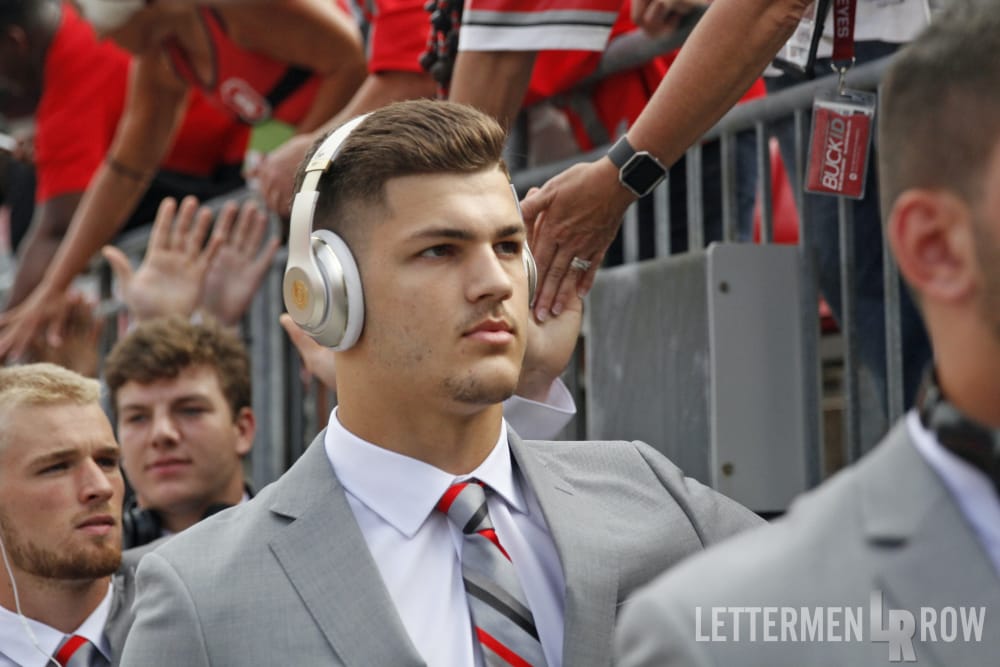 There are trials by the proverbial fire, and then there are the events encountered this season by Ohio State’s freshmen that serve as a bone-jarring welcome to big-time college football.

So, naturally, tight end Jeremy Ruckert believes this unorthodox debut campaign is going to be a bedrock for the future.

“You’ve just got to give it to the senior leadership here,” Ruckert said. “We’ve been punched every single week and we’ve just been able to overcome it basically every single week. You really just lean back on the leaders and the coaches, and we stayed strong this year.

“I mean, we’re definitely overcoming everything and coming down the road, it definitely can’t get much worse [from an adversity standpoint] than what this season has. Just keep fighting through it and it’s worked out pretty well.”

Similarly, Ruckert’s role moving into the future with Ohio State, which faces Washington New Year’s Day in the Rose Bowl, also is working out rather well. The former consensus four-star prospect from New York owns experience in 11 of 13 games so far at Ohio State, including his first career catch.

While the program has bountiful depth at the position right now, Ruckert’s physical tools are expected to provide greater opportunity moving forward for a 6-foot-5, 240-pounder whom Urban Meyer describes as the best tight end prospect he’s recruited. 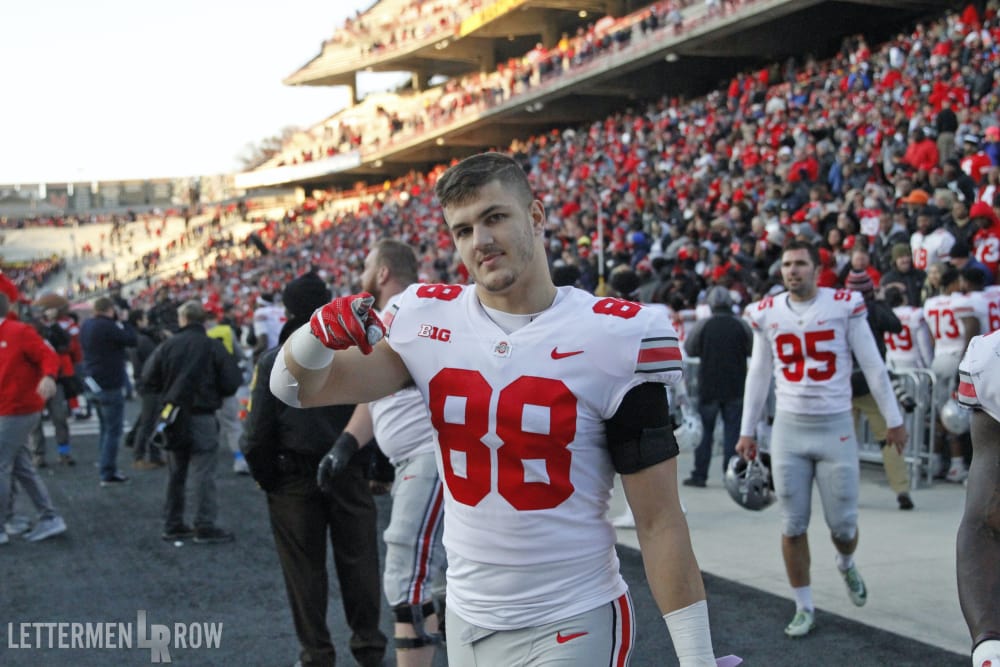 “Just getting better every day,” Ruckert, up 10 pounds and getting extra lifts on off-days, said of his bowl-prep focus. “This is my first year actually playing tight end, so I’ve just been learning every single day and all the older guys have been helping me. Coach [Kevin] Wilson, everybody’s been helping me out so just trying to be a complete tight end and help out the team any way that I can.”

In preseason camp, ascending coach Ryan Day highlighted Ruckert’s skill-set, and Meyer similarly did so during the season’s midpoint.

“You’ve got a really good young player coming up, Jeremy Ruckert,” Meyer said. “And Jake [Hausmann] is healthy again now, so there are four guys [with Luke Farrell and Rashod Berry] that are helping us in other areas of the game, too.”

Aside from the bizarre adversity surrounding this season, Ruckert essentially is exactly where he expected be in choosing the Buckeyes. Championships, after all, are a huge factor in his signing with Ohio State over virtually every major program in the country.

“Coming in, you knew this is what it’s all about,” Ruckert said after the Big Ten title-game victory. “It’s really cool to live it out, and watching it at home last year and now being able to be here, it’s pretty awesome.

“Not only coming here but being able to play a couple plays in the game and get a little experience from the older guys, it’s going to definitely help me along down the road. All we do is talk about being champions and everything we’ve been through, to actually be a champion is something you can learn from a lot.”