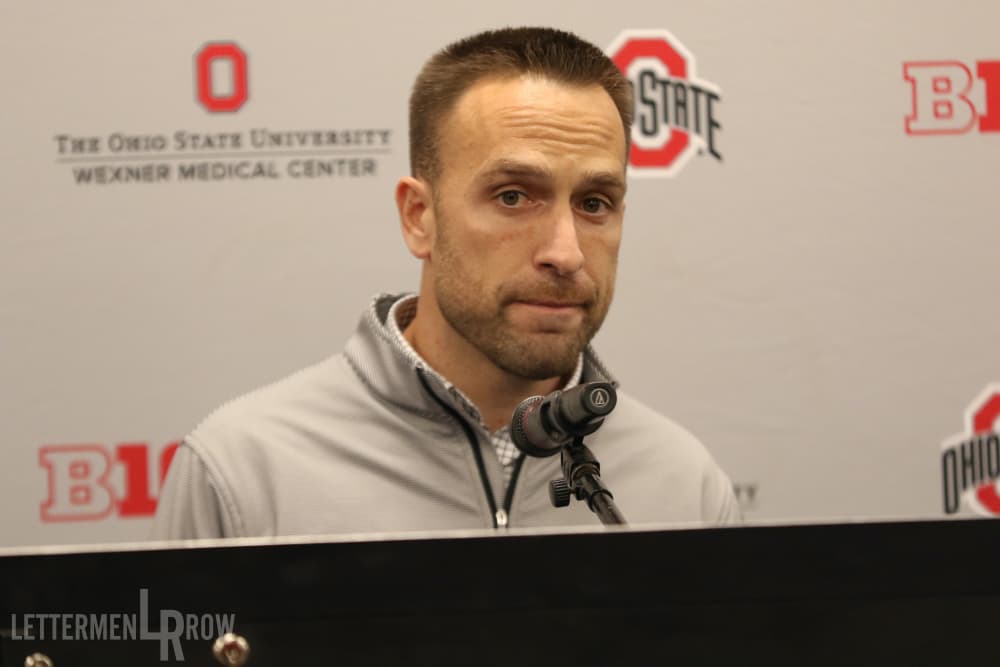 The speculation, debate and conversations about Ohio State never end, and Lettermen Row is always ready to dive into the discussions. All week long, senior writer Austin Ward will field topics on Ryan Day and the Buckeyes submitted by readers and break down anything that’s on the minds of the Best Damn Fans in the Land. Have a question that needs to be tackled, like the one today about Jeff Hafley? Send it in right here — and check back daily for the answers.

I don’t think Hafley will be around long, just by the way he carries himself and knowledge of the game. I think he will be a head coach before long, what is your take?

Jeff Hafley walked into the team room at the Woody Hayes Athletic Center still as something of a mystery. The new Ohio State co-defensive coordinator walked out smiling and with the media practically begging to hear more from him.

Winning a press conference certainly isn’t a guaranteed predictor of on-field success for coaches, of course. But Hafley left little doubt in his roughly 10 minutes introducing himself in Columbus that he’s got a deep knowledge of defensive football, an infectious personality that can make him a winning recruiter — and a competitive edge that is never far from the surface.

Basically, Hafley left all the same impressions that Ryan Day did back when he was the off-the-radar hire brought in to help the program as a coordinator. Just about the only difference was Hafley works on the other side of the ball, which is pretty convenient since that’s where the Buckeyes need the most work. 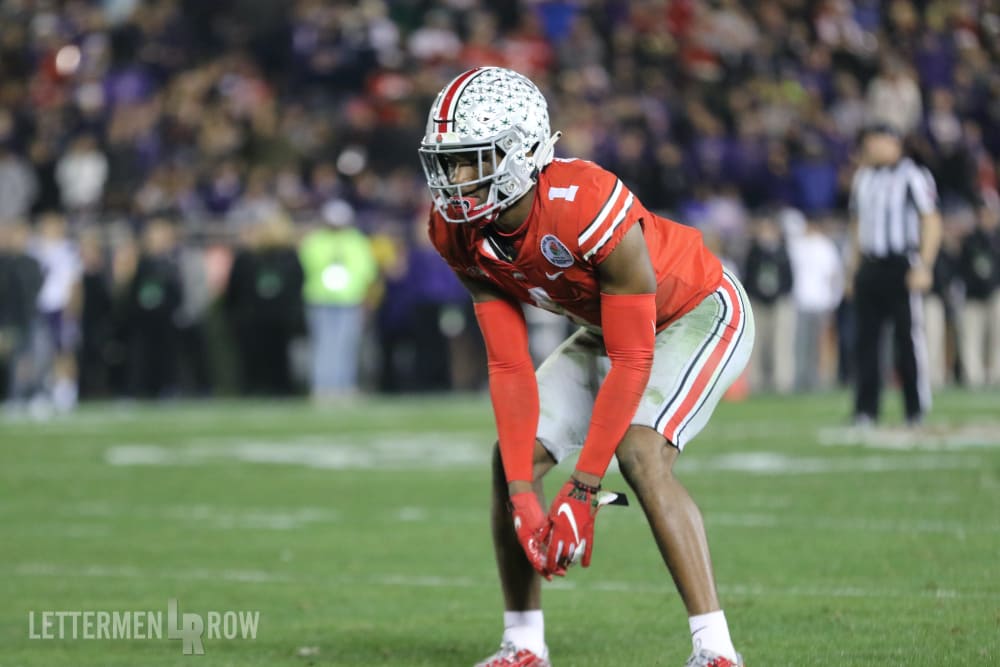 Ohio State has talent to work with in the secondary with Jeffrey Okudah returning. (Birm/Lettermen Row)

“Ryan didn’t talk about fixing anything,” Hafley said on Wednesday. “When Ryan called me and we started to speak, we just talked. We talked about the possibility of me coming back to college football, what he saw me doing. But we never talked about fixing anything. I have a ton of respect for [former defensive coordinator Greg] Schiano. He’s a mentor to me, and obviously you guys know I’ve been around him for a long time. I’ll never say anything bad about the defense, about the scheme because I’ve been on other sides of that.

“The new guys come in and think everything was wrong. It’s not. There’s a lot of right, and he did a good job on a lot of things, and I mean that. Our job is to get better, and we certainly have to.”

Hafley didn’t lock himself down to just one particular style of defense to get those improvements from the Silver Bullets, and he indicated he is open to more flexibility in style with his secondary than the nonstop press-man approach that bottomed out last season for Ohio State.

He also bristled at any suggestions that his defensive backs wouldn’t turn to make plays on the ball, name-dropped some impressive cornerbacks who still reach out to him for advice and paid lengthy deference to his new co-coordinator in Greg Mattison before his time on the microphone was up. Truly it was one of the more entertaining, enlightening press conferences for a first-timer that the Buckeyes have had in a while.

Maybe that sounds over the top, and it might be. But for as impressive as Hafley’s resumé looks on paper, his arrival from the San Francisco 49ers to join the Buckeyes was understandably met initially by a lot of shrugs since he was not a well-known candidate for the position.

Hafley is changing that perception in a hurry, and Ohio State might have another rising star on its hands if his work on the sideline is anywhere near as good as the podium.

Continue Reading
You may also like...
Related Topics:Featured, jeff hafley