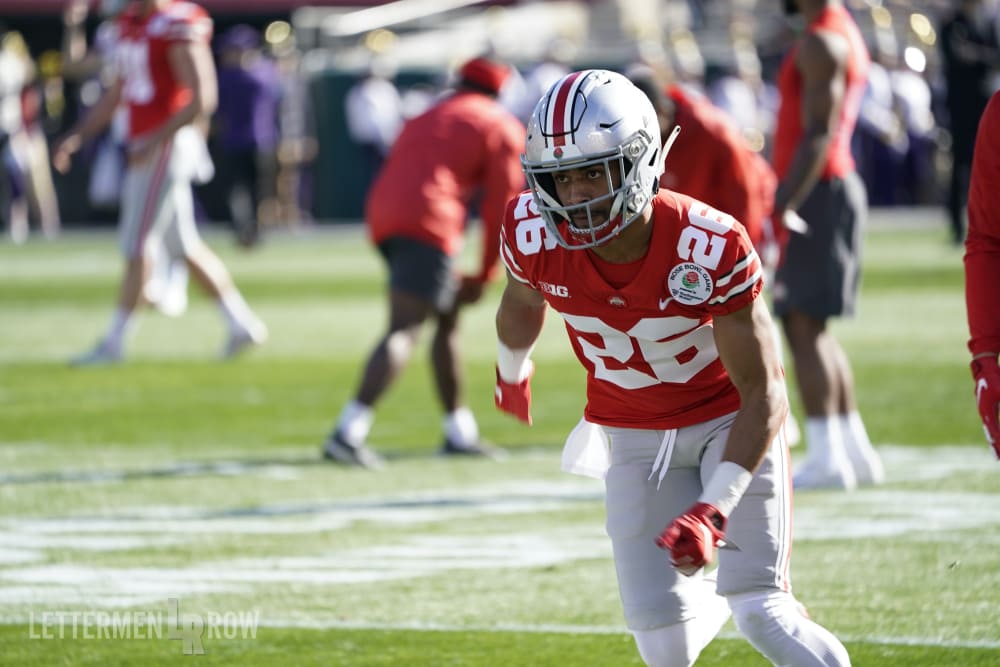 Ohio State offensive weapon Jaelen Gill could be in line for a key role with the Buckeyes. (Birm/Lettermen Row)

The speculation, debate and conversations about Ohio State never end, and Lettermen Row is always ready to dive into the discussions. All week long, senior writer Austin Ward will field topics about the Buckeyes submitted by readers and break down anything that’s on the minds of the Best Damn Fans in the Land. Have a question that needs to be tackled, like the one today about Jaelen Gill emerging for the Buckeyes this season? Send it in right here — and check back daily for the answers.

Who has a bigger role this year? Ruckert or Gill?

Ohio State could afford to be patient with two of the most tantalizing young prospects in the program last season. And that developmental period as freshmen for Jeremy Ruckert and Jaelen Gill should wind up paying off in a significant way heading into their second years on campus as the Buckeyes prepare to turn them both loose.

Ruckert might not have been quite ready to handle the blocking duties at tight end last season. Gill was stuck at the back of a logjam of talent at the skill positions. And given the responsibilities required to play for a national-title contender, it’s probably safe to assume that even with their impressive physical skills, neither was truly prepared to offer a significant contribution a year ago.

But both of them are on the rise now after productive spring camps and a full offseason in the strength program. So, which one is going to make the bigger impact for the Buckeyes?

Honestly, there’s a solid case to be made for both of them — and that’s not just meant to hedge the bet. While there is the possibility of a little bit of positional overlap as Ohio State toys with Ruckert as an H-back, it might be tricky to quantify a head-to-head comparison between the two considering how the program uses its tight ends. 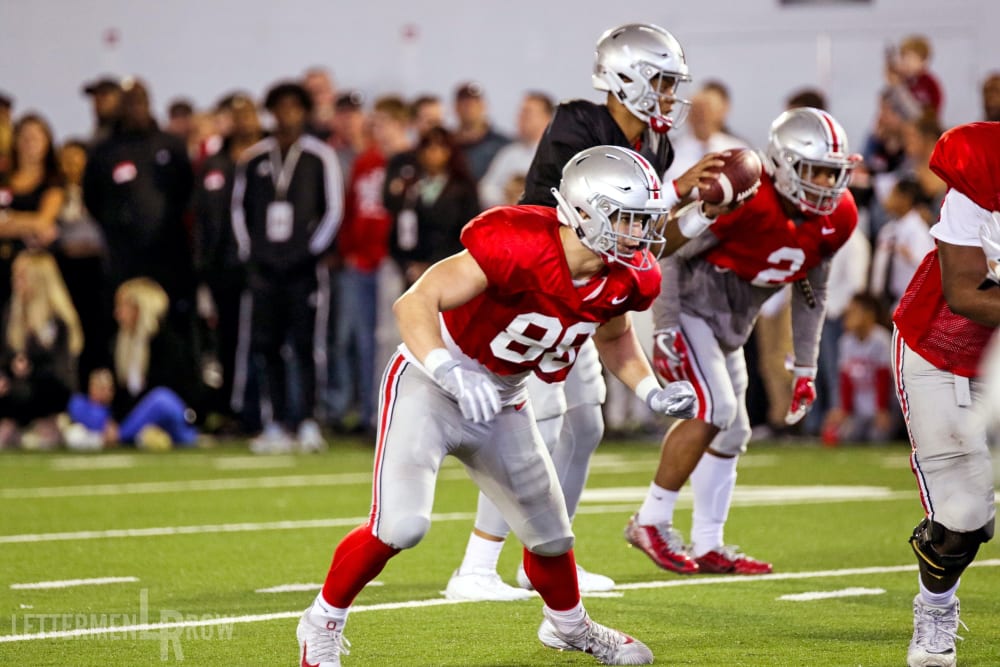 In terms of snap count, it seems like Ruckert would be the safer pick for a variety of reasons. The Buckeyes are planning to use more two-tight end sets this season. There aren’t as many other options at that position. And with Ruckert adding more strength and becoming more technically sound as a blocker to go with his undeniable ability as a receiving threat, that should leave him with plenty of opportunities to get on the field.

That doesn’t mean it will translate to a high volume of touches for Ruckert, though. And that’s perhaps where Gill might be able to play catch-up without necessarily getting as many plays to work with this year.

Gill could be an option as a return man on special teams. He’s going to have some chances to line up as a weapon in the slot and showed off impressive hands during the spring. And Gill also has the kind of speed and athleticism that is reminiscent of Parris Campbell, which might also open the door for him to get involved as a rushing threat on jet sweeps or end arounds.

Now, Gill will still face some heated competition for those touches, and there are more guys vying for that workload at H-back and wide receiver than what Ruckert will deal with at tight end. But both of them are already building rock-solid cases that they need to be part of the plan for Ohio State on offense.

Statistically, it feels like Jaelen Gill has the greater upside when it comes to explosive plays and opportunities to touch the ball. From the standpoint of consistently being on the field to help keep the attack rolling, Jeremy Ruckert probably gets the edge.

Either way, the clear winner in that debate will be the Buckeyes.