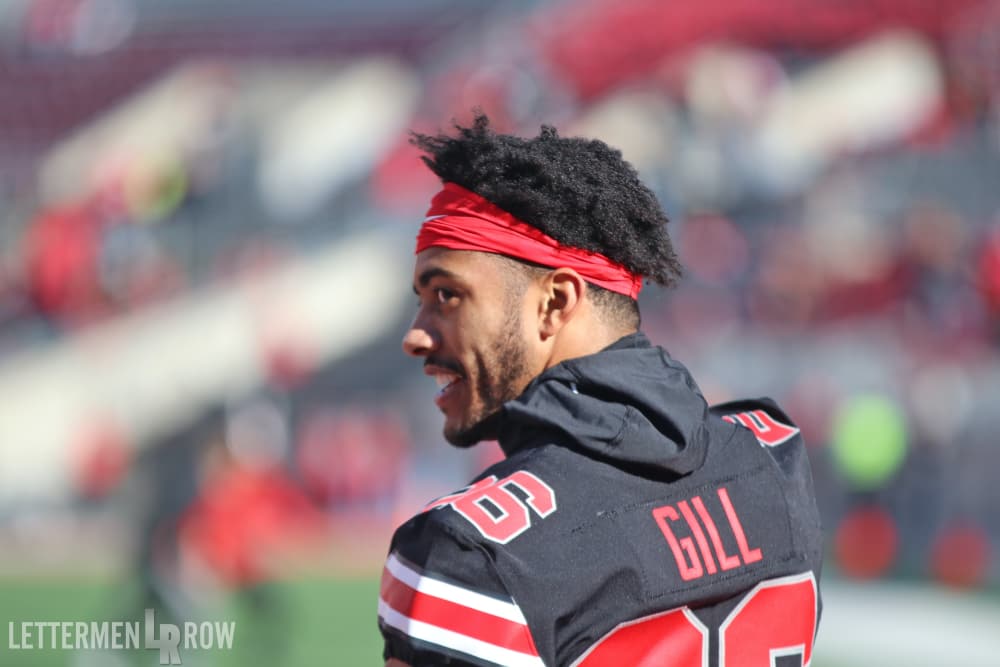 Ohio State H-back Jaelen Gill is coming off a redshirt season with the Buckeyes. (Birm/Lettermen Row)

The speculation, debate and conversations about Ohio State never end, and Lettermen Row is always ready to dive into the discussions. All week long, senior writer Austin Ward will field topics on Ryan Day and the Buckeyes submitted by readers and break down anything that’s on the minds of the Best Damn Fans in the Land. Have a question that needs to be tackled, like the one today about Jaelen Gill? Send it in right here — and check back daily for the answers.

What’s the word on Jaelen Gill? Haven’t heard much about him.

As hard as Ohio State might try to avoid them, redshirt seasons happen. And they also can prove to be invaluable, and Jaelen Gill won’t have to look very hard to find out why.

If Gill is going to emerge as one of the next great do-it-all weapons at H-back, Parris Campbell just laid out the blueprint for how the position should be played. And one of the most productive careers by a wide receiver in Ohio State history started with a year to acclimate to the offense, harnessing the speed of the game and making a transition to a position that is perhaps more challenging to learn than it might seem.

Is the Westerville product the next Parris Campbell? There are plenty of similarities beyond just sitting out for a season, which is why this could wind up being a critical set of offseason workouts before spring practice for Gill. 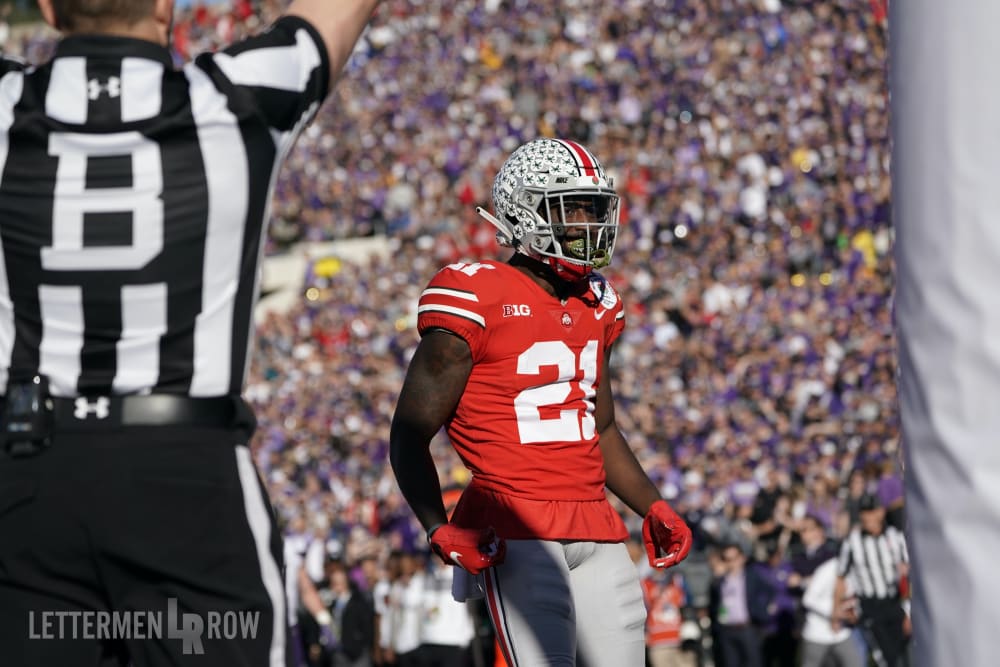 Can Jaelen Gill follow in the footsteps of Parris Campbell at Ohio State? (Birm/Lettermen Row)

Considering what Ohio State has lost at receiver with Campbell, Johnnie Dixon and Terry McLaurin all now off to the NFL, there is a clear path to more playing time if Gill can continue sharpening his route-running. And with Brian Snead no longer a part of the program at running back, a player like Gill with a background carrying the football could potentially be an option to help in that department as well — even if that would just be a complementary, change-of-pace role behind J.K. Dobbins and Master Teague.

The key for Gill is that he’s more than capable of lending a hand in both areas, just as Campbell was at his best. And it’s important to keep in mind that it didn’t happen right away for Campbell or another once-touted recruit like Dontre Wilson — or even Curtis Samuel as he tried to take over that H-back role. A redshirt year shouldn’t be looked at as a sign of problems, and for Gill it isn’t an indication at all that his huge ceiling as a player has lowered at all.

Certainly playing in just two games wasn’t what he had in mind. But the Buckeyes didn’t really have a pressing need to get him involved last year with all that depth at wide receiver while Dobbins and Mike Weber were leading the rushing attack. There was no good reason for Ohio State to potentially waste a season of eligibility for Gill, even if he winds up becoming the game-changing weapon the coaching staff anticipates and he doesn’t stick around for the full five years like Campbell just did.

That sort of long-range projection is hard to make at this stage for Jaelen Gill. But in the short term? A huge opportunity to make an impact is in front of him now, and he’ll be one of the most intriguing options for the Buckeyes as they try to take yet another step forward offensively.