Connect with us
Ohio State commit Jack Sawyer will bring immense potential to the Buckeyes.

COLUMBUS — The off-the-charts athleticism is clear to anybody who sees Jack Sawyer, so it was obvious that he would be an easy sell to the Ohio State coaching staff.

The rich tradition of the Rushmen is just as undeniable at this point. After growing up watching the Bosa brothers, Sam Hubbard, Chase Young, Tyquan Lewis and so many more defensive ends thrive with the Buckeyes, the no-brainer fit was just as clear in the other direction.

Plus, it didn’t hurt at all that the Pickerington product grew up just a short drive from the Horseshoe, which almost made it seem like an inevitability that the third-ranked prospect in the country would commit to the Buckeyes. But both sides still had to make that decision to join forces, which they did early last year to potentially put Sawyer on the fast track to the NFL and keep the Ohio State defensive line stocked with elite talent.

“Coach [Ryan] Day came to me and said that I’m the priority for them and that they need players like me from the state of Ohio,” Sawyer said shortly after pledging to Ohio State. “I can do huge things with being able to get guys to come, and it’s really on me to build a huge class. 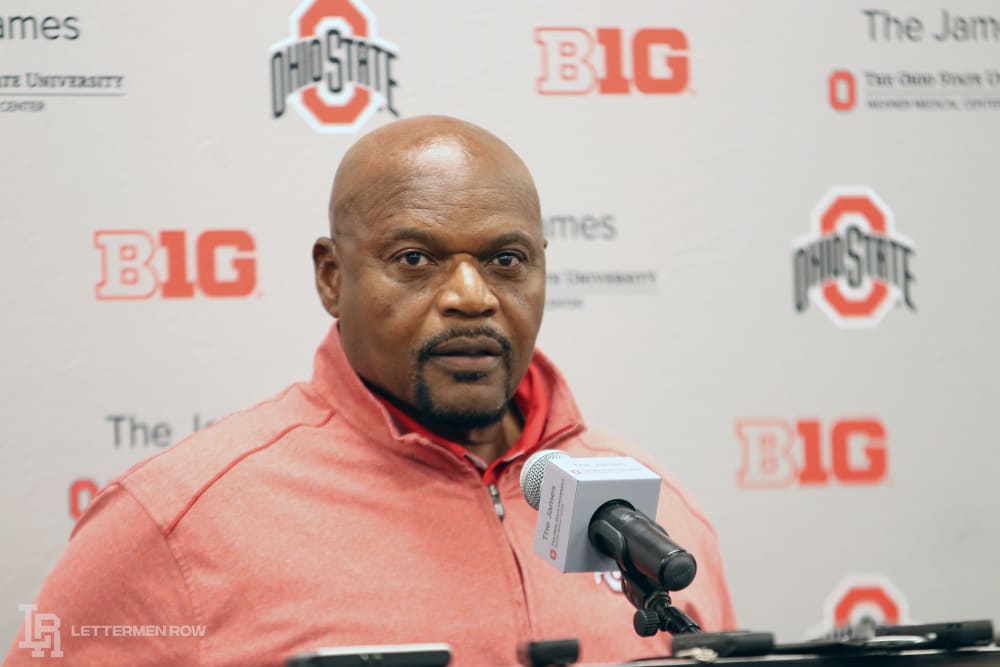 “Me and Coach Day, early on, when he first took the job, he made one of his first stops to come to see me. It means a lot to me that he’d come and see me early on when he has a bunch of 2019 recruits that he [had] to keep locked up.”

The Buckeyes and Sawyer will still have to wait another year to start working together, and there will obviously still be room for him to grow once he’s done at the high school level and Larry Johnson gets his hands on him on campus.

But Sawyer’s skills are already raising expectations for what he could become at Ohio State. And with the combination of his size and athleticism and the professional assembly line the Rushmen have built, it doesn’t seem that crazy to already start projecting him as another NFL Draft pick a few years down the road.

What is so impressive about Ohio State commit Jack Sawyer that has him ranked No. 3 overall in the country? How much more does the defensive end need to do to prepare for his arrival on campus with the Buckeyes? What is the transition like working with famed Buckeyes position coach Larry Johnson? Former Ohio State star and current Cincinnati Bengals defensive end Sam Hubbard joined Lettermen Row in the virtual film lab to answer those questions in the latest episode of BuckIQ.

LJ is our legendary DL coach of the full “tool box”; but Day develops Jack?

…IMO solid questions… where does the text address those questions?

Scarlet Sunrise: Buckeyes add another key piece to recruiting class
Next Man Up: How Buckeyes can replace Jashon Cornell on interior
Advertisement