COLUMBUS — The low point came in the midst of a Whiteout with a primetime audience watching and a potential Big Ten championship on the line for Ohio State. Isaiah Prince wasn’t ready for the moment.

The redemption can come in the midst of a Whiteout with a primetime audience watching and a potential Big Ten championship on the line. Isaiah Prince appears more than ready for his second chance on the road against Penn State.

Two years removed from a painful loss for the Buckeyes collectively and a brutal learning lesson for Prince specifically, they will both return to Happy Valley on Saturday night for a top-10 showdown loaded with intrigue. There are two great quarterbacks who will command the spotlight, well-known stars on both sides of the football and programs that have owned the Big Ten over the last couple seasons.

But don’t lose sight of Prince, who has built himself up through those early growing pains to become one of the most important contributors to the Buckeyes and one of the best linemen in the Big Ten. From his spot at right tackle, Prince will can absolutely help swing the outcome one way or the other.

“And I can’t be more proud, and his family should be very proud, too.” 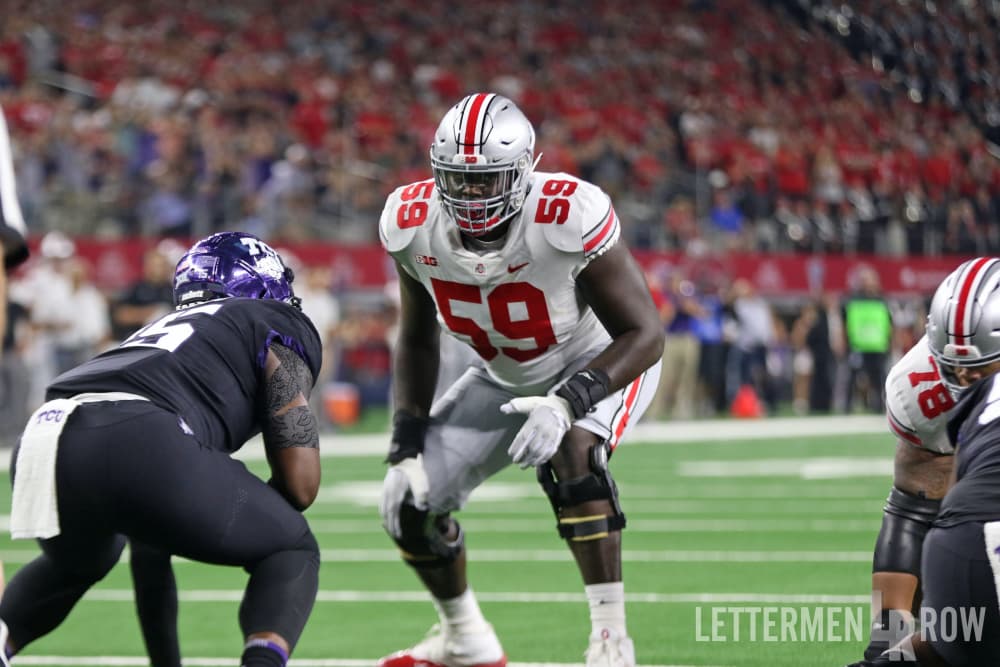 Ohio State right tackle Isaiah Prince has developed into one of the most important Buckeyes. (Birm/Lettermen Row)

Prince can add to his growing list of accomplishments by exorcising some personal demons against the Nittany Lions. He already got a measure of revenge last year in the Horseshoe, showing off his significant improvement from one year to the next — but now replacing those bad memories for Beaver Stadium is next on his to-do list.

Former Ohio State right tackle Reid Fragel has broken down Prince’s transformation previously on BuckIQ, and he’s back again looking at some of the solid work the senior has given the program already this season — including how he delivered one of the impressive blocks of the season.