Connect with us
Ohio State offensive lineman Harry Miller can be a building block for the future.

COLUMBUS — If it wanted to, Ohio State could probably but Harry Miller in any spot on its offensive line.

But the Buckeyes are eventually going to want him smack-dab in the middle as the center of the future.

The five-star talent from Georgia has already demonstrated his value as a leader on the recruiting trail, and Miller’s work in keeping Ryan Day’s first signing class together is never going to be forgotten by the program. But in terms of what he could bring on the field, it’s not a stretch to envision him as a potential foundational player down the road for a unit looking to get back to Ohio State’s high standard in the trenches.

“As a player, his ceiling is a first-round NFL draft pick,” Buford coach John Ford told Lettermen Row.  “[Miller] has strength, flexibility, technique and an overall commitment to excellence.

“I saw Ohio State just do a comprehensive job recruiting him. They left no stone unturned.” 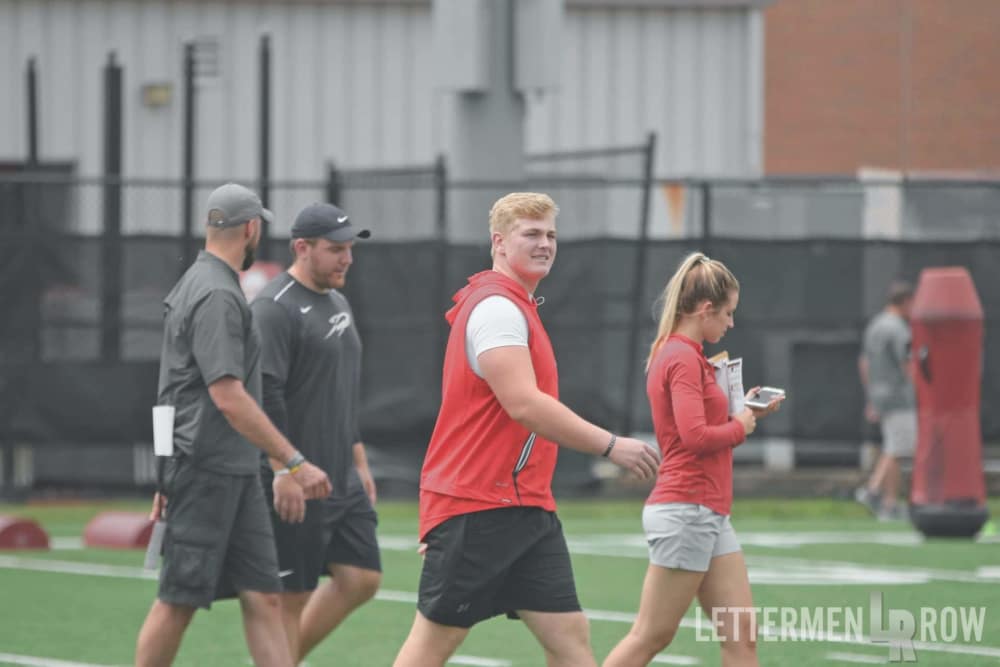 That effort was eventually rewarded for the Buckeyes, who clearly needed to upgrade the offensive line and couldn’t afford not to pour every ounce of energy they could into the pursuit of such a talented blocker. And Ohio State will be eagerly awaiting his arrival so he can get to work tapping into his immense potential.

Miller’s resumé as a high school standout speaks for itself, but that doesn’t mean Lettermen Row is going to skip an opportunity to peek at his game film to see what he can potentially provide for the Buckeyes as he develops into a Big Ten-caliber starter. Former Ohio State right tackle Reid Fragel was back in the lab to break down the new signee for his latest episode of BuckIQ, and there was plenty for him to like already when it comes to fundamentals, mental approach and athleticism.