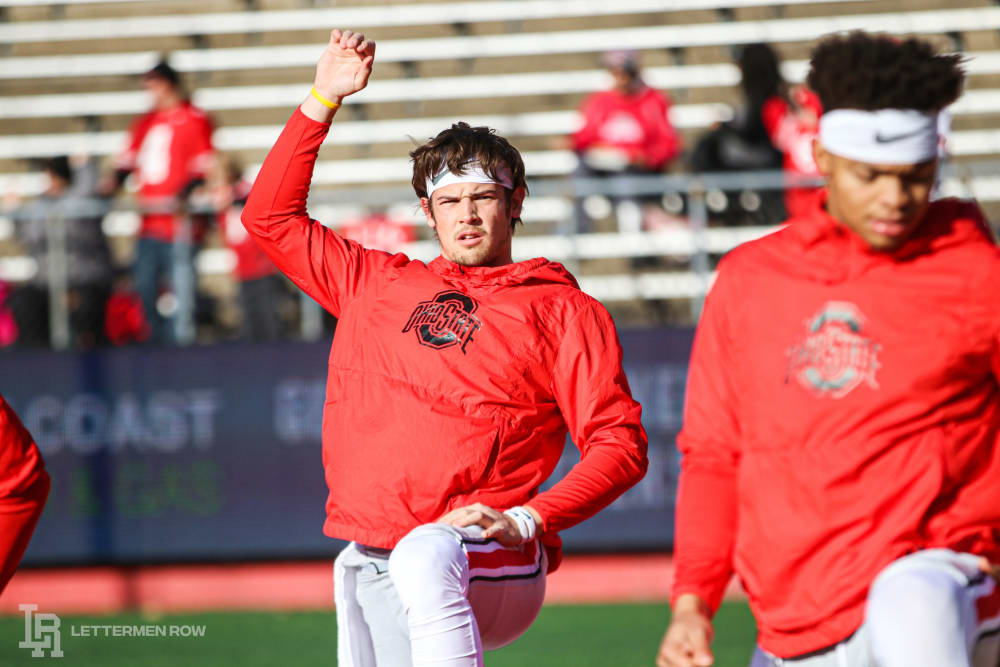 OK, so Hoak — a Buckeyes legacy who transferred from Kentucky to his home-state school in the offseason — only tossed six passes in a reserve role. The six completions went for 104 yards, including a long of 61, and a touchdown.

And Hoak likewise served as consummate teammate throughout the Buckeyes’ 13-0 blitzkrieg into the postseason, all wins coming by a double-digit margin.

Naturally, then, Hoak already was focused on the next step in a jubilant but also workmanlike Ohio State locker room after last Saturday’s Big Ten Championship. 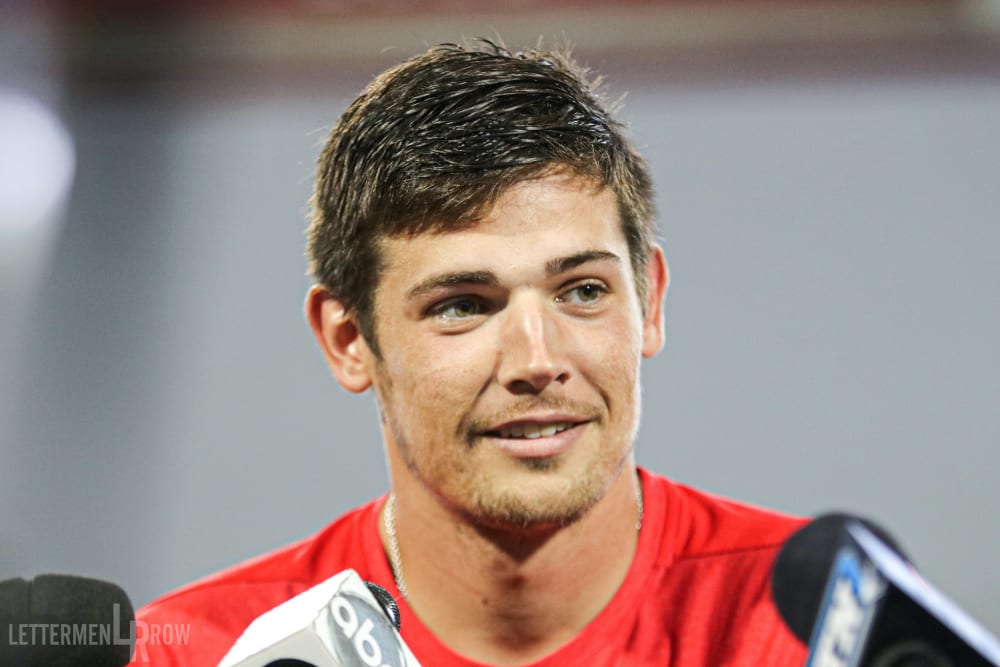 “I definitely need to get better, myself and the team, obviously, going into the playoffs. As a bowl game, it’s just my previous experience was what Kentucky did, but having that development of everyone and keeping it going.”

Sustaining and gaining program excellence was Day’s message to the Buckeyes in the immediate aftermath of their come-from-behind win against Wisconsin that capped a perfect regular season and left the Buckeyes as the No. 2 seed in the College Football Playoff.

“It’s very important, it’s actually what Coach Day just said before we started going crazy in here,” Hoak said. “It’s that legacy that’s being left behind, leave something that will go on forever.”

If it seems like forever that the Hoak family connection has permeated Ohio State football, it’s because the family touches the program all the way back to the 1970s. Hoak’s father, Frank, played in the Horseshoe, and his uncle, Frank Pagac, was both a player and coach across three eras: Woody Hayes, Earl Bruce and John Cooper.

So, yes, Hoak found particular significance in the program’s third-straight conference championship but his first crown of any kind at the collegiate level. And as he starts looking ahead to his second season with the Buckeyes, more competition is on the way as Hoak keeps improving and prepares for the challenge C.J. Stroud and Jack Miller will provide as early enrollees after signing with the program on Wednesday.

“I think both are really excited to come in here and go fight for playing time,” Day said. “I think to say that they’re going to go compete with Justin to be the starter next year is a little bit unfair, but to fight for that backup spot next year is real. They’ll both be coming in here, and you never know how that works. Before you know it, you’re in it. In order to go win championships, you have to have depth at that position.

“For the situation that we have, it’s unbelievable because you have Justin Fields and you have Gunnar Hoak. But other than that, there’s nobody in the program other than some of the other walk-ons who are still developing, and we hope they become candidates to win a backup job or whatever.”

Hoak will have his chance to earn that for himself once this season is done in the College Football Playoff.

And while it didn’t happen for him the way many might have envisioned over the summer, by the start of next season he’ll have a full year under his belt in Day’s system — and he’s already enjoying every minute.

“It’s amazing; it’s incredible to come in here and be welcomed by these great players, great coaches and just everyone around here,” Gunnar Hoak told Lettermen Row. “Just this tradition they have around here. It’s been an unbelievable experience thus far.

“Family means everything. It means the world to come here and be a part of something great. It’s a dream come true.”