COLUMBUS — This early version of Garrett Wilson is proving to be one of the best red-zone targets on the Ohio State roster.

The first-five-games edition of Garrett Wilson is already capable of grabbing three touchdowns, filling up the highlight reel with jaw-dropping catches and looking like an explosive special-teams weapon on top of that.

Fresh out of the box, still in mint condition, this model of Garrett Wilson is one trusted to make plays on the road in the Big Ten, gaining an understanding of his role as a blocker and apparently willing to run through a wall to score for the Buckeyes.

So, just imagine what the five-star wide receiver might look like when Ohio State truly starts tapping into his immense potential since he’s only just scratching the surface of how the program can mold the natural ability that is already unmistakable.

“I think Garrett’s progression has been really good,” Ohio State wide receivers coach Brian Hartline said last week. “Everything stems from mindset, everything stems from approach, and when you have that great approach and a great week of practice, it shows up. 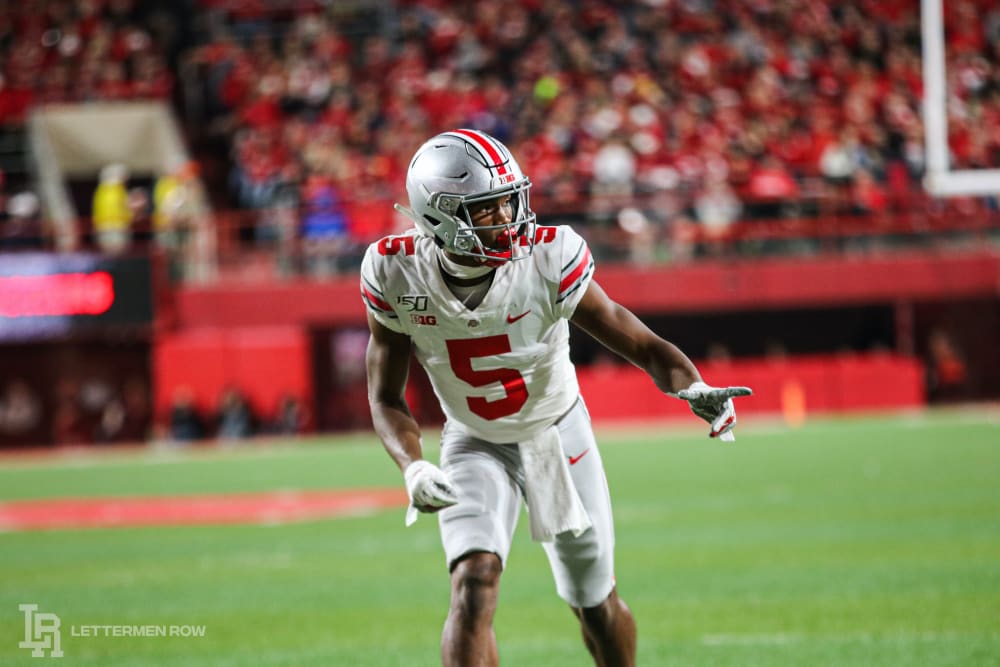 “I can kind of tell you on a Wednesday who I think may have a great game based on their practice. I think he’s done a great job of that, but it’s still not near where it needs to be yet. But we’ll continue to grow there.”

Clearly Wilson isn’t a finished product less than halfway through the first season of his Ohio State career, and Hartline has been quick to make that point both publicly in press conference and privately in team meetings. Some of that is simply managing the hype that accompanied the recruitment of one of the most coveted targets in the country, but it’s also a dose of reality that there is a lot about the position that Wilson still has to learn at this early stage in the development process.

Hartline has quickly proven himself as one of the best in the country at teaching the position, and Wilson gives him plenty to work with moving forward. But the pairing of the two is already paying off for the Buckeyes, who have seen the newcomer grab three touchdowns among his eight receptions already in just his first five games with the program.

What is allowing Garrett Wilson to get off to such a strong start? How much room is there left for the Ohio State freshman to grow? Can Wilson top some of the highlight-reel grabs he’s already made for the Buckeyes? Former Ohio State wide receiver Evan Spencer was back in the Lettermen Row film lab answering those questions and more as he broke down Wilson on the latest episode of BuckIQ.