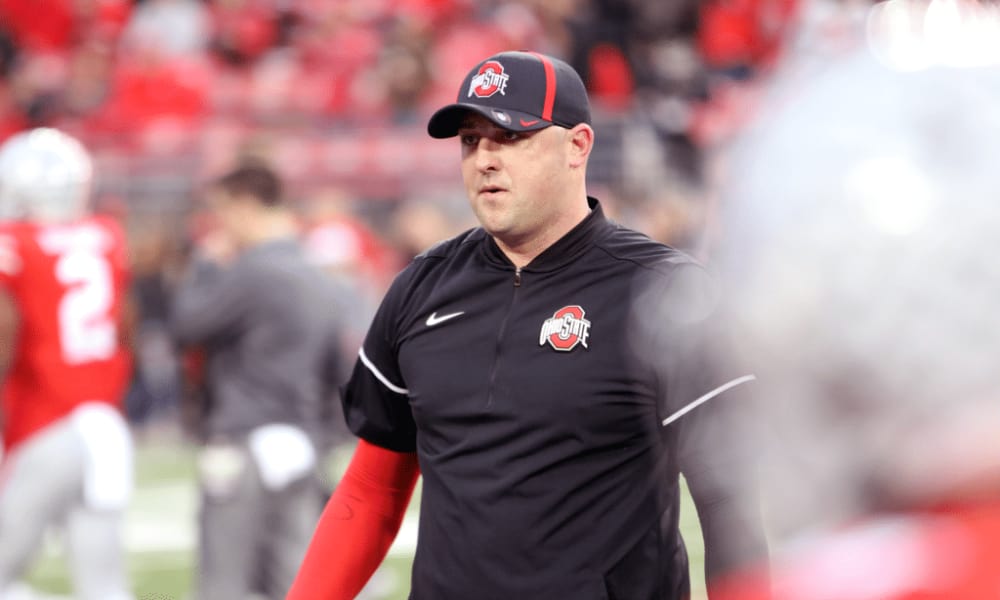 Zach Smith was cited for criminal trespass but has pled not guilty.

What happened with Zach Smith?

Ohio State wide receivers coach Zach Smith had a court date on Wednesday to face charges of criminal trespass. Here’s what Smith’s lawyer had to say on the matter. (Also, our full primer on the case can be found here.)

According to court documents, Powell police responded to a call on May 12 at the residence of Smith’s ex-wife, Courtney. Smith’s lawyer, Brad Koffel, publicly acknowledged that Smith pulled into the driveway to drop off his son under their shared custody plan.

“Both parents have rights under these types of parenting agreements,” Koffel said on Columbus radio station 610 WTVN. “ … Zach was returning his son to his ex-wife, which had been previously agreed upon but the exact location of the drop off hadn’t been discussed.

“They were texting each other as to where to meet. She told him to meet at the apartment complex clubhouse. He drove there, she wasn’t there and he dropped the son off at her apartment. She was waiting for him with her cellphone out and took a picture of him in the driveway. He left, and then she called the Powell police and said it was trespassing.”

I got a taste of what might be in store for defensive tackle Tommy Togiai at Ohio State when I asked opposing coaches in Idaho what it was like to try to stop him. He validated that praise by going out and having his black stripe removed, becoming just the second early enrollee to do so in spring practice. That certainly caught the attention of Buckeye fans, which led to Wednesday’s question of the day: Can Togiai make an impact as a true freshman at a position where young stardom is rare? Here’s what Lettermen Row senior writer Austin Ward had to say:

“Just like with the ceremonial stripe removal, there are multiple signs pointing to Togiai being a factor for the Buckeyes. The path to playing time still won’t be easy with Dre’Mont Jones and Robert Landers expected to handle much of the load at tackle and Davon Hamilton and Haskell Garrett grinding for work behind them as well. There’s also going to be competition from fellow newcomers Antwuan Jackson and Taron Vincent, and the interior of that Ohio State defensive line is suddenly looking like one of the strengths of the roster.

“Togiai is going to play a role in that depth, though like Chase Young at end last season, the number of opportunities to shine might wind up being somewhat limited. But assuming Togiai makes the most of them and stays on this growth curve, the hype certainly isn’t going to die down any time soon.”

Will D’Von Ellies end up at Ohio State?

“Let’s cut to the chase here: Ellies wants to be at Ohio State, and I’m not optimistic that is going to happen right now. That’s a good reason for him to hold off on making an announcement, and that’s why to this point there’s been no commitment. I expect that some time in August, he’ll make his college choice and these extra few weeks will be pivotal for Ohio State as it tries to see exactly how it can fit the country’s No. 27-ranked defensive tackle into the mix.”

Stay tuned for what should be an interesting recruitment going forward, especially as other decisions could potentially impact it.

Ohio State fans will have a rooting interest in this year’s British Open, as former Buckeye golfer Ryan Armour is making his major championship debut at age 42. Armour’s story is a wild one. After playing for the Buckeyes in the late 90s, Armour first made the PGA Tour in 2007 but lost his card in 2008. He didn’t earn his card back until 2014. He lost his status following the 2016-17 season but regained it for the 2017-18 season by finishing second in the Nationwide Children’s Hospital Championship — held at Ohio State’s Scarlet Course where he played in college — as a part of the Web.com Tour Finals.

Just two months later, Armour picked up his first PGA Tour win at the Sanderson Farms Championship in October 2017. That victory ticketed him into the 2018 PGA Championship, which was supposed to be his first major. However, Armour will make his major debut one tournament earlier after earned a spot in the British Open during the Open Qualifying Series by taking second at the Quicken Loans National.

He tees off at 10:43 a.m. ET on Thursday and 5:42 a.m. ET on Friday and will be playing with Abraham Ancer of Mexico and Masahiro Kawamura of Japan.

Lettermen Row’s apparel store is officially active! Readers can show their support for the site with one of our premium quality, tri-blend t-shirts. Additionally, there is the option of having the shirt autographed by one of our Ohio State lettermen if so desired. More items will be added soon, so be sure to keep checking the site!

can we put the pads on already? ⚡️ pic.twitter.com/rkrFzdBqZL