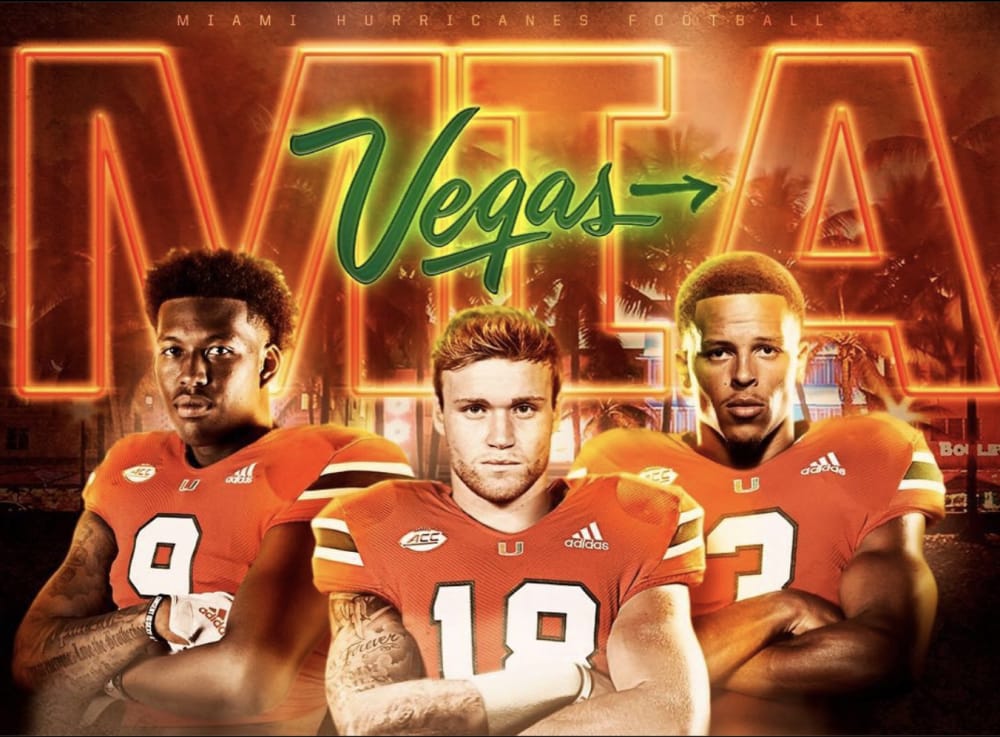 Well, Coral Gables to be exact. Martell announced on his Instagram just after midnight on Wednesday that he was headed to Miami (Fla.) as a transfer. He’ll join former Las Vegas Bishop Gorman teammate Brevin Jordan, a tight end for the Hurricanes, as well as former USC safety Bubba Bolden, who played with Martell at Bishop Gorman and announced his transfer to Miami a day before Martell’s name was discovered in the transfer portal. The news of Martell’s transfer to Miami was first reported late Tuesday night by Las Vegas television anchor Vince Sapienza.

The transfer brings to a close a tumultuous last few months for Martell. Once seen as the likely heir to the starting quarterback spot at Ohio State, things changed once the Buckeyes began pursuing Georgia quarterback Justin Fields on the transfer market.

At the time, Martell vowed to stay and fight for his spot, guaranteeing that he would be Ohio State’s next starting quarterback and claiming that people were underrating how difficult it would be for Fields to come in and learn the offense well enough to beat him out for the job.

“Why would I leave for someone who hasn’t put a single second into this program yet?” he said during the Rose Bowl week. “I’ve put two years of working my ass off for something that I’ve been waiting for and dreaming of having my whole life.

“It’s going to take a while to learn the offense. I’m just telling you, it’s not easy. It doesn’t matter where you came from or what you’ve done. Coach [Ryan] Day brings an NFL-type of playbook to our offense, and it’s difficult. It’s not going to be something that you can just walk in and three months in during spring ball you think you’re rolling. It’s not that easy, I promise you.”

At the same time, he also sounded like someone upset with his situation and acknowledged the appeal of getting a chance somewhere else the way that Joe Burrow did when he went to LSU.

“At the end of the day, the reason I’ve never left this school after everything I’ve done and all the time I’ve put in is because I love my teammates,” Martell said. “I’m going to be honest, that’s the only thing that’s really kept me here at this point. I love my boys, all the guys in my class, I’d do anything for them. They know that, the whole team knows that. Because there are a ton of other schools I could be starting for right now. Look at what Joe [Burrow] did. … It’s kind of crazy — it shows what we had and still have in our quarterback room.”