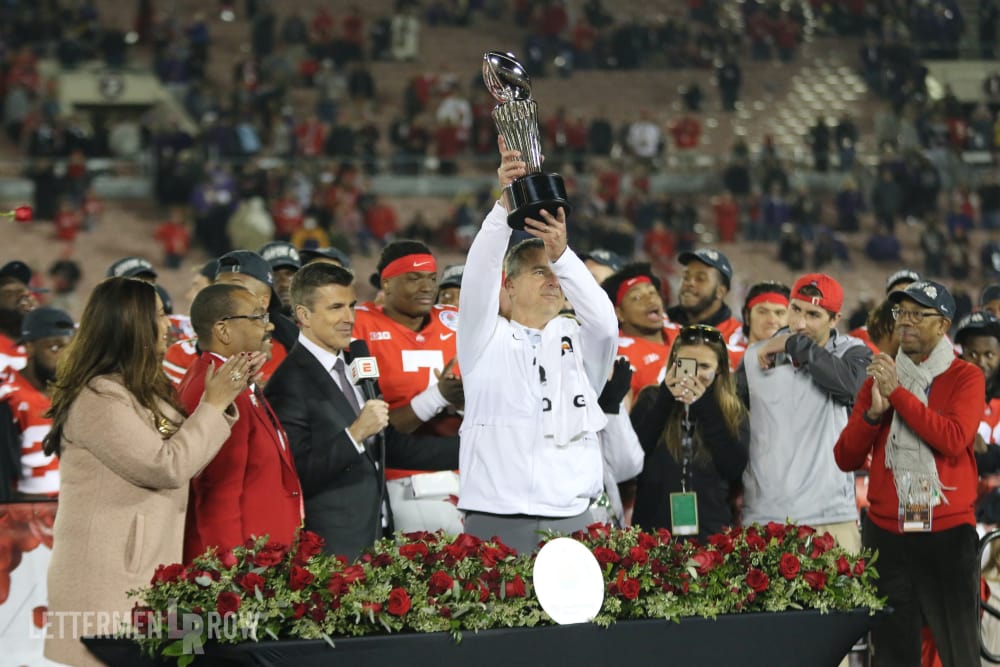 PASADENA, Calif. – After Ohio State sent Urban Meyer off with his first-ever Rose Bowl title, the Buckeyes met with the media to react to their win over Washington. The videos from the evening can be seen below.