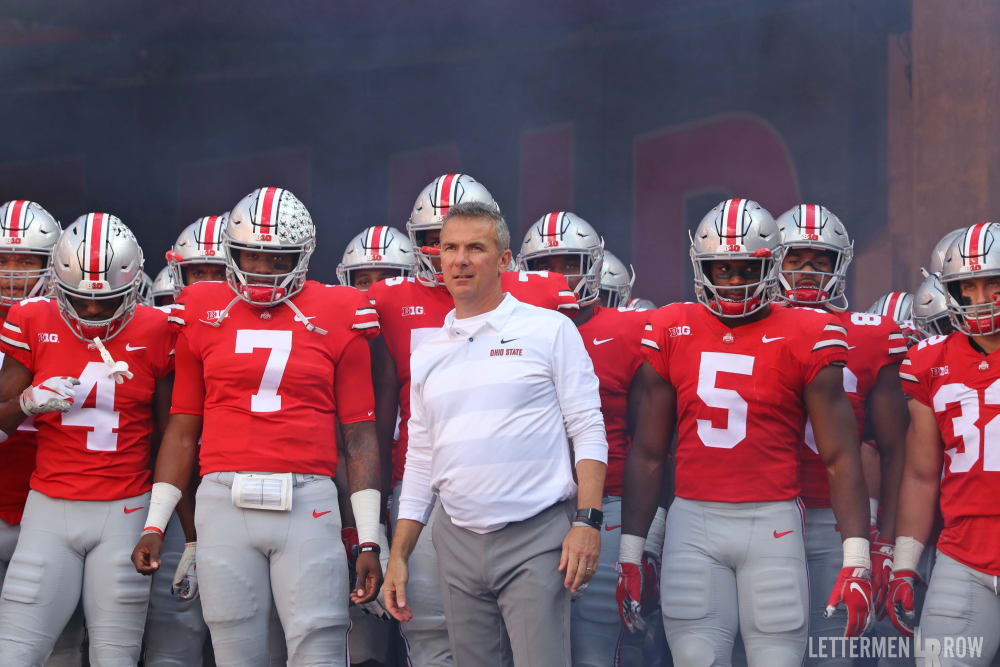 Ohio State heads to West Lafayette, Indiana for the first time since 2013 as the Buckeyes take on Purdue. (Birm/Lettermen Row)

After taking down Minnesota at home last week, Ohio State remains in great position for another berth into the Big Ten Championship and a possible spot in the College Football Playoff. And after some perfectly-timed chaos around college football last week, the Buckeyes are feeling even better with one game remaining before their open week.

That final matchup, however, is a tricky one in a desolate land commonly referred to as West Lafayette and has many a part of Buckeye Nation nervous for Saturday’s matchup against Purdue. The Boilermakers are just 3-3 on the year, but also boast the fourth-ranked scoring offense in the Big Ten and sits at No.2 in the conference behind the Buckeyes for total offense at 510 yards per game.

Obviously, Ohio State is the more talented team on paper but don’t be shocked if Purdue hangs around an makes things interesting on a fine fall evening in middle-of-nowhere Indiana.

So if you’re making the trip to Ross-Ade Stadium, listening to Paul Keels on the radio or watching on TV, we have all the viewing information you could possibly need to miss a moment of the Buckeyes.

The Buckeyes and Boilermakers kickoff at 7:30 ET on Saturday, October 20.

Weather: High of 56 degrees with 40 percent chance of rain

The line: Ohio State is a 13.5-point favorite, per The Action Network

What TV channel is Ohio State-Purdue on?

The Buckeyes-Boilermakers game will be televised nationally on ABC.

How can I watch Ohio State-Purdue online?

The Buckeyes-Boilermakers game can be streamed online via WatchESPN.

How can I listen to Ohio State-Purdue on the radio?