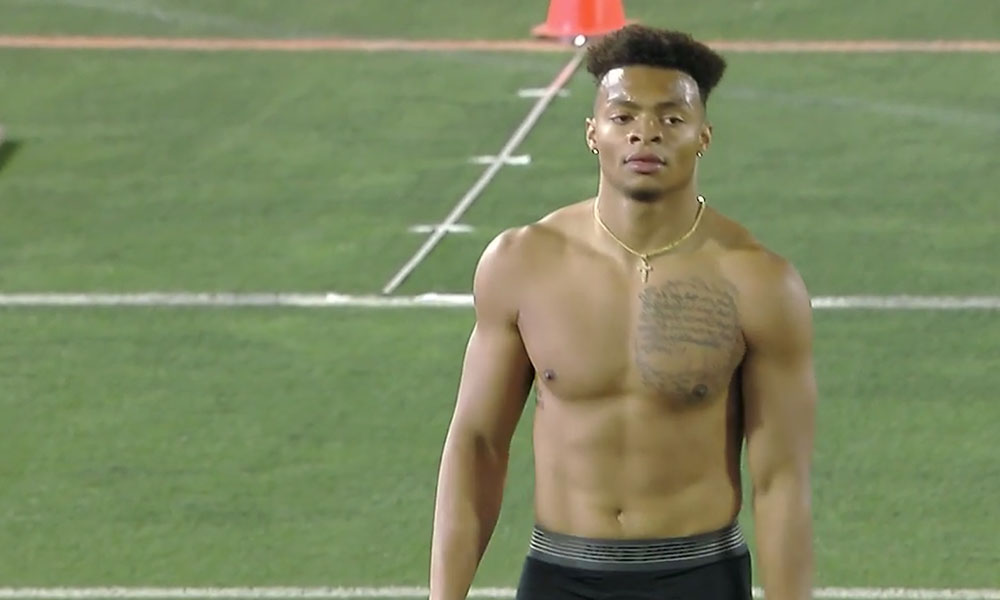 Here are some of the best performances from the day:

Fields openly talked about wanting to crack the 4.3s in his 40-yard dash headed into Tuesday’s event. He fell slightly short of his goal, running a 4.44 on his first sprint. Sports Illustrated’s Albert Breer tweeted one scout had him at 4.43.

Video from his run showed he stumbled coming out of his three-point stance. The 4.44 is the best time recorded at the quarterback position since Robert Griffin III ran a 4.33 in 2012. 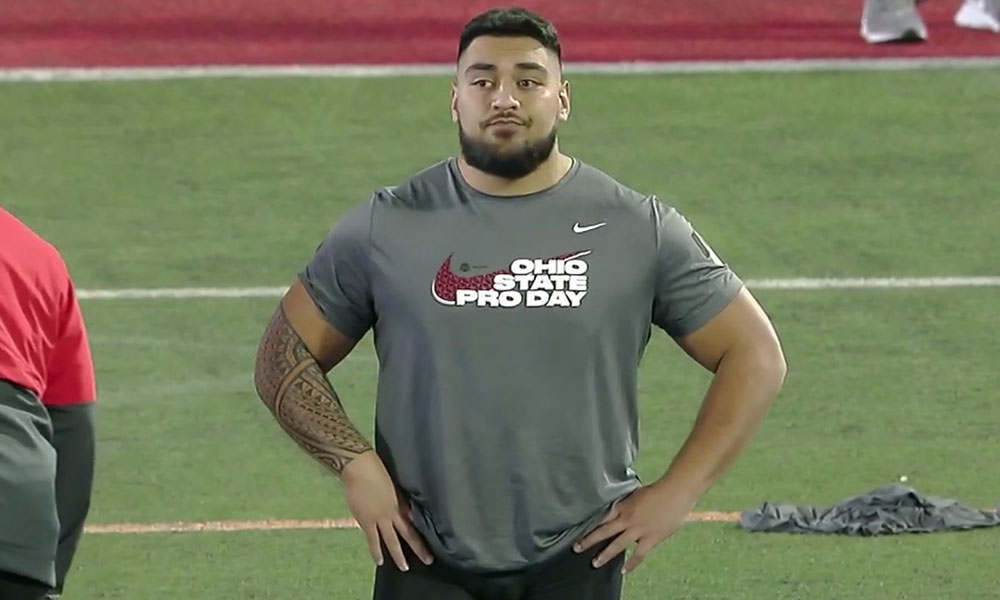 Tommy Togiai ripped off 40 reps on the bench press. (Screenshot/BTN)

The all-time NFL Draft bench-press record is 49 reps. Ever since Togiai stepped foot on campus at Ohio State, the defensive lineman’s strength has been talked about.

He was aiming to set the new record on Tuesday, and he came close. Togiai ripped off 40 reps on the bench press, falling nine short of the bench-press record. The strength he was able to show off, however, will prove to NFL scouts that he’s able to push his way around in the trenches.

Togiai’s bench press reps made a difference, too.He opened up a pledge drive for fans who wanted to match his donations on every rep.

A five-star recruit coming out of high school, Browning’s college career didn’t really take off until last season. The linebacker showed off his raw talent on Tuesday, recording 40-yard dash times of 4.53 and 4.58. He also had 23 bench press reps.

Few players in the Woody Hayes Athletic Center had more potential to shoot up draft boards on Tuesday than Browning, who tested off the charts and had the chance to work out at multiple different positions in individual drills. His versatility makes him a tantalizing prospect at the next level.