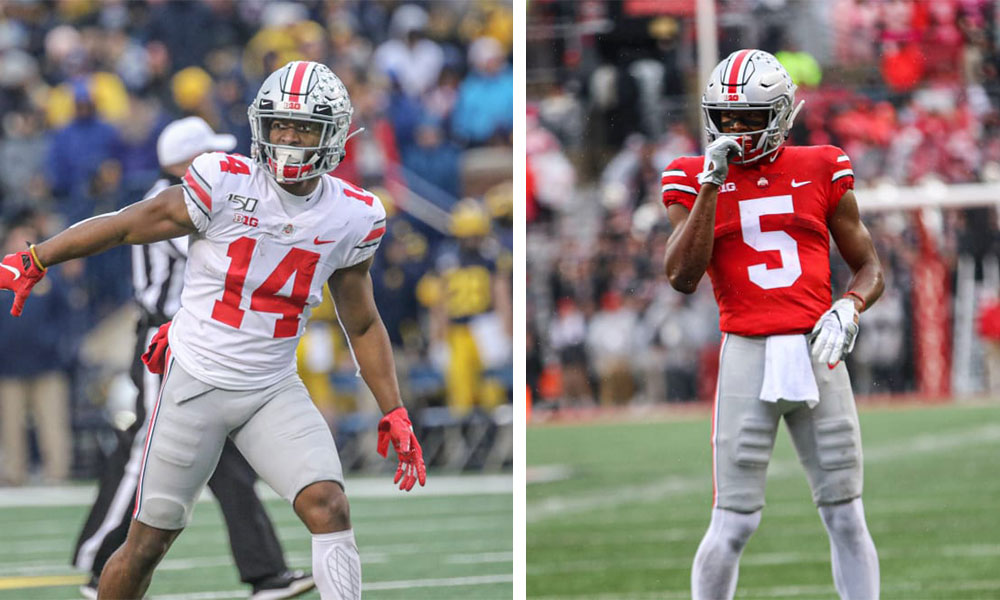 Garrett Wilson could slide inside for the Buckeyes. (Birm/Lettermen Row)

Ohio State had an incredible season last year on its way to the College Football Playoff, where it nearly beat Clemson and advanced to the national title game. Many of the key players from that team moved onto the NFL. How will the Buckeyes replace those departures? And who could step in to make plays similar to what the former Buckeyes made last season? Lettermen Row is breaking down key plays and who could make them, starting with how Ohio State will replace record-breaking K.J. Hill.

K.J. Hill assumed the role early in his career, finishing an impressive Buckeyes career as the program’s all-time receptions leader. He caught a pass in more consecutive games than anyone in program history, too.

How that production is replaced will be one of the biggest questions when Ohio State gets back to work.

“It’s a transition spot for us,” Buckeyes coach Ryan Day said after the first spring practice in early March. “Last year we used some two-tight end stuff to kind of supplement K.J. a little bit. We’re hoping to get C.J. Saunders back, but we also have Garrett in there. We have Demario McCall. We have Jaxon [Smith-Njigba]. We have Mookie [Cooper]. So, we have a couple of guys in there that were out of practice today.”

Day appeared to imply that the spot is an open competition. But if one receiver can slide inside and make the position look easy and natural, it might be a short-lived battle for one of the most important positions in the offense. Day and the Buckeyes are exploring the idea of superstar sophomore Garrett Wilson becoming the heir to Hill’s former post in the slot.

But can Wilson make the transition and play the position like Hill did?

K.J. Hill was an easy target in the red zone for Ohio State.

“I think his ability to catch the ball, put it away, run after the catch so quickly is something you want out of a slot receiver,” Day said. “And running option routes, setting up defenders and understanding space and everything like that, it happens a lot faster in there. But I think his skill set fits that. The same with Jaxon, I think they fit that way. So that’s why we made that move.”

So where will the Buckeyes find the production that Hill left behind? Lettermen Row is looking at all the options for Ohio State in the slot.

Garrett Wilson: Wilson became a household Ohio State name last season with his amazing athletic ability and acrobatic catches. Now, he might have a new and more explosive opportunity for the Buckeyes. He practiced in the slot during the abbreviated spring camp, and he seemed to feel comfortable there — but a receiver with his ability likely feels comfortable anywhere on the field that allows him to catch passes. If Wilson can make a seamless transition from outside weapon to slot specialist and thrive, the Ohio State offense could be even more potent with Justin Fields, Chris Olave and Wilson.

C.J. Saunders: Ohio State continues to wait on an NCAA ruling regarding the sixth year of eligibility for Saunders, who missed last season with an injury. The Buckeyes captain could be in line for a role in the slot if he’s cleared to come back. 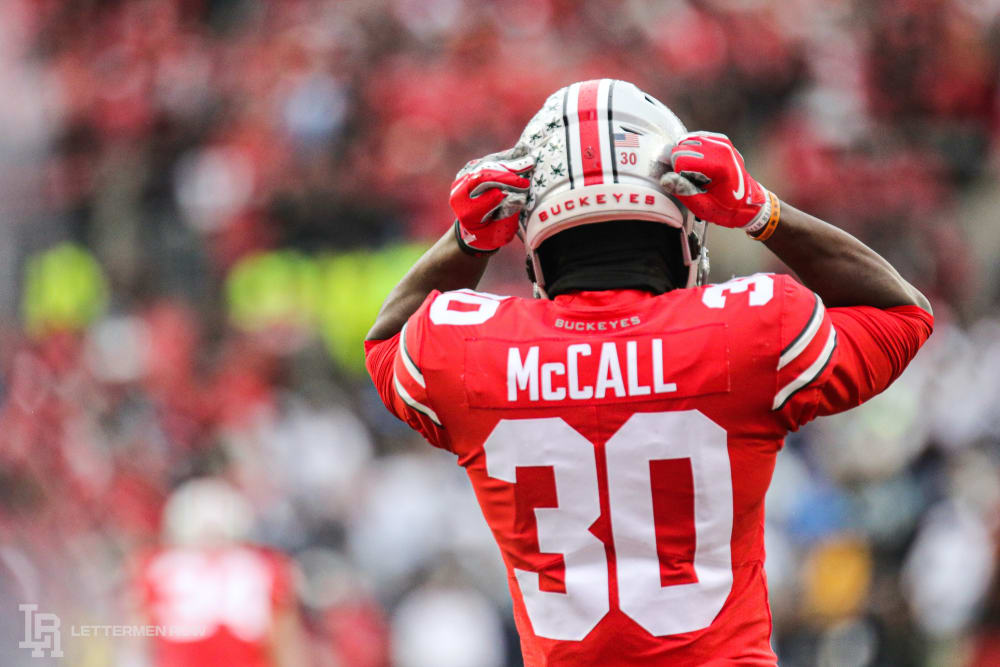 Demario McCall could be an option for the Buckeyes. (Birm/Lettermen Row)

Demario McCall: In the three practices Ohio State squeezed in before the shutdown of the athletic facility, McCall was in the process of making the switch back to wide receiver on a full-time basis. As the Buckeyes found themselves with depth issues at running back, maybe McCall would have switched back and took reps with the backs. But as of now, the assumption is that he’s still going to transition to wide receiver. He has experience and could be a viable option for the Buckeyes in the slot.

Jaelen Gill: A former five-star prospect from near Columbus, Jaelen Gill hasn’t found a role in the Ohio State offense through his two years. But with six wide receivers gone in two seasons, Gill could be in line for an increase in workload with a good offseason. Can he take the next step in his development? His athleticism and talent has shown in small spurts, particularly on his explosive touchdown last season against Rutgers — which came on a play that looked similar to the screen passes Hill caught for touchdowns at Ohio State.

Mookie Cooper, Jaxon Smith-Njigba: The pair, part of the four incredibly talented receivers Ohio State brought in as early enrollees from the class of 2020, could both be in play for the spot. But without a spring practice schedule, the freshmen may be behind on development. Getting Cooper and the other three receivers up to speed will be key for the Ohio State offense. Some of them will have to play as true freshman. Can Cooper break out and carve out a role in the slot?

It makes too much sense for Wilson to slide inside and make his presence felt from the slot. If Wilson plays the slot, talented freshman Julian Fleming and Gee Scott could find a place on the outside. It frees up a potential spot for senior Jaylen Harris on the outside.

And more importantly, it would allow the Buckeyes to line Wilson up on the same side of the field as Chris Olave. That should keep Big Ten defensive coordinators up at night, because that would be a matchup nightmare for every other team in the conference. Wilson already has great chemistry with Fields, and it might elevate the offense even more if Wilson can make the switch.