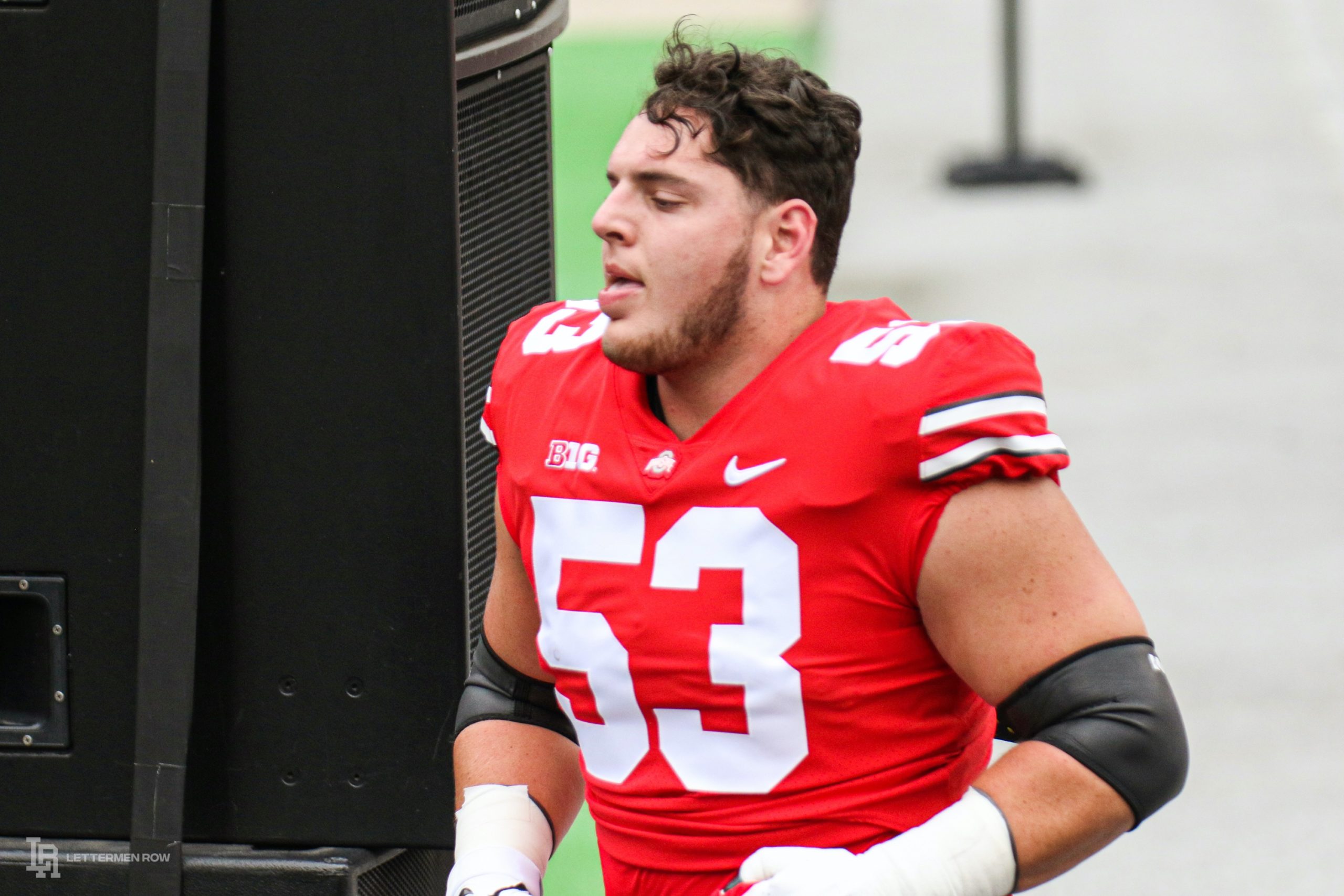 COLUMBUS — Ohio State center Luke Wypler knew he had work to do.

After the Buckeyes heart-breaking loss in the national title game back in January, the team flew home and players were allowed to go be with their families for the first time in a while. Wypler passed on the opportunity, opting to stick around in Columbus and get to work.

The day after the game, Ohio State offensive line coach Greg Studrawa received a phone call from Wypler, who was in the Woody Hayes Athletic Center working on drills to become a better player. Wypler sent Studrawa clips for critique, just one of the many examples of Wypler’s dedication to becoming a dominant force for the Buckeyes offensive line.

“I want to make sure that I put myself in the best position to be in the best shape, working on my tools and everything I can personally do to be the best player I can be.”

The former four-star from New Jersey carries the typical Garden State work ethic with him. That same drive to be better is now fueling Wypler’s rise up the Ohio State depth chart. As Myers and Davis go through the pre-draft process, Ohio State needs to find their replacements. Now deep into spring, once-projected starting center Harry Miller is in a non-contact jersey, further clearing the way for Wypler to take the next step. 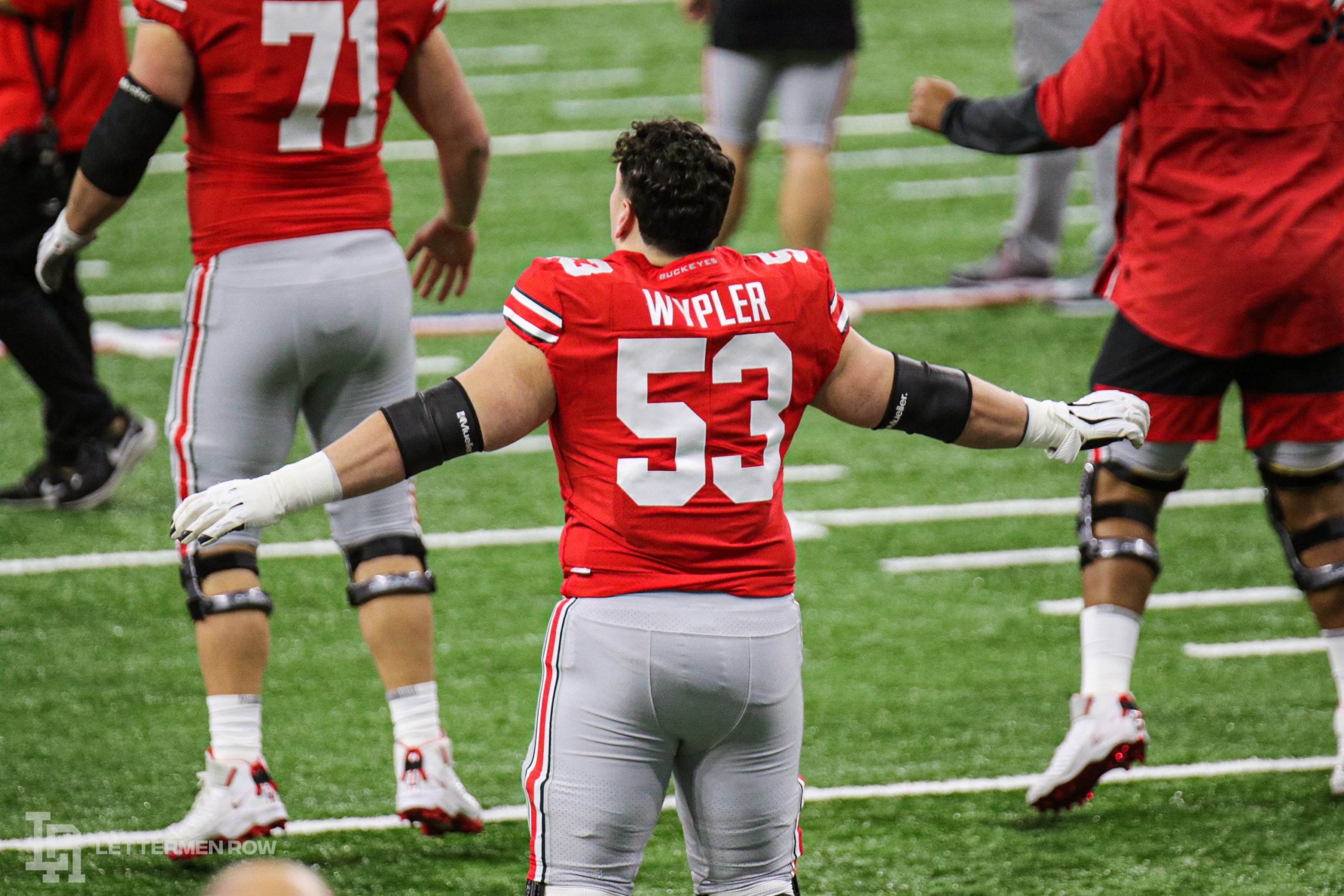 Luke Wypler has been earning reps at center for Ohio State. (Birm/Lettermen Row)

The wide-open depth chart could play into his favor. And his work ethic is allowing him to take full advantage of the situation.

“That’s what I love — that kid stayed here the entire time,” Studrawa said. “Most guys went home for two weeks, saw their families. That’s fine. But this kid is in here doing that every single day. That’s how important it is to him. I sat in here and watched drills of him every day. We watched film on Zoom and things like that. A guy that cares that much, is that dedicated and has the tools — he’s got quickness, he’s really good now at snapping the ball and stepping. He’s got a rhythm now with the ability to do those things. And he studies the game. He knows every position. He knows all those things, and the time and effort he puts into it is something I love.

“A guy that works that hard, you’re going to be successful, period.” 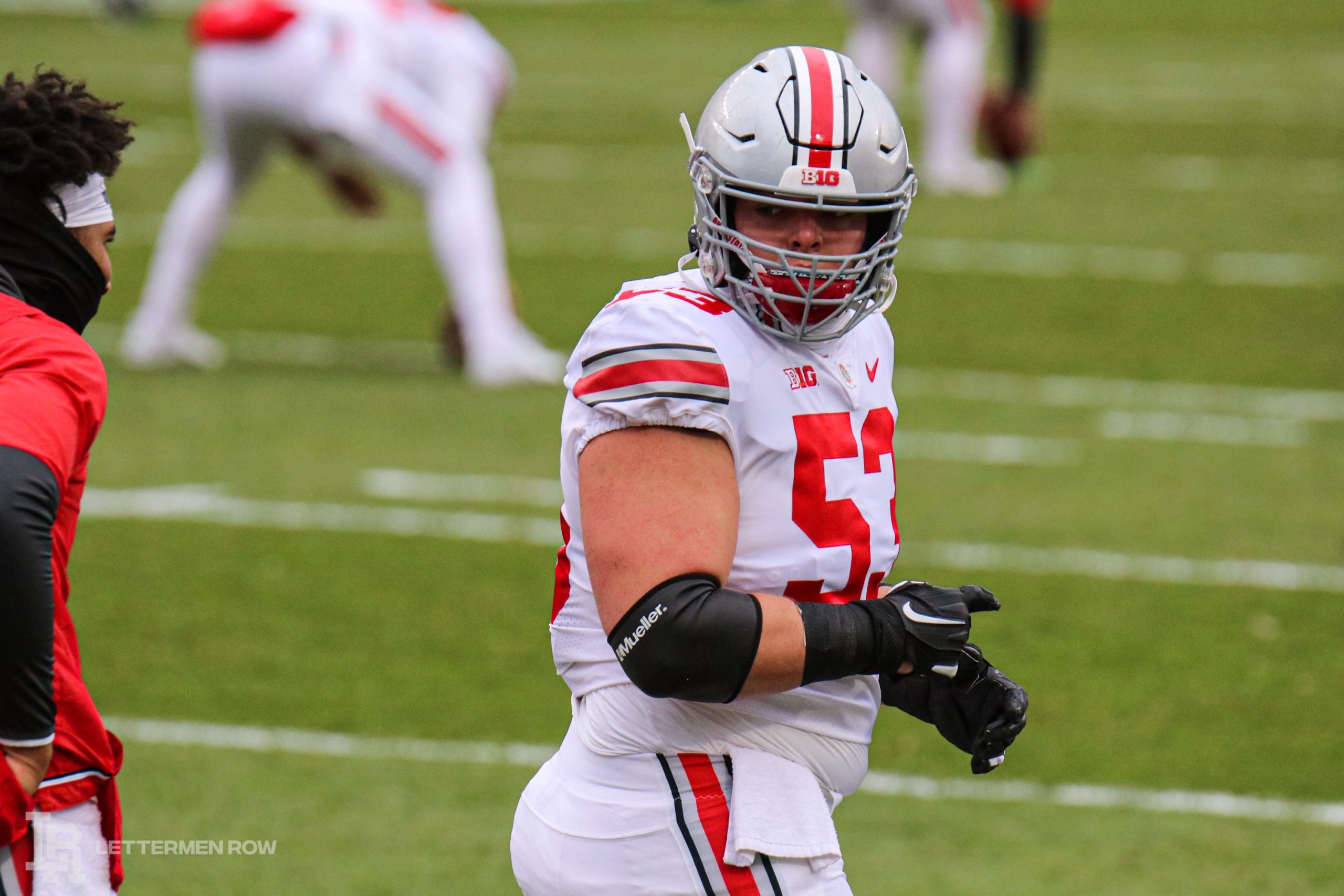 Luke Wypler is developing into a viable option at center for Ohio State. (Birm/Lettermen Row)

He enrolled early last spring, but that was all thrown away by the shutdown, causing Wypler to miss valuable time during what should have been his first offseason. Instead, he was forced to sit at home, learn from Zoom and get better on his own. But now in an offseason with the Ohio State strength program and a sense of normalcy, Wypler is showing his potential that made him a must-get on the offensive line in recruiting.

“For me, I think it’s just really getting comfortable in the offense and getting my strength and athleticism in the weight room,” Wypler said. “Coach Mick and his staff, this offseason, I really bought into the strength program. Last year, obviously we had the full winter but then we got cut short, sent home for coronavirus.

“This year, having a full spring and being able to develop properly and getting stronger, faster quicker — that really helped me this spring.”

As he entered this crucial offseason following a loss in the title game, Luke Wypler knew he had work to do. The payoff could arrive as early as September.

Thayer Munford still raising bar for himself, Buckeyes offensive line
Buckeyes will have fans back in Horseshoe for spring game