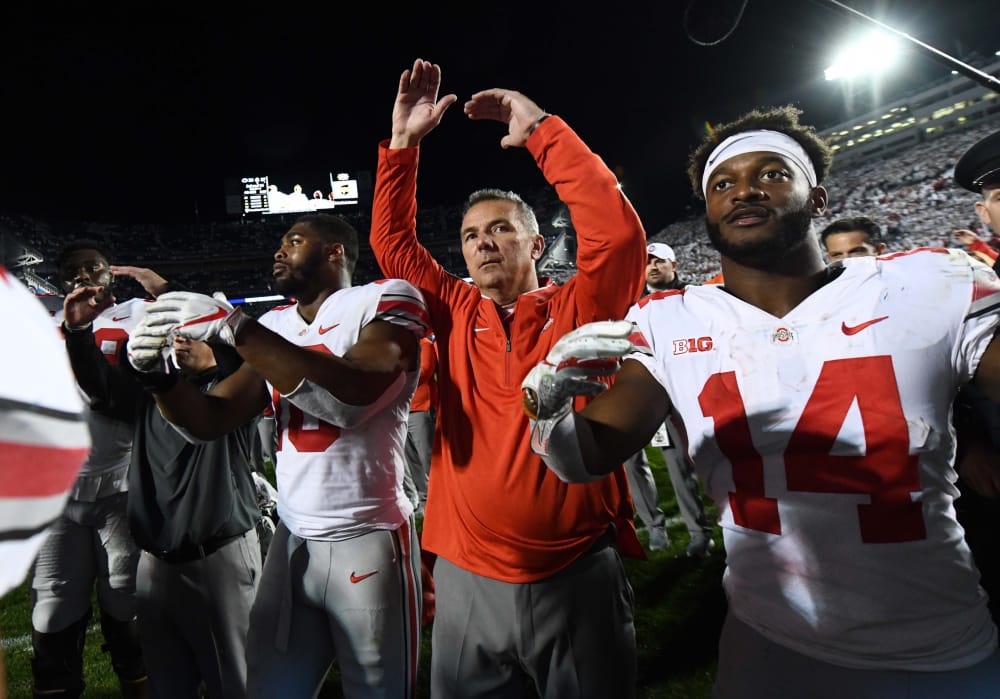 Ohio State returns to the Shoe after one of the greatest comebacks in Buckeyes history last week at Penn State. (Birm/Lettermen Row)

After another miraculous comeback against Penn State last week, Ohio State football returns to Ohio Stadium unbeaten and prepared for another conference matchup against Indiana Saturday. The Buckeyes now sit in the driver’s seat of the Big Ten East, as well as the team’s College Football Playoff aspirations. However, as many learned last year, an important, wild victory can ultimately set up a trap game the following week. Insert Iowa jokes here.

So if you’re heading to the Shoe, watching on TV or listening on the radio, we have you covered here with all the information you could possibly need to not miss a minute of the action. 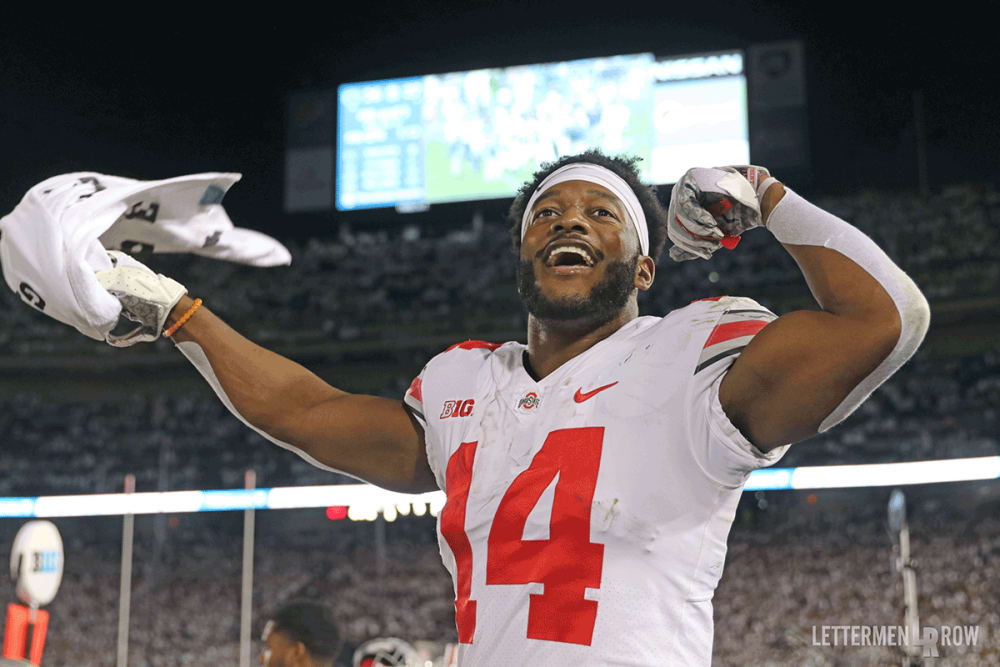 Ohio State and K.J. Hill return to Ohio Stadium Saturday for a Big Ten matchup with Indiana fresh off a fourth-quarter comeback on the road at Penn State. (Birm/Lettermen Row)

The Buckeyes and Indiana kickoff at 4 ET on Saturday, October 6.

Weather: High of 85 degrees with 40 percent chance of rain

The line: The Buckeyes are a 25 point favorite, per The Action Network

What TV channel is Ohio State-Indiana on?

The Buckeyes-Indiana game will be televised nationally on FOX.

How can I watch Ohio State-Indiana online?

The Buckeyes-Indiana game can be streamed online via FOX Sports GO.

How can I listen to Ohio State-Indiana on the radio?