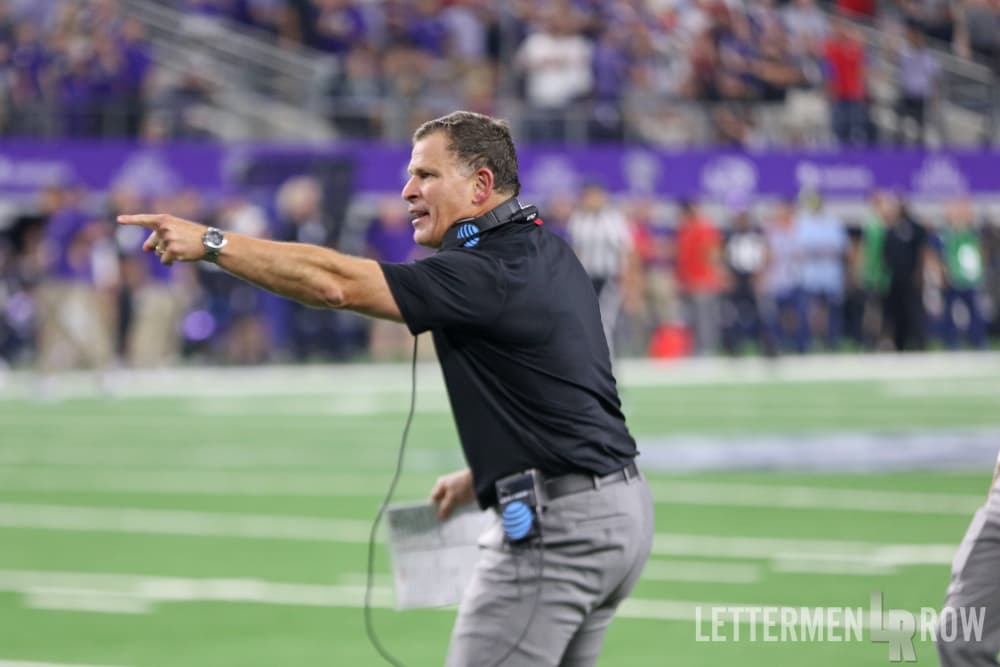 Ohio State defensive coordinator Greg Schiano faced the the tough questions about where and how a once-vaunted defense has fallen so far, so fast.

On Wednesday afternoon at the Woody Hayes Athletic Center, Schiano may have only reinforced the biggest problem facing Ohio State: No one wants to really admit what the problem is.

Is it the scheme? Is it the personnel? Is it the injuries? Or, as Schiano implied, is it simply that the Buckeyes aren’t doing the job they’ve been tasked with doing? Whatever the case, three days after giving up 49 points and almost 540 yards to Purdue, Schiano wanted to stress that things aren’t quite as bad as they seemed against the Boilermakers.

“When you struggle, people want to be able to say ‘That’s the reason! Let’s go!'” Schiano said. “But there’s no one reason. The truth of the matter is we’re actually making progress in all areas. There are some things I wish we’d make it faster. But when you watch the game and really evaluate it, there’s a lot of good plays. A lot of zero-yard gains, negative gains, sacks.

“We’re giving up big plays still. But whether it’s after TCU or it’s middle of the season or after Saturday’s game … there is no one thing. It’s not the linebackers [playing] up, it’s not the safety play, all the things that can be talked about. It’s a combination of them all.”

Schiano doubled down on his contention that there isn’t a schematic issue for the Buckeyes. Rather, he thinks the struggles were just a result of poor execution.

“We look at the plays, not just from the Purdue game, but the whole season,” Schiano said. “It can be scheme. It can be one-on-one battles, right? The other team is on scholarship, too, and we got licked. Or it can be a mental error. When the mental errors come — scheme is we did a bad job putting them in position. One-on-one battles? That happens. Mental errors? Why does that happen? That’s kind of the question. That hasn’t really been the big issue, the mental errors.

Unfortunately, it seems that some of the missed tackles come as a result of being out of position, though, and that’s schematic. That’s at least how former All-American and Butkus Award Winner James Laurinaitis, now a Big Ten Network analyst, saw it — and he’s far from alone in his view.

Linebackers are out of position. Safeties aren’t able to come up and fill the middle of the field, an area that offenses have exploited week after week against the Buckeyes. If those are not mental errors, clearly implying it’s a physical error by the Buckeyes — but a good portion of that is the highly-touted Ohio State athletes aren’t being put in the right position. That is scheme, isn’t it?

The Buckeyes are absolutely more talented than any team they’ll play until January, so what other reason other than scheme is there if mental errors aren’t the cause?

It may not matter, even if most football watching folks can see the real issue.

“It’s eight games in, you’re not going to wholesale change your scheme, nor should we,” Schiano said. “But there’s things we can tweak to help them. There’s an opportunity to talk with you guys and to talk as a staff. We spent a really good day Monday and [Tuesday], looking at ourselves. Not worrying about anybody else, just what are we doing and how can we help.

But Ohio State must know why it’s struggling. And whether through arrogance or stubbornness, the Buckeyes aren’t changing it.

There’s no doubt that some of it is inexperience. Some of it is replacing guys who are injured. But whatever the case, the Buckeyes are playing out of place on defense more often than not. It’s right there on the tape. A talented group of pass rushers — even without Nick Bosa — is being neutralized by offenses that know they can quickly dump the ball over the head of linebackers playing too close to the line of scrimmage and in front of safeties playing well behind them. 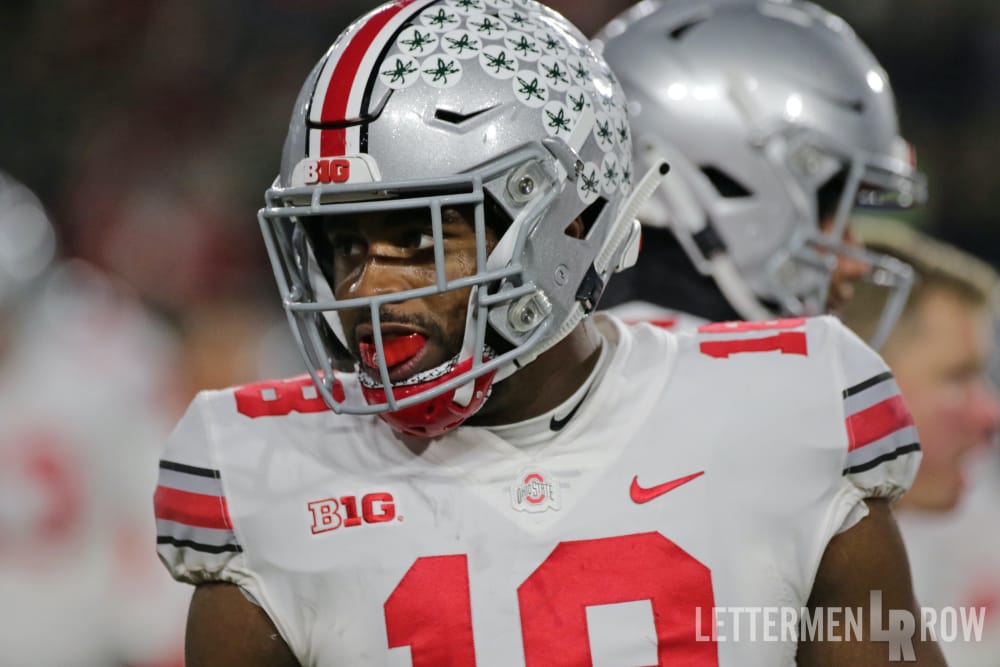 Put inexperienced, injury-riddled defensive players in a better position to do what they do best. For now, adjust the scheme to fit the guys that are being asked to make the plays.

The personnel isn’t changing, and to quote Schiano, “nor should it.” Ohio State isn’t going to bench Chase Young and play Tyreke Smith full-time. The Buckeyes aren’t going to hand the keys of the defense over to Teradja Mitchell and sit Tuf Borland down. And they’re not going to trust true freshmen to play the cornerback position the way they want it played.

The only thing that can change right now is the scheme, and the Buckeyes aren’t helping themselves by denying it. If the defensive coordinator won’t take accountability for the unit, maybe it’s time for Urban Meyer to step in and do it.