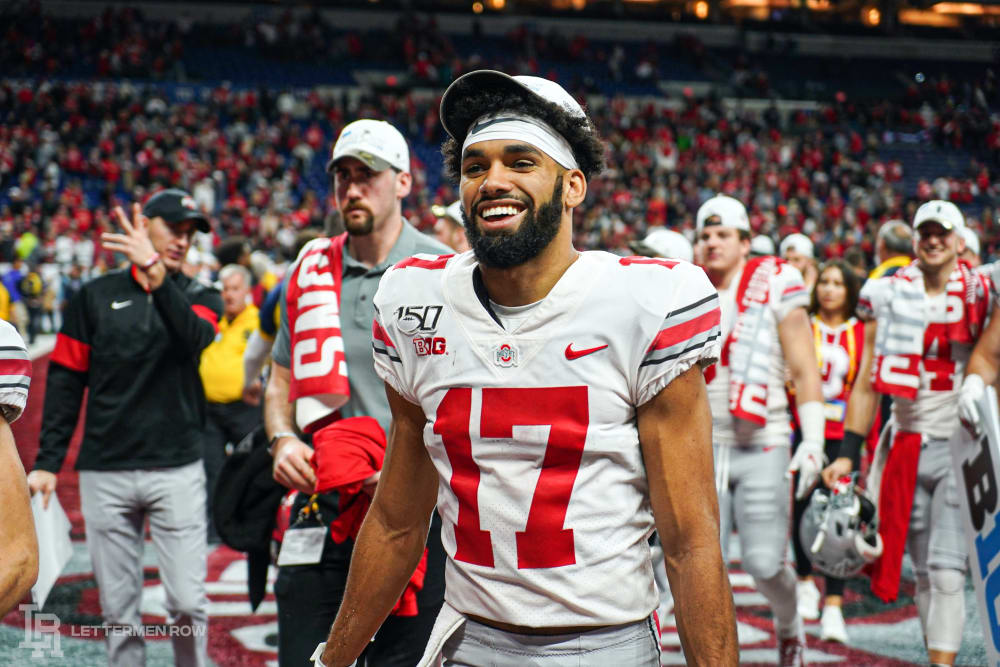 Chris Olave could be a NFL Combine superstar next year. (Birm/Lettermen Row)

COLUMBUS — Ohio State has made Indianapolis a destination to show off where the program stands among college football’s elite.

Seemingly every December, the Buckeyes steamroll a Big Ten West foe for a Big Ten championship. Then two months later, some of the Buckeyes are back in town to showcase just how talented the program is at every position in front of NFL scouts and executives.

This season, 11 different former Ohio State standouts received invites to the NFL Combine, and each of them did something impressive. It shows just how dominant the Buckeyes are when it comes to Big Ten superiority.

“We’re just different, man,” Austin Mack said during his media session at the NFL Combine. “We’re built different, and our culture man, that says it. Coach Mick and our strength staff, man, they’re incredible. They instill in us a culture that we live up to, and we play like that every Saturday.

Just because those 11 Buckeyes are gone and off the roster doesn’t mean the string of talent coming and going from Columbus is anywhere near finished. Next season, another crop of Big Ten champions will make their way to Indianapolis two months after downing whoever they may face in the Big Ten title game.

Who could be at the NFL Combine to represent the Buckeyes on their way to the NFL in 2021? Lettermen Row is taking a way-too-early look at some of the eligible candidates. 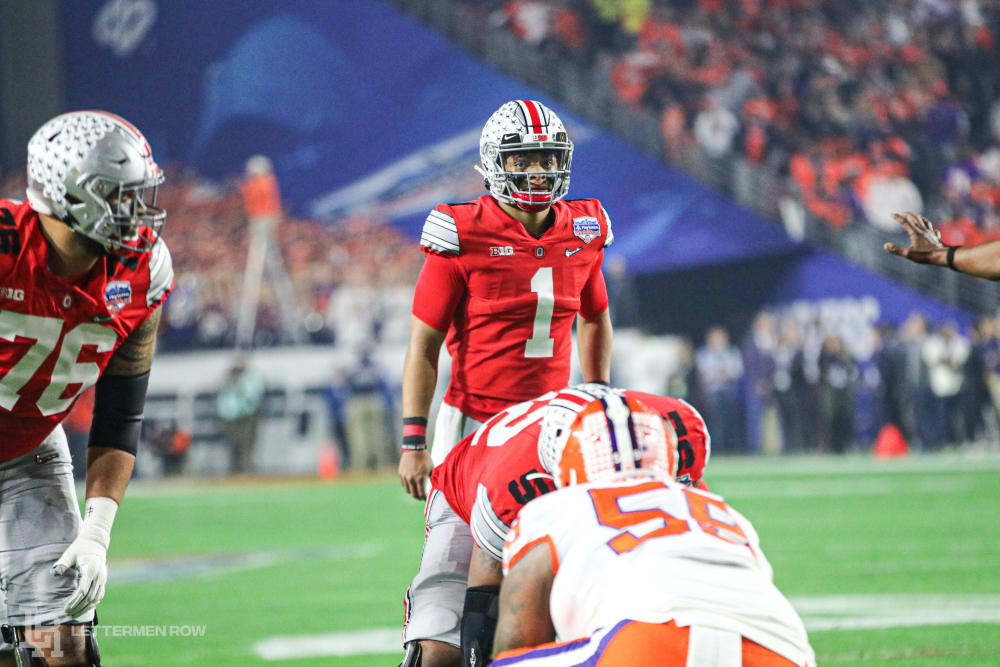 Justin Fields could be the first quarterback taken next season. (Birm/Lettermen Row)

He has the profile. He has the numbers. He has the wins and the program to elevate his draft stock. With a good season next year, Justin Fields could have all eyes on he and Clemson quarterback Trevor Lawrence at next February’s NFL Combine. An early Heisman Trophy favorite, Fields could find himself at the top of draft boards if the Buckeyes have a potent offense again. The numbers will show that Fields can be a sure-pro. Fields will have a chance to prove himself in the next season or two. He likely won’t need the second season, so a trip to the 2021 Combine could be what seals his fate as a top-tier option for teams in the need for a signal caller.

Wade showed flashes of what he can do on the football field during the 2018 season. Then last season, he burst onto the scene and was one of the most impactful players on the Ohio State defense. Need proof? The first half of the Michigan game and the second half of the Fiesta Bowl are there to see how much Wade means to a defense. Now that he made the decision to return for another year in Columbus to be groomed by Kerry Coombs, Wade could be the first cornerback off the board in next year’s draft. He’s going to likely steal the show in Indianapolis next year, and that’ll shoot him into elite status.

Wyatt Davis chose to return to Ohio State for another season. (Birm/Lettermen Row)

Wyatt Davis is already an All-American. But he couldn’t pass on another chance to win a national title and become a two-time All-American, so he returned for another season under Greg Studrawa at Ohio State. Now, Davis is going to be a preseason favorite to be one of the best offensive linemen in the country. The road-grating guard could very well be a first round pick in next year’s draft, and he’ll have plenty of scouts talking about him at this time next season, especially if he can lead an offensive line to another 2,000-yard running back like he did in 2019.

As long as Fields is putting up ridiculous numbers like he did last season, Chris Olave is going to have the option to leave after his junior season. After busting out in a huge way at the end of his freshman campaign, the soon-to-be junior from San Marcos, California, became a superstar for the Buckeyes offense last season on its way to an undefeated regular season. He’s only going to get better, making it seem unrealistic he’ll play four seasons for the Buckeyes. He might be the only Ohio State receiver at next year’s Combine, but he’ll be a hot name during that week.

Maybe Josh Myers is perfectly fine with flying under the radar last season. But he could have, and possibly should have, been an All-American and a finalist for the Rimington Trophy. And he probably could be turning heads at this year’s NFL Combine. But the fourth-year junior decided to return for another shot at a national title. A shot at those individual accolades is on the way, too. Wyatt Davis might not have a chance to be the first interior offensive linemen off the board at next year’s draft if Josh Myers is there with him. Both are in great spots to play well for the Buckeyes and become top draft choices.