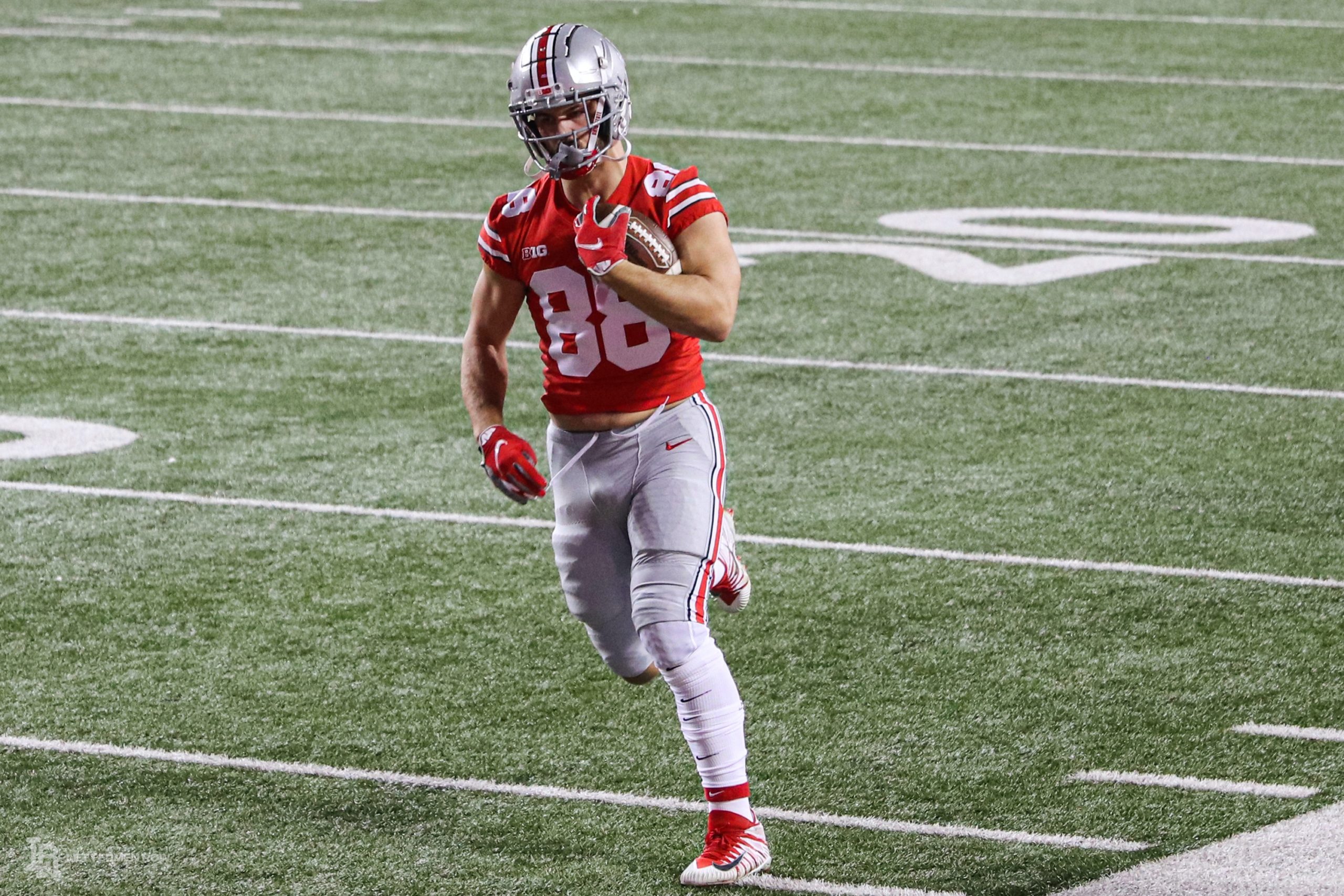 Maybe that’s what makes him so effective for the Buckeyes passing attack.

Ruckert caught another touchdown pass in Ohio State’s 49-27 easy win over Rutgers on Saturday night, bringing his total to three scores in the last two games. And as Chris Olave, Garrett Wilson and the Ohio State receiving unit continues its dominance of secondaries across the league, Ruckert finds himself open more often than not.

Ruckert has been huge for the Ohio State offense through three games. He’s an improved blocker, no matter where he lines up. And his ability to be a weapon in the buckeyes pass game has always jumped out. With a Heisman Trophy-candidate quarterback and playmakers at every level of the offense, Ruckert is finding a role as a reliable go-to target for Justin Fields.

The scary part? With all the pieces humming, the Buckeyes still haven’t touched their potential.

“I don’t think we’re at our peak right now,” Fields said of the passing attack. “I don’t think we have reached our full potential. So of course we’re going to continue to get better each and every week. I just hope we do that. Hopefully that’ll be enough.”

Ruckert has certainly gotten better each week, but he’s not the only one who helped his cause in the blowout win over Rutgers. Lettermen Row is highlighting Buckeyes who stood out. 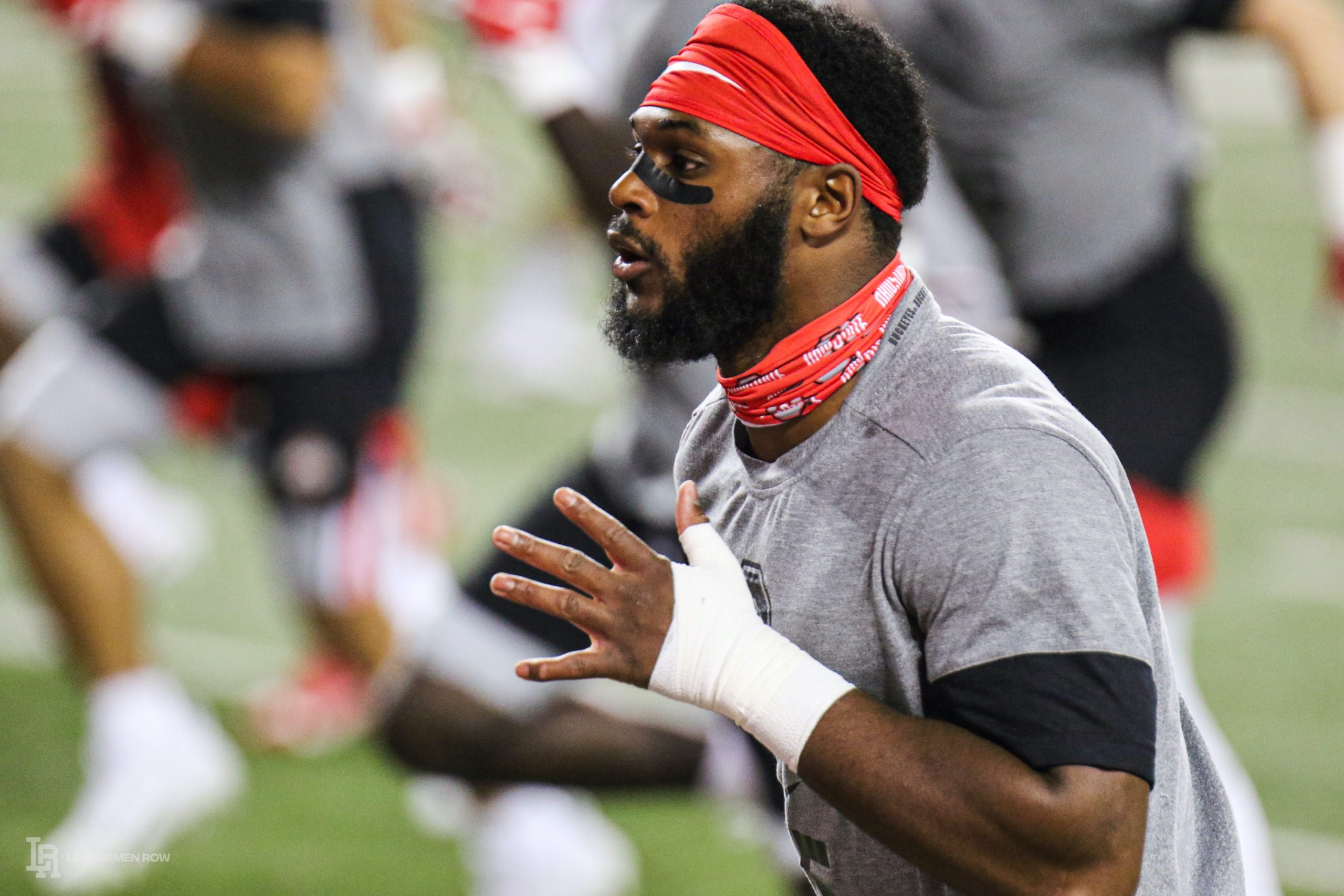 Baron Browning is settling into his role for Ohio State. (Birm/Lettermen Row)

Baron Browning has had a tough time finding a definitive, true role in the Ohio State defense, going from linebacker spot to linebacker spot throughout his career. Now that he’s settled into one particular position, he’s making a huge impact. Browning was all over the field and in on nearly every tackle Saturday night while the Buckeyes were holding Rutgers to just 83 total yards in the first half. He’s a capable cover-linebacker on tight ends and running backs, and he’s becoming a better player against the run and in short-yardage situations. The Buckeyes will need Browning to continue coming up big as the season progresses.

Chris Olave and Garrett Wilson have clearly been the best one-two punch Ohio State has had in a long time, but the Buckeyes can’t solely rely on throwing to two wide receivers. Jameson Williams was expected to step into a much bigger role entering his second season in the program. It appears he is doing just that. He had one catch against Nebraska and two at Penn State. And the speedy sophomore finally broke loose Saturday night for the Buckeyes first touchdown of the game, a 38-yard go-route that Justin Fields connected on. If Williams can be a home-run hitter on the opposite side of the field from Chris Olave, the Buckeyes passing game will be unstoppable. 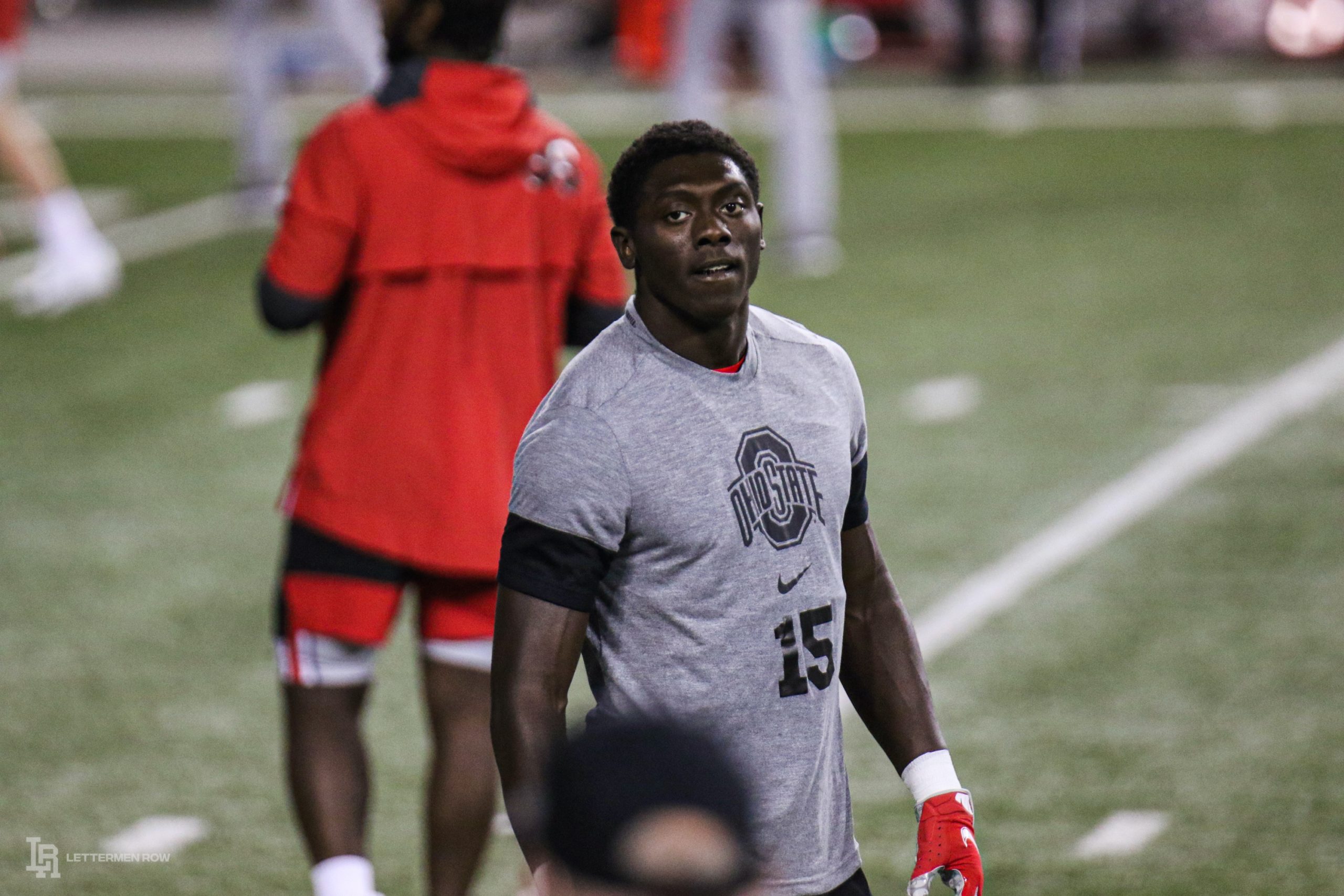 Craig Young is moving up the depth chart. (Birm/Lettermen Row)

Craig Young hasn’t truly stood out this season, but he’s gaining more playing time as the year goes along. He was on the field as another linebacker on the road at Penn State in that win on Halloween, and he was on the field for drives in the second half against Rutgers, a sign that he’s quietly sliding up the depth chart. Young, who is described as one of the most athletic players on the Ohio State roster, had four tackles against the Scarlet Knights. If he continues to find the field and make solid plays, his ascent up the depth chart will be steady.

Trey Sermon’s first three games at Ohio State probably haven’t gone as he — or the Buckeyes — envisioned. But with each game, Sermon seems to get more comfortable in the Buckeyes offense. Sermon struggled against Nebraska. He then looked better against Penn State and finally began to break through in the win on Saturday. He led the Buckeyes in rushing against Rutgers with 68 yards on 12 carries, good for 5.7 yards per carry. He also broke free for a 36-yard run on his last carry before coming out of the game with an apparent injury. Sermon continues to look better with each game, and he seems ready to break out at any time.