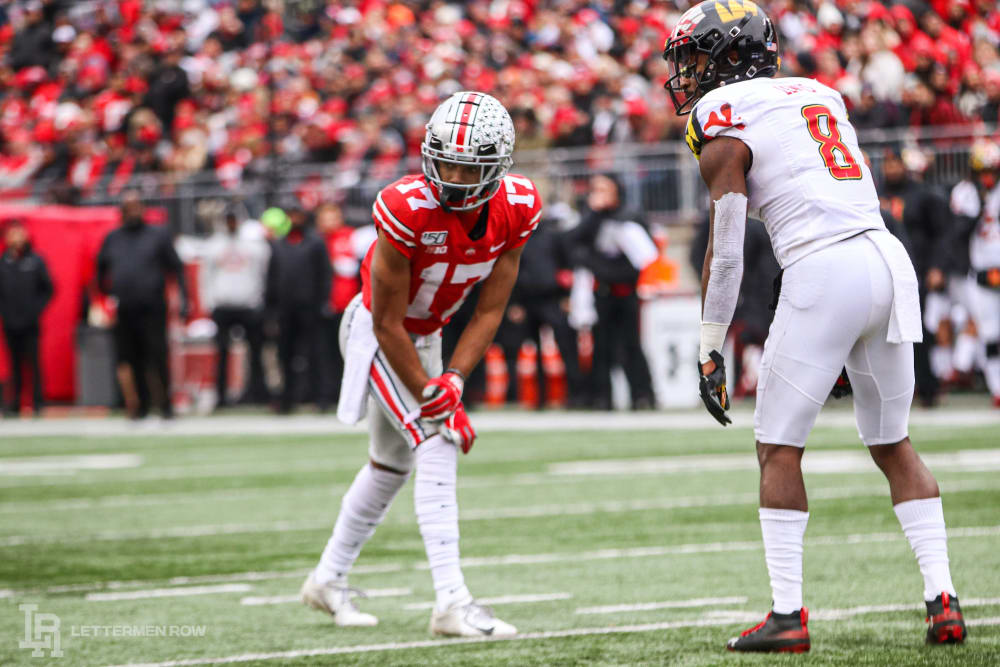 COLUMBUS — Ohio State knows what it takes to replace three NFL wide receivers in one offseason.

The Buckeyes did it last year, and now they’re tasked with doing it again after six receivers have departed in the last two years. Luckily for them, they have two superstars set to return for their biggest years yet and a four-man freshman class that set the mark as one of the top recruiting units ever assembled.

It all starts with junior Chris Olave and super sophomore Garrett Wilson, trickles down to potential playmakers and continues to the freshmen who will have to step up and make plays in the fall.

Olave is the key, and he’s more motivated than ever following last season.

“But nobody cares more than Chris, and I know he’s going to come back even more hungry. And I think he’s going to be a leader in that room.”

He’ll lead with Wilson, who seems ready to be an even larger part of Justin Fields’ Heisman Trophy campaign than he was a season ago as a freshman. And they’ll both be counted on to put up huge numbers in a pass-friendly offense that enters summer lacking a true starting running back or pecking order in the backfield.

Of course, Jameson Williams, Jaylen Harris, Kamryn Babb, Elijah Gardiner and others have the potential to break out and become playmakers, but all eyes will be on the four freshmen who will push for early playing time. 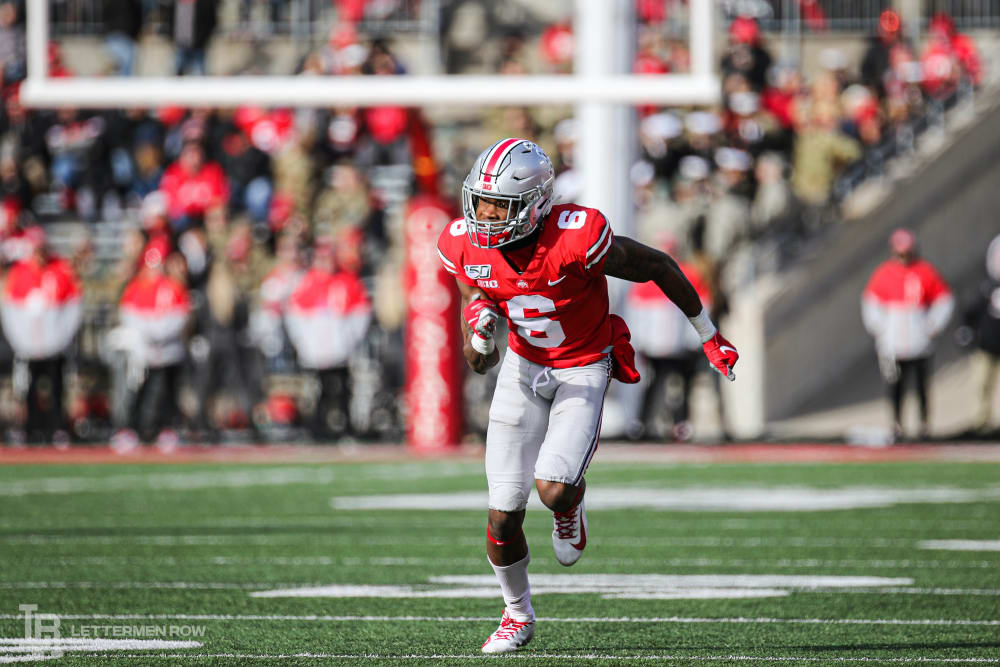 Jameson Williams will look to break out in his second Ohio State season. (Birm/Lettermen Row)

“The biggest impression is how competitive they are, how much they care about it, how much it matters to them,” wide receivers coach Brian Hartline said. “Those are the things that jumped out. They have an uncanny ability to make plays, and they want to help their teammates. They’re very coachable, very positive. But again, it was only three practices.”

Only three practices, but those are what the coaching staff has to work with right now amid the current circumstances. So how will the room shake out? What could the numbers look like for a wide receiver room loaded with talent at Ohio State?

Over time last season, Olave became the go-to weapon for Justin Fields in key moments, including a fourth-down touchdown toss in the Fiesta Bowl that gave the Buckeyes a fourth-quarter lead. His chemistry with Fields can and probably will improve this offseason, even with the unexpected layoff. With another year to work and find comfort with each other, they’ll grow into one of the most feared quarterback-wide receiver combinations in the country.

Wilson, meanwhile, shined in his first season on campus. He is already living up to his five-star status out of high school. With show-stopping catches throughout the year and a huge game against Michigan late in the season, Wilson became feared by Big Ten secondaries as the year went on. That will likely continue as he continues to work with Hartline and hone his skills as an elite route-runner from his new slot position, replacing K.J. Hill.

But following Wilson and Olave, it’s tough to predict who will become the third option for Fields. Could it be a tight end like Jeremy Ruckert? It could, but Ohio State may favor another wide receiver more while spreading the ball around and finding quick targets. Let’s just assume C.J. Saunders returns for the Buckeyes. He could be a reliable option.

Williams has incredible speed and skill, but he had a couple drops a season ago. If he can correct those, he could be a breakout candidate that has a productive second season. The freshmen are all on even footing; all four have the potential to be stars early in their Ohio State careers.

Simply put, after Wilson and Olave, the room is wide open. And it could be a matter of who steps onto campus for fall camp and shines during the weeks leading up to Sept. 5.

If these numbers are remotely close and Fields connects with tight ends and running backs, the Ohio State quarterback will certainly be in contention for the Heisman Trophy — and the wide receivers will be one of the best units in the country.