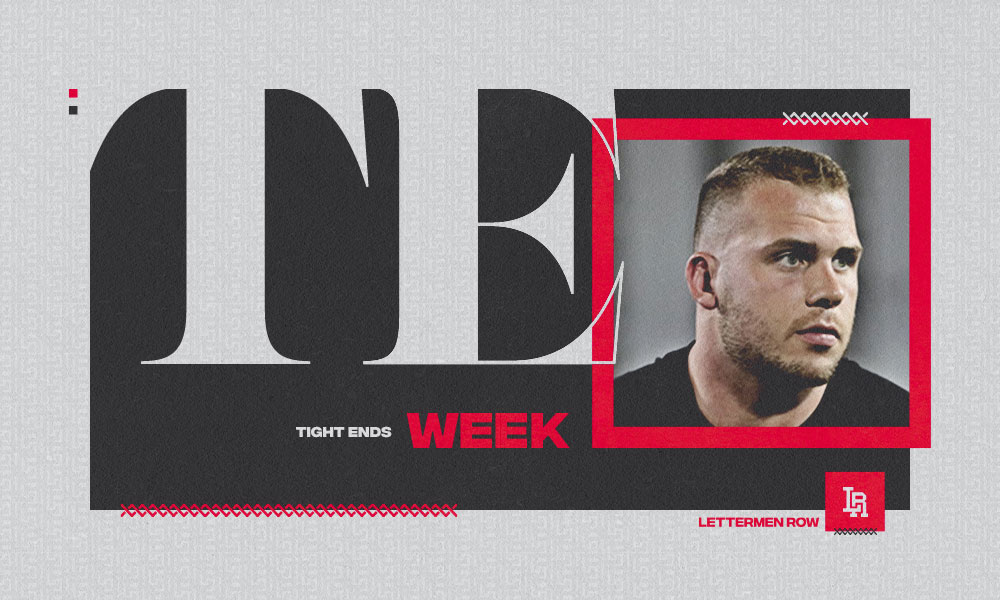 Jake Hausmann is trying to have an impact in his final Ohio State season. (Birm/Lettermen Row)

COLUMBUS — Jake Hausmann is a former top-130 player in the country. Mitch Rossi is a walk-on who was never highly-recruited out of high school.

Both of those senior tight ends have taken completely different routes to where they are now at Ohio State as two guys who shouldn’t be overlooked just because they are stuck behind two future NFL Draft picks in one of the deepest and most talented units on the Buckeyes roster.

That tricky path to significant playing time won’t stop either of them from doing whatever it takes to make an impact for the Ohio State tight ends — however they can.

“It’s fun,” Rossi said this spring. “I just want to get on the field any way I can. So whatever role that takes, it’s whatever I’ll do. I’m more of a fullback-build guy, but I’ll do whatever job they need me to do.”

Hausmann has two career catches — one for a touchdown — and was on the field for run-blocking situations last season. Rossi has one catch in his Ohio State career. All three of those combined receptions came last year when the Buckeyes were dominating opponents and the backups were in the game. And the two tight ends in front of them on the depth chart are returning for another season of production.

Those circumstances won’t make it easy to find the field. Not even for a former four-star recruit or a walk-on. The opportunities are limited, especially with only one ball to go around. 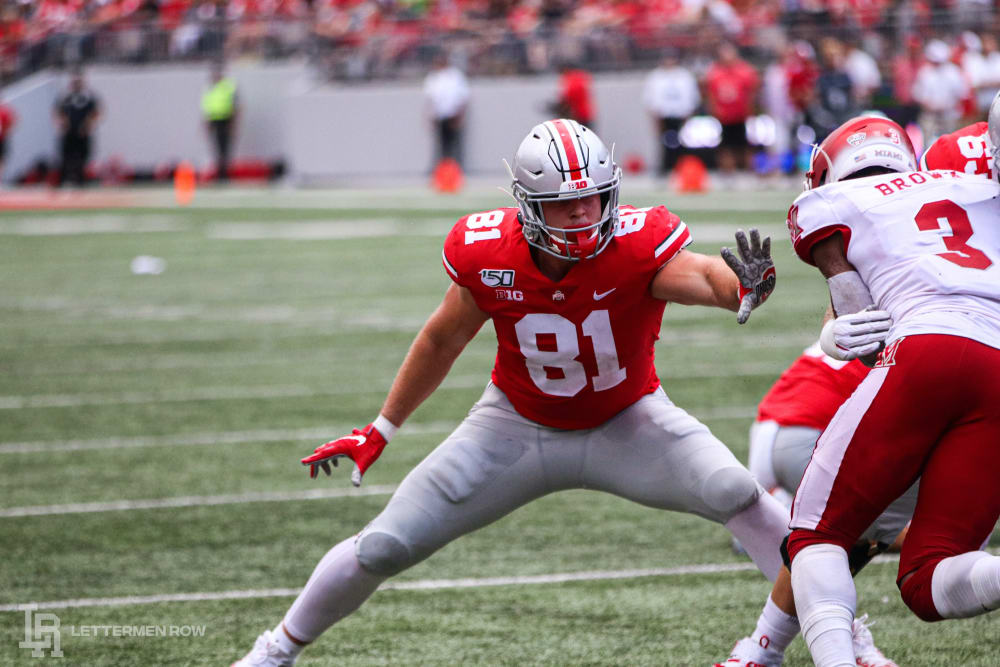 “We’ve got a decent amount coming our way this spring,” Hausmann said. “But it’s definitely probably not as much as the receivers, so when it comes your way, you have to be ready to catch the ball.”

Hausmann is a true tight end. It’s where he starred at Archbishop Moeller in Cincinnati before coming to Ohio State. It’s where he planned to have a productive Buckeyes career. His 6-foot-4, 255-pound frame fits on the field.

Maybe his career hasn’t gone the way he originally planned. As the Buckeyes continued to develop their offense, Hausmann’s fellow 2016 recruit Luke Farrell began to emerge as a weapon for the Buckeyes. And then, they recruited Jeremy Ruckert, the No. 1 tight end in the 2018 class who has grown into another option for Ryan Day and the offense.

Finding the field has been tough for Hausmann.

“It’s a different process for everyone, just figuring out how to fit in with the system and make plays,” he said.

Rossi, meanwhile, doesn’t have to play tight end. He certainly would love to, but he’s not a prototype tight end. He’s a fullback in an offense that hasn’t used a full-time fullback in nearly a decade. So while Hausmann is a tight end by default, Rossi tries to find other ways to make an impact — even if that’s not lining up at tight end, catching passes or run blocking. 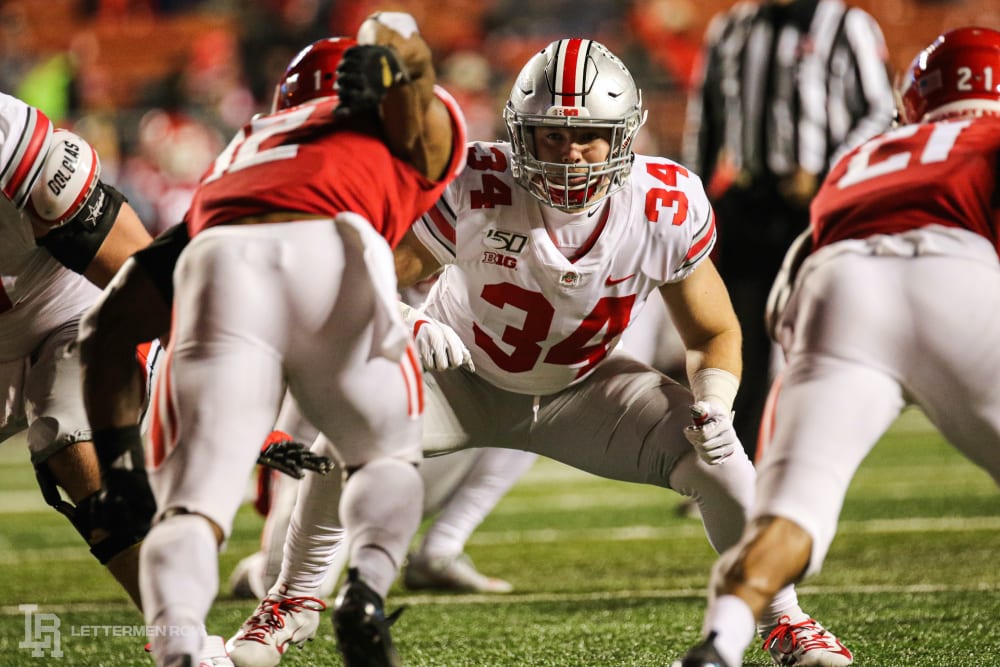 “I watched guys like Craig Fada and Joe Burger, that’s the type of role I wanted to fit into,” Rossi said. “That’s why I wanted to find my role on special teams and just contribute wherever I can get on the field. I knew it was going to be hard, but I just keep my head down, keep moving.”

Last season the offense introduced more pro-style concepts with more frequent use of two-tight end packages. That’s when Hausmann started to become a solid option if the Buckeyes need a run-block tight end on the field. Maybe that’s his path to playing time again. And maybe as the offense continues to move that direction, the need for a fullback-tight end hybrid like Rossi will return.

But even if it doesn’t shake out that way, both Jake Hausmann and Mitch Rossi will be ready to enter the game for the deepest unit on the Ohio State roster.

“Just give yourself to the program,” Rossi said. “Work as hard as you can. Don’t think about everything else. Things will fall into place.”