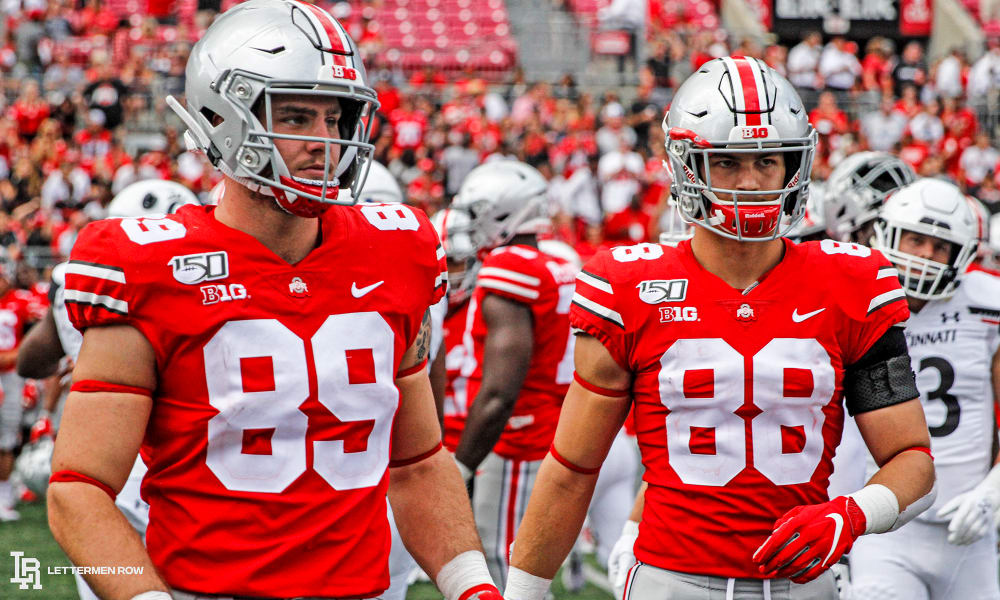 COLUMBUS — The same conversation happens every offseason for the Ohio State tight ends.

Will they catch more passes this season? Will they become a bigger part of the offense? Will this be the year?

Questions pop up every summer. Then the fall rolls around, Ohio State hums offensively and the thought of getting those talented tight ends more touches fades away. The good news for the Buckeyes? Even without the big numbers and stat-sheet production, the tight ends are some of the most useful members of the offense.

Jeremy Ruckert and Luke Farrell will take most of the first-team reps for the Buckeyes offense this season. The two experienced Ohio State weapons have a chance to break the mold of under-utilized tight ends. With a potent group of wide receivers, a stable of running backs and a Heisman Trophy favorite returning at quarterback, both tight ends are in excellent position to truly break out in the Ryan Day and Kevin Wilson offense. 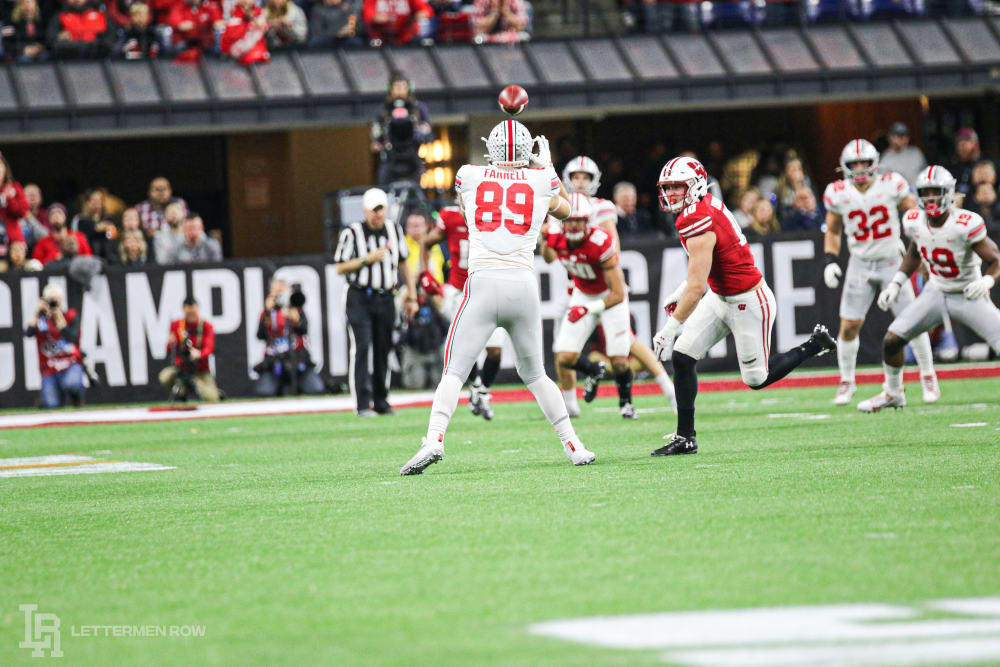 Luke Farrell has been productive for Ohio State. (Birm/Lettermen Row)

Both Farrell and Ruckert were highly-rated out of high school. They both have flashed unreal playmaking ability for the Buckeyes already. Farrell was the primary tight end with his blocking and pass-catching, but Ruckert grew just as versatile as the season went on.

“I knew if I came here, I wouldn’t be able to get on the field if I didn’t learn how to pass protect and run block,” Ruckert said. “I think learning how to do those two things the last couple years has been crucial in developing me as a player. I mean, the goal was obviously to make it to the next level. And if you’re a one-dimensional player, there’s only so many things you can do. So, with all the cuts they have and the small rosters they have [in the NFL], I think coming to a place like this to develop into a complete tight end was the best option for that.”

And the Buckeyes have two promising tight ends that could end up in the NFL on the roster right now. Both Farrell and Ruckert are that talented. But will the Buckeyes find ways to get them the ball?

If there is ever a year for Ohio State tight ends to break out and have an ultra-productive season, it would be this upcoming campaign when the Buckeyes have just two of their top five receivers returning, inexperience at running back and one of the best quarterbacks in the country.

Chris Olave will undoubtably be Justin Fields’ go-to weapon on the outside at wide receiver. And Garrett Wilson should see plenty of production from his new position in the slot of the offense. But after that, the Buckeyes don’t have a sure-answer as the No. 3 target for Fields. Four of the options at wide receiver for Fields will be true freshman, and aside from Olave and Wilson, the rest of the returners are inexperienced or veterans who haven’t made a push for playing time yet. 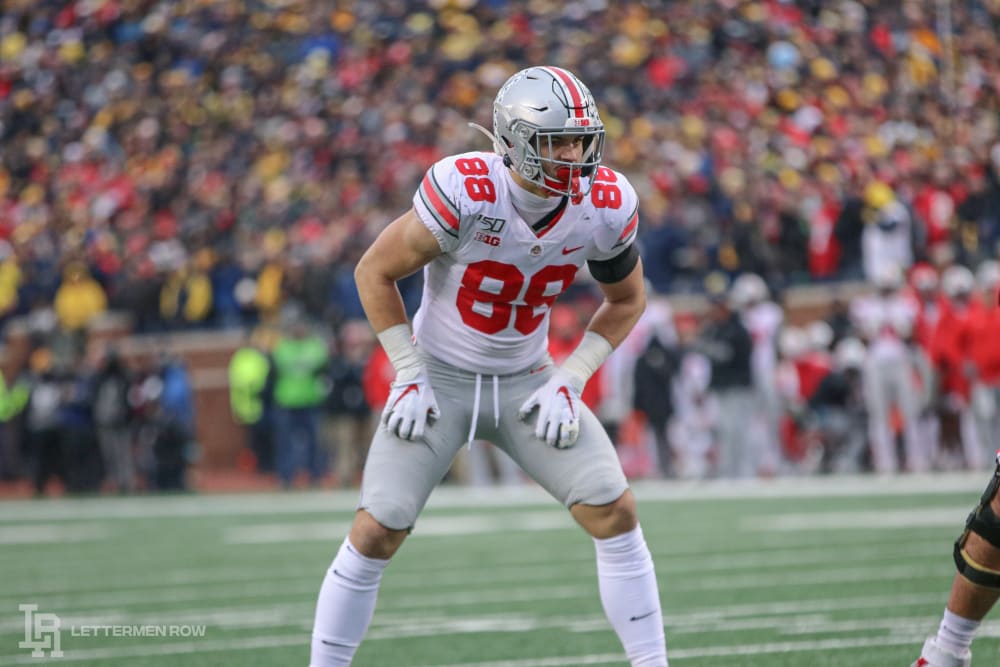 Ohio State tight end Jeremy Ruckert has a chance to break out this season. (Birm/Lettermen Row)

Seems like the perfect time for Ruckert and Farrell to be featured in pass packages even more. That all comes, however, knowing that even when Dwayne Haskins shattered the Ohio State passing records in 2018, he still didn’t find the tight ends more than the usual Ohio State offense tends to do.

The tight end production remains difficult to project because there are some unknowns within the offense.