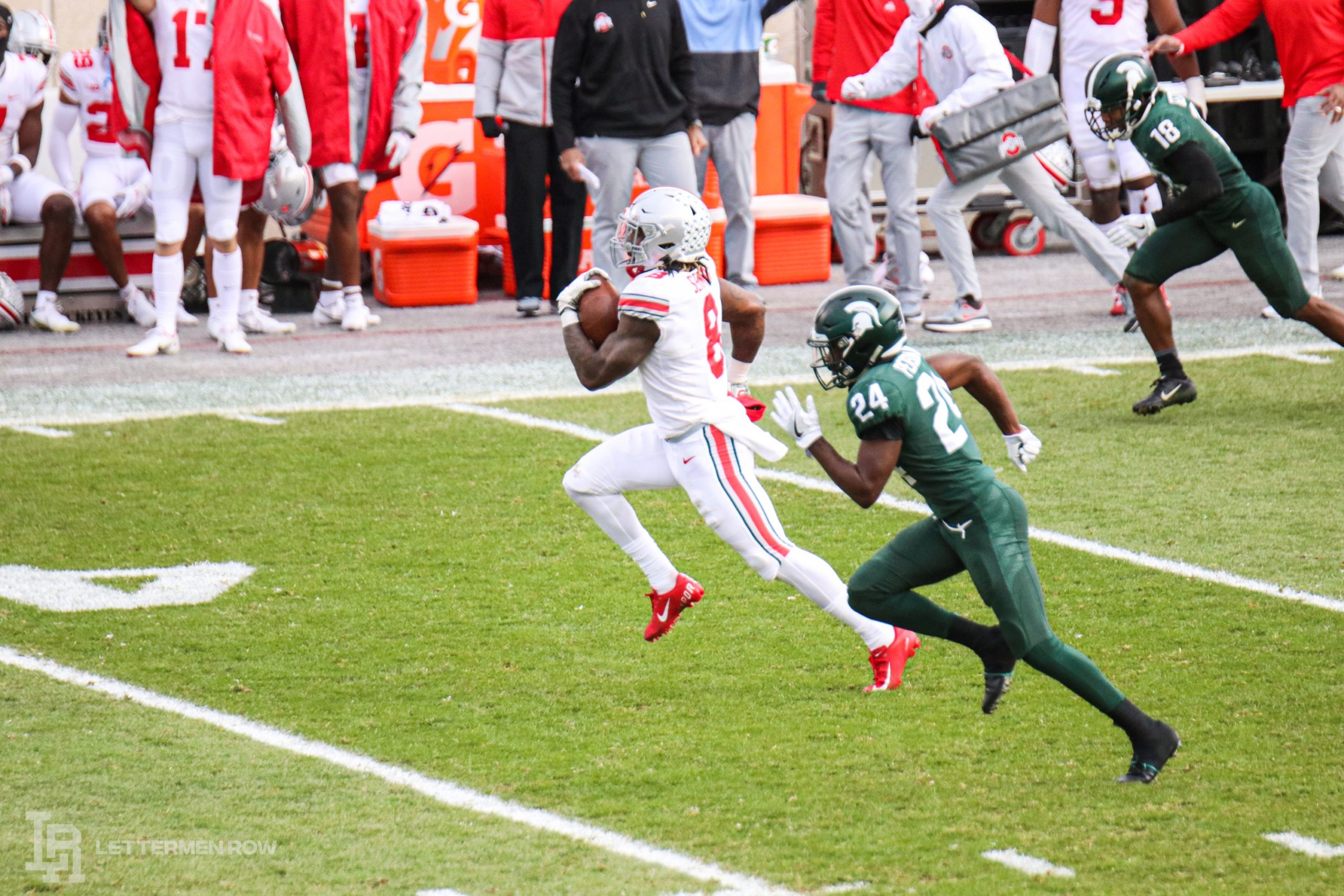 COLUMBUS — The tools have been there for a Trey Sermon breakout at Ohio State.

The offense is perfectly set up for a tailback such as Sermon. The passing game opens up running lanes. And the Buckeyes have been gradually getting better at running the ball.

But the graduate transfer from Oklahoma had to build his way to the breakout, 112-yard outburst in the Buckeyes 52-12 blowout win over Michigan State on Saturday afternoon. It didn’t come instantly. After a knee surgery and rehab, a transition into a new locker room and system and plenty of practice reps, Sermon finally exploded.

It was a long-time coming.

“I definitely felt like it was going to happen,” Sermon said on Saturday. “Each week I just felt like I was gradually getting better, getting more in synch with the offensive line and just getting used to playing with those guys.”

In the previous Ohio State outing against Indiana, Master Teague was the hot-handed running back — and the offense fed him; Teague had over 100 rushing yards behind the starting offensive line. Saturday, it was Sermon’s turn, but he was running behind an offensive line patched together without three of the five starters. That didn’t matter.

He still found ways to squeak through holes and be effective on the ground. And now that both running backs are rolling, the Buckeyes might be building a two-headed monster at running back to pair with dual-threat quarterback Justin Fields.

“It was kind of slow the first few games, but I mean, just practicing hard, continuing to get reps and just get a good feel for it,” Sermon said. “And I was able to make the most of my opportunities [against Michigan State].”

Sermon finally broke out for his first 100-yard rushing output in an Ohio State uniform. But he wasn’t the only Ohio State playmaker to improve their stock in the blowout win over Michigan State on Saturday. Lettermen Row has four others who helped themselves in the win. 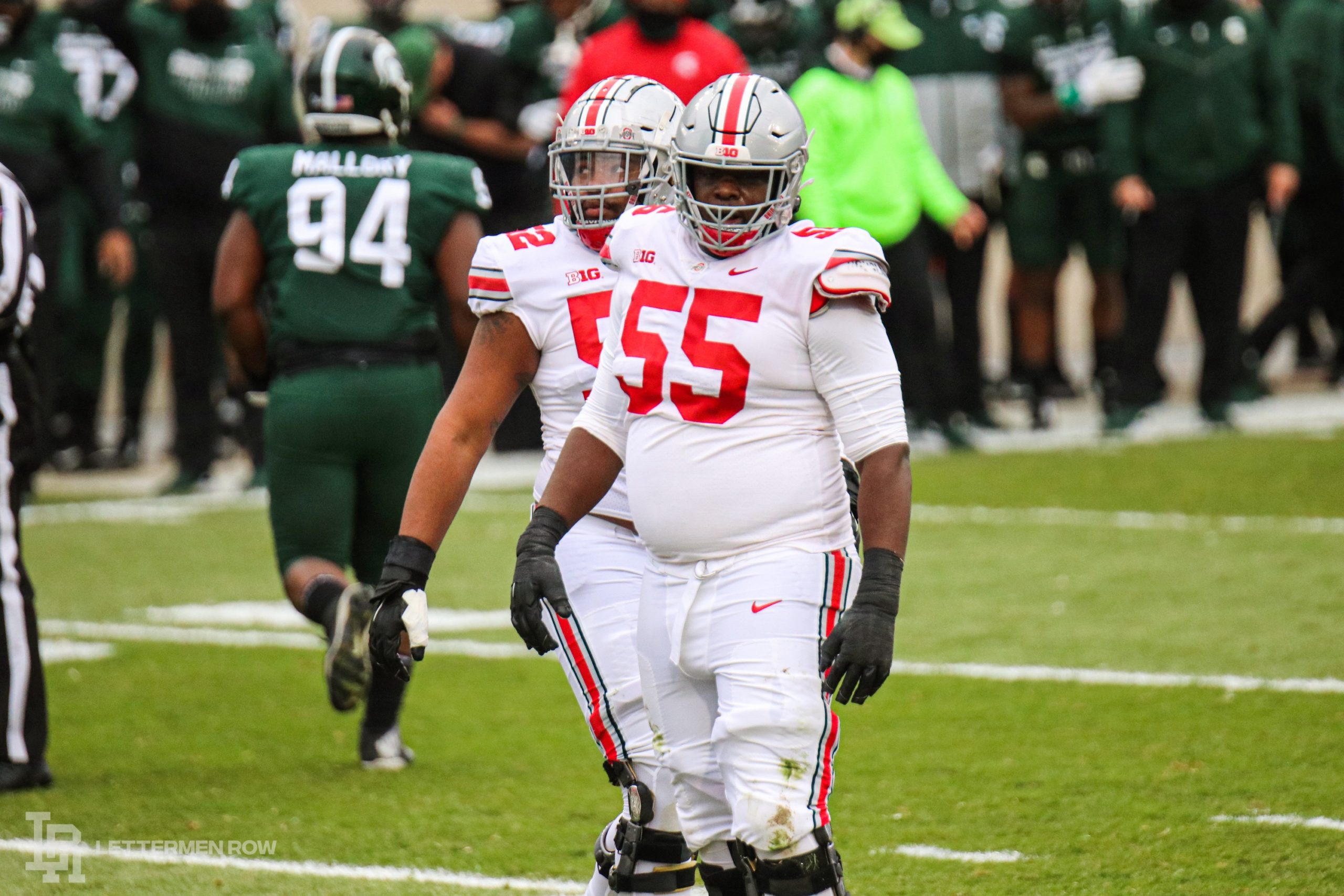 Matthew Jones was one of the three Ohio State players who filled in on the offensive line. (Birm/Lettermen Row)

When the Buckeyes released the availability report Saturday morning, three of the five starting offensive linemen — Josh Myers, Thayer Munford and Nicholas Petit-Frere — and backup tackle Paris Johnson were all listed as out. Who was going to start on the offensive line to keep the run-game rolling and Justin Fields upright? Well, enter Max Wray. And Dawand Jones. And Matthew Jones. The three newcomers in the trenches slid in alongside Wyatt Davis and sliding-to-center Harry Miller to form an offensive line that dominated the line of scrimmage. The Buckeyes had two 100-yard rushers. Fields was sacked three times but only knocked down four. The offensive line came together nicely and performed well, even in the circumstances. And the Buckeyes now have proof that Greg Studrawa has built a deep room. 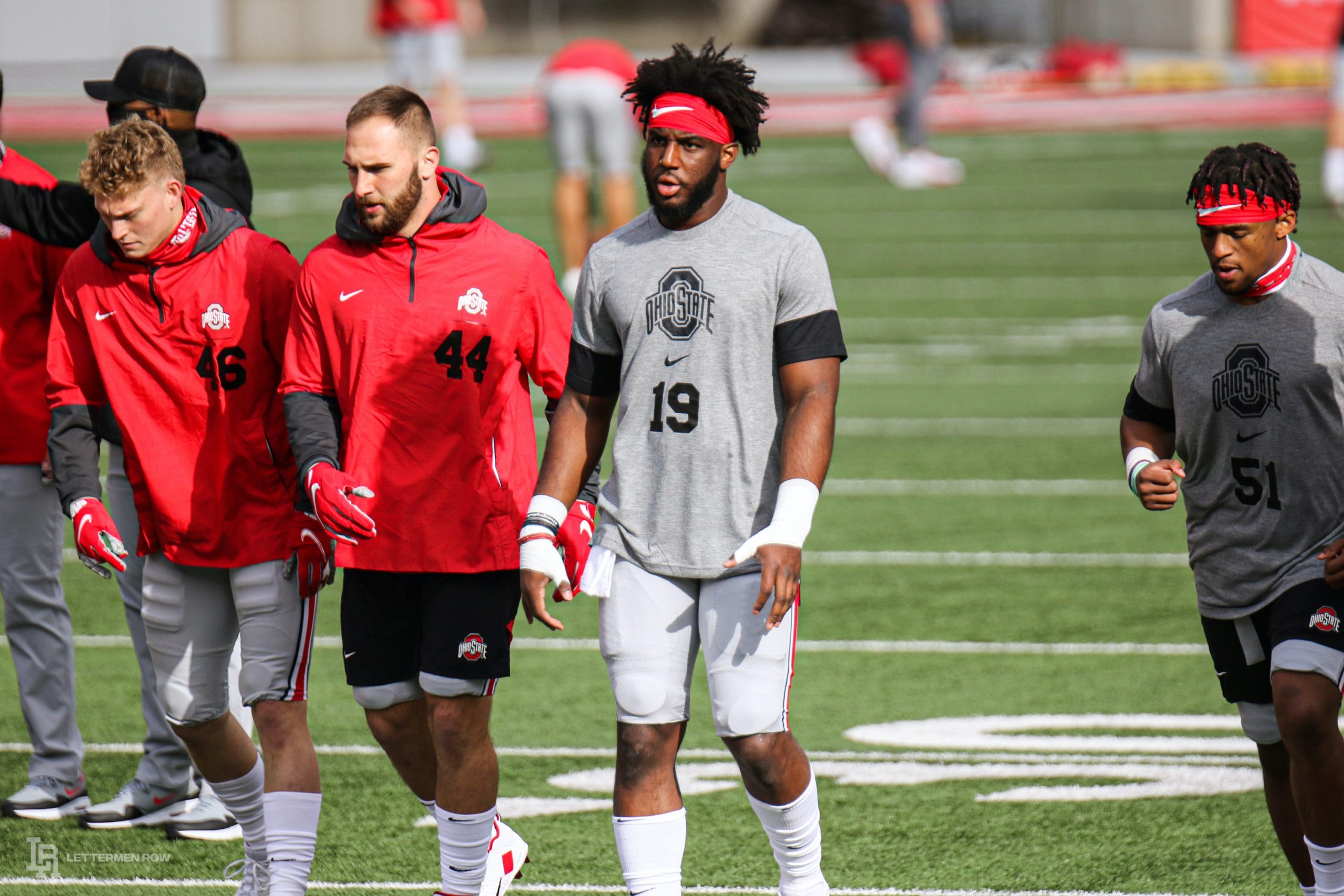 Without star captain linebacker Tuf Borland to anchor the Silver Bullets defense, Ohio State had to turn to a junior who has been waiting for his chance. And Dallas Gant made the most of the opportunity to step in for Borland. Gant finished the game Saturday with five total tackles, one for loss, in the blowout. He showed an ability to fill holes against the run and drop back in pass coverage and be serviceable in that regard. Gant has had a long time to wait behind Borland, Pete Werner and Baron Browning in the linebacker rotation, but he also offered a glimpse of the future at linebacker for the Buckeyes with a big fill-in performance against the Spartans. 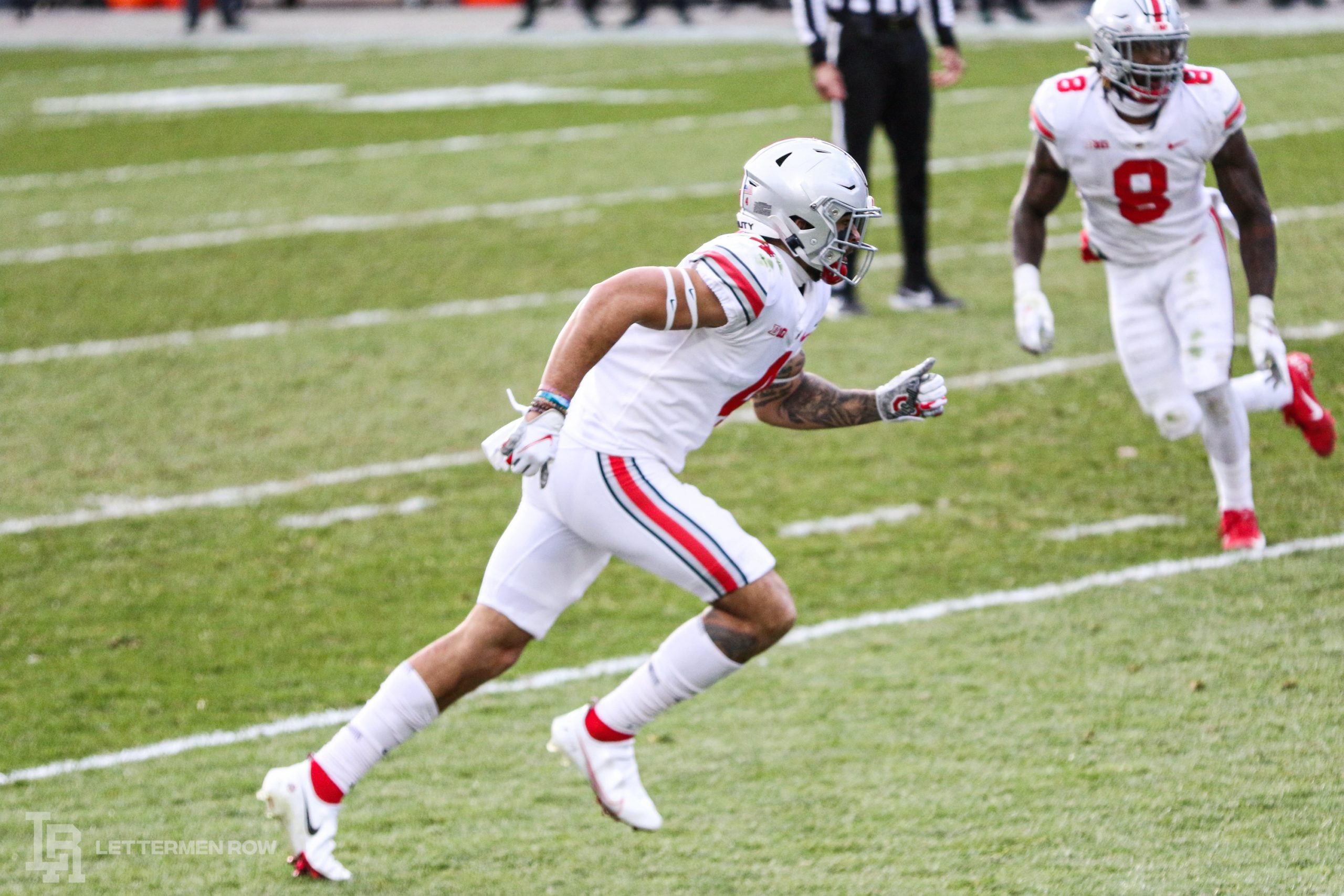 In the game against Indiana last month, Fleming bounced back from a drop against Rutgers with a huge play, stripping the ball from a Hoosiers defender to give the Buckeyes the ball back following a Justin Fields interception. Those hustle plays can translate into more opportunities for a young player such as Fleming. That came to fruition against Michigan State, when the Buckeyes threw Fleming’s way twice for two catches and eight yards. Sure, that’s not the kind of breakout performance that will have fans excited for the No. 1 wide receiver in the class of 2020, but as the season goes on, Fleming has a chance to continue his ascent and build toward a breakout sophomore season.

The Buckeyes have put on a clinic at defensive tackle this season, as starters Tommy Togiai and Haskell Garrett set the line of scrimmage and disrupt opposing offenses whenever they choose. But the interior is just another position that can have depth if the Buckeyes need it to, and Jerron Cage is proof of that concept. Cage, who has gotten lost in the rotation for nearly his entire career, is beginning to find the field in big moments such as the first halves against both Indiana and Michigan State. He even recorded a sack against the Spartans, showing Larry Johnson and the defensive staff that he can be a contributor as the Buckeyes push for a national title.